Damon Jackson Is Ready For It All

In His Second UFC Stint, Damon Jackson Shows The Benefits Of Patience, Dedication And Experience.
By Thomas Gerbasi, on Twitter @tgerbasi • Nov. 30, 2020

There was a lot of emotion behind the September return of Damon Jackson to the UFC after a more than four-year absence.

The Texan was back in the big show, he came in on short notice, then submitted top-flight featherweight Mirsad Bektic in the third round, earning a Performance of the Night bonus in the process.

It would be enough for any fighter to have a little trouble getting “up” again for the next fight. Jackson knows that’s true for most, and he understands that dilemma, but he’s not having any trouble finding motivation for this Saturday’s meeting with unbeaten Ilia Topuria. 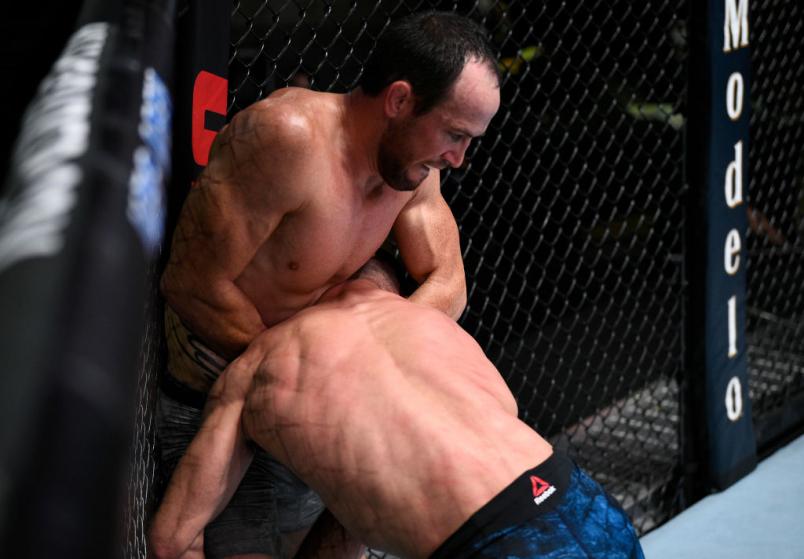 “It's been such a long trip,” muses Jackson, who went 0-1-1 with 1 NC in his first UFC stint from 2014 to 2016. “Getting there in the first place, I wasn't ready for it mentally and my level wasn't there. So just building up over these past four, five years, I've been grinding, trying to get back there just to prove to myself that I belong there. And to come back there and step in and get that big win was pretty unreal. But that same motivation to get there, that has now turned into me getting a new contract. So I'll be happy when I get these next three or four wins and then move on to my next contract.”

Motivation? Not an issue when you’re already thinking about putting together a string of wins and getting a new contract. So it’s clear that the 32-year-old Jackson isn’t the same man he was back then, and going 8-2 with seven finishes leading up to his win over Bektic shows that he’s not the same fighter he was. That doesn’t mean it was all smooth sailing as he fought his way back into the promotion, but he always believed he would be back.

“You have to believe in yourself or you'll never make it in anything,” he said. “I never really doubted myself at all. But I saw guys that were making it in there and getting wins that I knew I could beat, and I was like, I need to be there. It kept me really motivated to see people I knew I was better than in there.”

Now he doesn’t have to wonder anymore, and as he tests himself against the rest of the fighters in the featherweight shark tank, he’s finding out that all that experience he has as someone with 23 pro fights under his belt means something more than he might have thought it did when he was 9-0 and ready to take on the world as he began his first stint in the Octagon.

RELATED: Montana De La Rosa Is Coming Into Her Own As A Fighter | UFC Vegas 16 Fight By Fight Preview 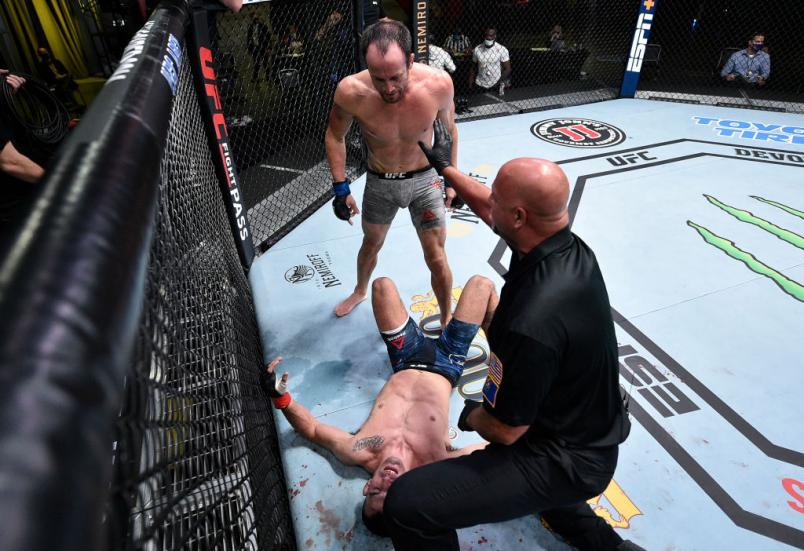 “Young talent is definitely something that you have to respect,” he admits. “But also the knowledge in all the different fights that I had, you gotta respect that too. It's not like I'm an old man. I'm 32, but I'm just now starting to feel like after ten years that I’m really figuring out who the hell I am.”

That’s bad news for Topuria, who, at 23 with a 9-0 record, is precisely the young talent Jackson is referring to. Yet that doesn’t mean Jackson is dismissing his opponent, grumbling “Get off my lawn” to the Georgian prospect. It’s exactly the opposite, and before I even get to ask Jackson if he’s of the mindset that he just needs to show up and fight without any pre-fight homework, he reels off a detailed scouting report, ending with, “I definitely respect the kid.”

“You gotta respect everyone,” he laughs. “You're getting in there and it's a fistfight.”

And though he admits that he’s not staying up until 3am on a Friday night to watch Pancrase fights from Japan, there is plenty of prep work getting done at the Fortis MMA gym in Dallas along with his longtime coach Sayif Saud.

“I don't sit around and watch people’s fights unless I am training with them,” Jackson said. “So the only fights I watch are the ones when my guys fight. I used to be obsessed, but when you go into camp mode, you want to break down someone's style and you want to make sure that you're focused on yourself and how you can prevent yourself from giving them the advantage. I like to watch the film and get a really good assessment and make sure that I have a good understanding of who the people are. After that, I do focus on myself more than trying to beat the opponent; I try to focus on beating myself and how they're going to try to use their style against me. That's why everyone under Sayif is so successful. He does so much of that for us. You might think you have a gameplan, and then whenever we talk about it, it's gonna completely change because he'll tell you what's gonna happen. And when he says something's gonna happen, I would say 99 percent of the time it happens. That's why we have so much respect for him at Fortis as a team.” 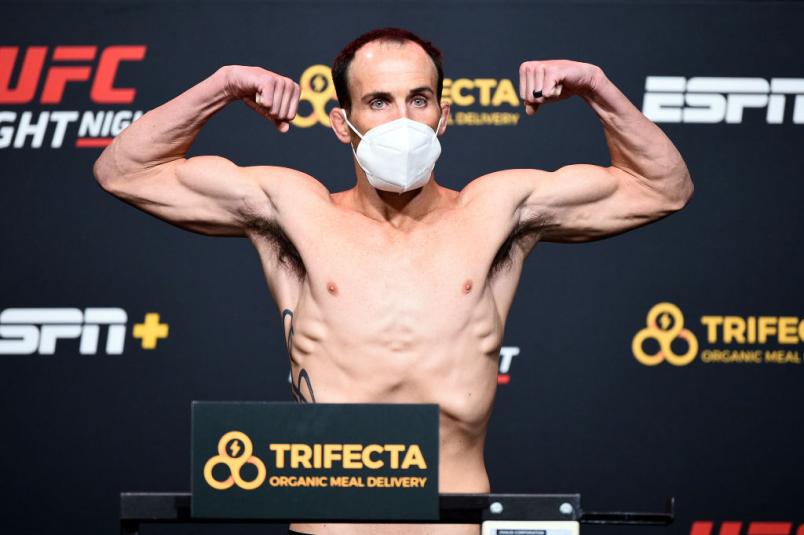 This is not a new opinion of Saud, who has emerged in the last few years as one of MMA’s top coaches. Let’s just say Jackson was an early adopter of the teachings of his coach.

“I was 3-0 when I met him,” Jackson said of Saud. “I moved from Missouri down to Dallas just to work with him and the team. I've been with this guy forever and it's pretty crazy to be on this trip with him this whole time. He knows my style better than anyone. He's the only coach I've ever had in my corner and it gives me a lot of confidence.”

That confidence led him back to the UFC, and this time around, Jackson isn’t planning on going anywhere else anytime soon.

“I just have so much focus on MMA again, and it's so nice to be back in the UFC,” he said. “That's a feeling that I could never replace with anything else. As soon as I got cut, the first thing that was on my mind was getting back there. So now that I'm back, I want to stay active and I want to stay as busy as possible because I know it's not gonna last forever. I'm not gonna be fighting into my 40s, so I'm gonna go hard all year (in 2021). I'm gonna ask them for a fight as soon as this fight's over and stay as active as possible and maybe break into that top 15, fighting anyone that's ready to fight.”