Win Or Lose, Veteran Featherweight Is Always Ready To Get Back In The Octagon
By Thomas Gerbasi, on Twitter: @TGerbasi • Oct. 8, 2021

It was almost a “say it ain’t so” moment. Damon Jackson, old school to the core, not interested in following the trends of younger fighters, showed up on Twitter in July.

“That was me being very, very desperate, wanting a damn fight,” he laughs. “I can't call (manager) Jason (House) every time I think about wanting to fight somebody, so I said I'm just gonna say, in a nice way, ‘Hey man, let's fight.’ I had three different people that I had potential matchups with and I had a fight within a week or two after having it. So maybe it's a tool and you can use it for something like that, but that's as far as it's gonna go.”

That means no inspirational memes and no TikTok dances from the 33-year-old Texan, who narrowed his choices down to three fellow featherweights: Darren Elkins, TJ Laramie and Charles Rosa. And this Saturday, he will meet “Boston Strong” Rosa in Las Vegas.

Mission Accomplished for Jackson, who, for the record, hasn’t tweeted since August 25, when he got the Rosa fight. Nothing personal, social media, it’s just not Jackson’s thing.

“Every major news outlet talks about how so and so tweeted and said, f**k you, whoever,'” he laughs. “Then it actually takes off and you look six months later, and these guys are actually fighting. It's definitely something that you gotta respect, and I always have, it's just that I get tired of it, dealing with the daily posting, 'Oh, working out today.' Nobody cares. It gets kinda old. So using it as a tool to get a fight, I'm down with that, but that's as far as it will go. If someone wants to talk some smack, I'll talk back to them, but I'm not trying to call everybody out. I have four girls that are watching everything I do, so I don't want their buddies at school telling them about some dance I did on TikTok or something like that.”

Now that would be something to see, but it’s also something we probably never will see out of the veteran, who is truly one of those people who just wants to fight. So after a knockout loss to Ilia Topuria last December, it wasn’t time to mope or take a vacation. As soon as he was ready to fight, he went looking for one. That’s just the way he’s built.

“If I were to go out there and I would have knocked someone out, I would still be eager to get back in,” Jackson said. “You have one night to go out there and show the years and the months and the prep and all the stuff you've been doing to get ready for that fight. You have that one chance to get in there and it's just not long enough.”

It’s the blessing and the curse of MMA. One night to get it right, but if you don’t, it’s usually a couple months (or more) before you get to perform again. And while Jackson is disappointed that the loss to Topuria snapped his two-fight winning streak, his desire to compete overrides his desire to erase the memory of the defeat.

“I honestly thought that was gonna be more of a straightforward grappling match,” he said. “I should have had the experience over him, I should have been able to take him through that first round with those little, scrappy, back-and-forth goes that we had, but he came out aggressive and he got me backing up. And my coach is like, don't back up, don't back up, and it just happened so quickly that it caught me off-guard, and that's the first time it's really ever happened like that for me. So I'm definitely eager to get back out there, but it's really because of the competition.” 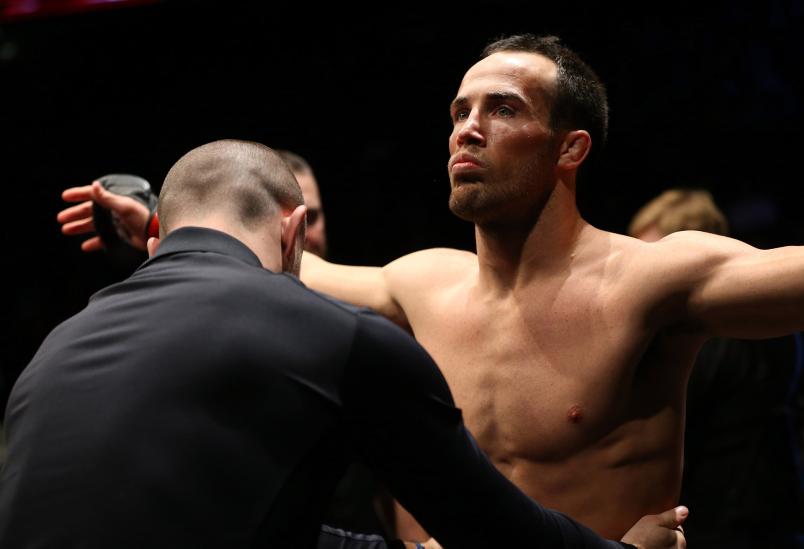 Saturday, the wait is over, and Jackson couldn’t be happier, because while the money and the glory is nice, there’s nothing like getting ready for that one night under the lights.

“I've worked with a lot of pro athletes,” Jackson said. “I've worked with a lot of people on the (Texas) Rangers and some of the (Dallas) Mavericks and some of the guys that were former athletes, and they all understand. When you don't have a season, all you think about is that you can't wait until the season starts. It's just built in you. With fighting, it's like a State championship match or it's the National championship match and you get that one match to look forward to for three months to get ready for. The competition is what I miss about it.”