Damir Ismagulov Is Determined To Level Up

It's been nearly two years since lightweight Damir Ismagulov's Last Fight, At UFC Fight Night: Font Vs. Garbrandt He Plans To Remind The World Who He Is.
By E. SPENCER KYTE, ON TWITTER @SPENCERKYTE • May. 18, 2021

If New York is “The City That Never Sleeps,” the UFC lightweight division is “The Weight Class That Never Rests.”

Every week, as another event hits the Octagon, there is invariably at least one critical lightweight matchup that is set to take place. Whether it’s a budding star facing their first true veteran challenge, fringe contenders battling to enter the title picture, or promising newcomers crossing paths early in their development, almost every event features at least one pairing that puts another name forward for consideration in the 155-pound weight class, instantly swallowing up whatever standout effort transpired 7-14 days earlier.

So imagine what it’s like when you’re forced to the sidelines for more than 18 months, as has been the case for Damir Ismagulov, who returns this weekend to face Rafael Alves in his first appearance since the final day of August 2019.

“I was paying attention to the lightweight division while I was gone,” began Ismagulov, who is 3-0 inside the Octagon and 22-1 overall heading into his return to action on Saturday. “I saw many new names emerge during this period, including some guys I trained with before. 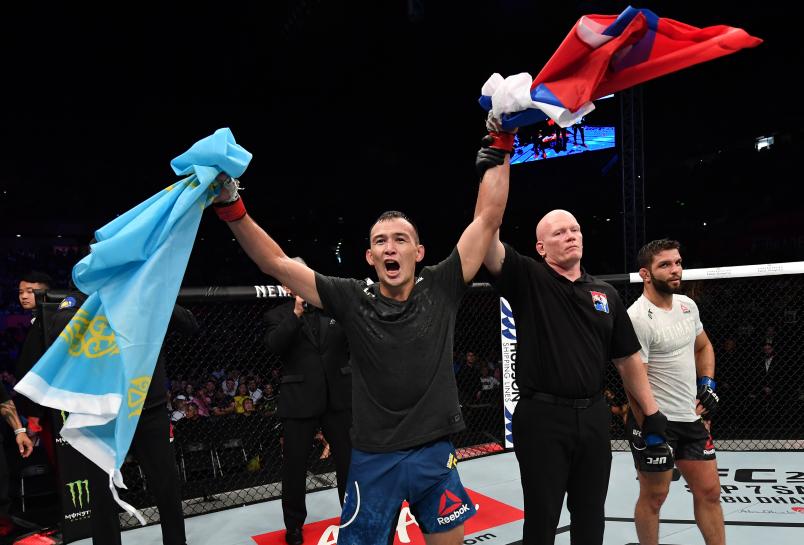 Damir Ismagulov of Russia celebrates after his victory over Thiago Moises in their lightweight bout during the UFC Fight Night event at Shenzhen Universiade Sports Centre on August 31, 2019 in Shenzhen, China. (Photo by Brandon Magnus/Zuffa LLC

“It’s very interesting to see how fast things changed. Lightweight is the most stacked and exciting division in UFC.”

In addition to seeing former training partners begin having success and working their way up the lightweight rankings, the 30-year-old also watched as the last two men he defeated prior to encountering the various injuries that have kept him out of action, Joel Alvarez and Thiago Moises, each produce three-fight winning streaks to climb to the fringes of the Top 15 in his stead.

“When I fought Joel and Thiago I knew that they were tough guys,” he said of his most recent foes, each of whom are undefeated since dropping a decision to Ismagulov in 2019. “They weren’t able to show their best self when they fought me, but in the next fight, they showcased their true potential, and maybe now they are even ranked higher than me.

“I’m happy for them that they are doing well,” he continued. “I’ve watched some of their recent fights and also every time they win, my friends and fans will send me videos of their fights, but right now, my focus is only my next opponent.

“Every fighter has weaknesses, and my goal is to exploit them. I signed a new deal with UFC, and I am determined to climb the rankings again.” 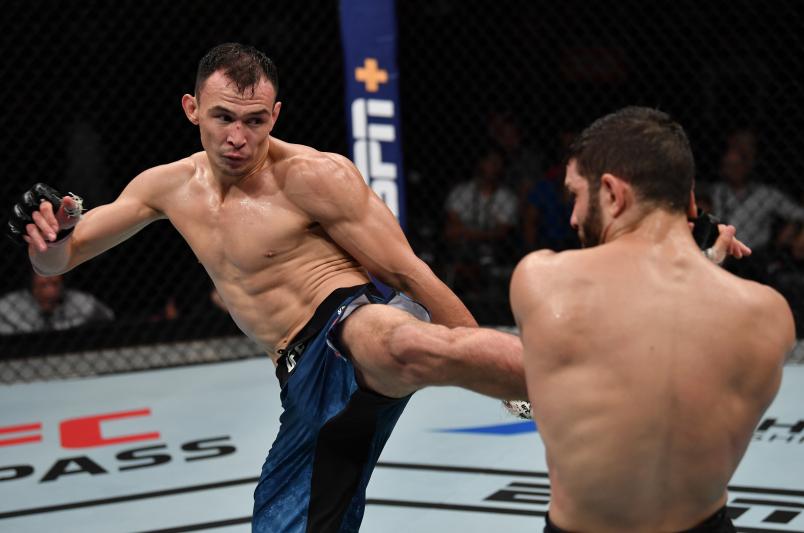 Hailing from Orenburg, Russia, Ismagulov is one of several fighters that enjoyed a tremendous amount of success under the M-1 Challenge banner before matriculating to the UFC, logging more than half of his professional appearances with the Russian promotion.

He won the company’s lightweight title and defended it twice before signing with the UFC, pushing his winning streak to 14 in the process, before entering the Octagon and registering a trio of unanimous decision wins over Alex Gorgees, Alvarez, and Moises to arrive at the 22-1 mark and 17-fight winning streak he carries into action against Alves this weekend.

Ismagulov was clearly on the ascent, moving into position to challenge some of the established veteran names in the deep lightweight waters following his victory over Moises, but that momentum was cooled by a series of injuries and obstacles, all of which he has now put behind him.

“These couple years have been very difficult, not only because of injury, but also because I was kind of left without a team and coaches at that time, and I had some personal issues too,” explained Ismagulov. “Right now, everything is behind me — I’m injury free and ready to compete again; I’m also back with my coaches again.

“It’s not easy at all when you are on crutches for a long period of time; you have all kinds of thoughts going through your head. Now that I can run and train again, I have a different mindset.

“I know it’s going to be hard coming back after such a long layoff, but I’m confident in myself and in my ability to dictate the style of the fight to my opponent like I did before,” he added. “My whole career, I was always focused on improving myself, so hopefully people will see that again in my next outing.”

Ismagulov’s return on Saturday is also Alves’ first foray into the Octagon after the MMA Masters representative had an inauspicious initial attempt to make the walk to the UFC cage. 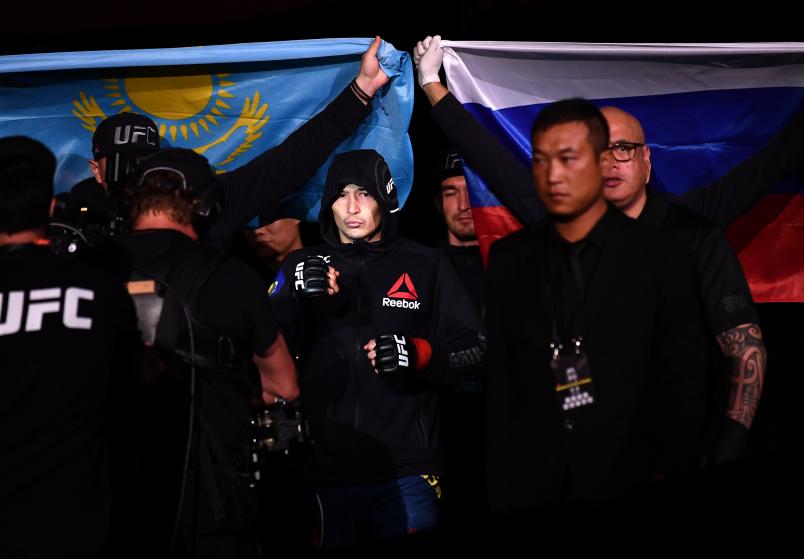 Damir Ismagulov of Russia prepares to fight Thiago Moises of Brazil in their lightweight bout during the UFC Fight Night event at Shenzhen Universiade Sports Centre on August 31, 2019 in Shenzhen, China. (Photo by Brandon Magnus/Zuffa LLC)

After earning a contract last summer on the Contender Series with a second-round submission win over Alejandro Flores, his second stoppage victory in front of UFC President Dana White, Alves was scheduled to compete at featherweight against Pat Sabatini towards the end of February, but the bout was scrapped the day before the event when Alves missed weight.

Not only did the Brazilian newcomer miss the featherweight limited, but he actually missed the lightweight limit as well, clocking in at 157.5 pounds, making him the new holder of a record no one really wants to claim as their own.

“I didn’t know much about him before he was offered,” began Ismagulov when asked for him thoughts on the man he’ll face this weekend. “But I watched a couple of his recent fights — I can tell that he is a pretty well-rounded fighter who can grapple and strike; he also is a very explosive athlete.

“It will be his debut and it is always hard to fight someone like that because they will come super motivated — they will do everything to make a name for themselves and I believe he is no different. He will come forward and try to brawl, do crazy stuff, but I’m ready to challenge him in every aspect and find the key to victory. It will be a very exciting fight for sure.”

Instead, he’s focused on setting the tone early, getting his hand raised again, and getting back into the thick of the chase in “The Weight Class That Never Rests.”

“I have a plan for this fight and I will try to follow it,” he began. “The first round will show who will control this fight.

“Getting my hand raised again will be a great comeback and push for another run to the top,” he added. “It will get me even more motivated to become better.

“I have big plans going forward and I’m determined to level up.”