After suffering his first loss in the UFC, Dalcha Lungiambula is determined to bounce back against Markus Perez and UFC Fight Island 8.
By Zac Pacleb, on Twitter @ZacPacleb • Jan. 17, 2021

Losses are always hard to swallow, but for Dalcha Lungiambula, his first loss in the Octagon brought additional challenges.

“It was not an easy time for me,” Lungiambula told UFC.com. “After my fight in Russia, I got an injury. I broke my jaw, but it was not like a bad, bad time. It was also a motivating time.”

The aforementioned loss came via a front kick knockout against Magomed Ankalaev in late-2019. More than a year later, Lungiambula is hoping to regain the form of the six-fight winning streak he brought into that fight in Moscow.

“I always learn from my mistakes,” he said. “I learned from that, and it doesn’t take me down. My spirit was there, and we’ll move forward from there.”

Up next for “Champion” is Markus Perez, who is stepping in on short-notice after Isi Fitikefu pulled out of the scheduled bout.

"I want to say it’s about when you fall down, you keep on going forward and it can determine a true warrior." - @Dalcha_Champion discusses bouncing back from his first UFC loss, fighting at #UFCFightIsland8 and more 🔊⬆️#InAbuDhabi | @VisitAbuDhabi pic.twitter.com/xz4914csPd

Perez, though he is coming off a trio of losses, has a reputation for entertaining and grueling scraps, which is exactly what Lungiambula is looking for in this fight. In his mind, it’s the perfect opportunity to get back on track and gain some traction in the light heavyweight division.

To sharpen his skill set, Lungiambula traveled to the United States for his fight camp, splitting time with his coaches as well as the crew at Xtreme Couture. It was a necessary move for Lungiambula, who feels like he can now settle into his status as a UFC fighter as he approaches his third fight in the promotion.

He’s also excited to fight in front of a crowd, as Ethiad Arena in Abu Dhabi is allowing a limited number of fans inside. While he never fought on a card without fans, he is eager to feel that energy again and share the energy of combat sports with people outside of those directly involved with the fight. 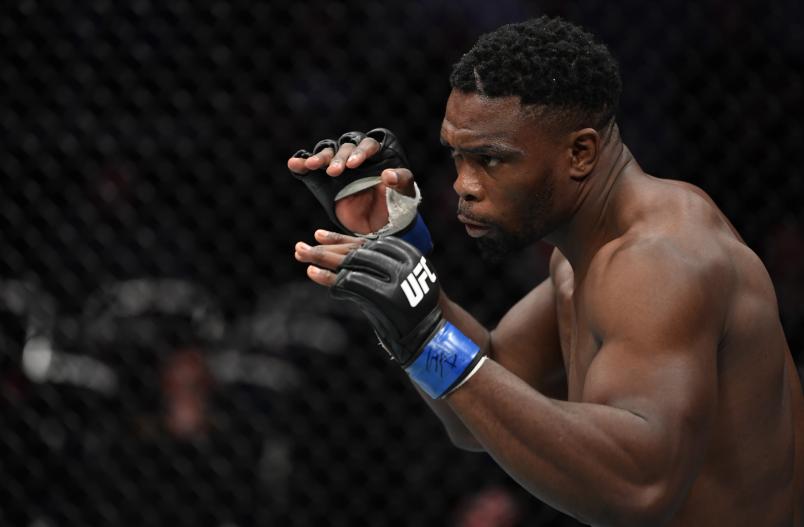 Most importantly though, Lungiambula wants to make a point with a rebound performance. He admits his last fight wasn’t his strongest performance for a multitude of reasons, but he is prioritizing the opportunity he has to respond to that adversity when he fights Perez on January 20..