Dakota Bush Has Never Been This Sharp

After Moving His Training Camp To Glory MMA In Kansas City, Dakota Bush Feels That He's In The Perfect Spot To Get His First UFC Win At UFC Fight Night: Smith vs Spann
By THOMAS GERBASI, ON TWITTER @TGERBASI • Sep. 10, 2021

It was the recipe for a family feud of epic proportions. UFC lightweight prospect Dakota Bush came up short of victory in his Octagon debut against Austin Hubbard in April and following the bout he made the choice to train with James Krause and the Glory MMA crew for his next one.

Nothing major so far; camp changes happen all the time in mixed martial arts.

It’s get the popcorn ready time, right? Not quite.

“Him and I sat down, and we talked long and hard,” Bush recalled. “And he basically said, 'I got you to this point and I can't really offer you anymore as far as we don't have the bodies at our gym, and we don't have the scheduling to where we both could train together full-time.' So he thought it was best, as well as I, to go to James' gym and spend a month up there and really learn and get better and use this camp to put me where I need to be so we can stay in the UFC.”

No drama. No ill words, no bad feelings. Just a father-in-law who cares about the man who married his daughter and who wants to see him succeed. On the other end of the equation, Bush makes it very clear that he still trains with Smith when he’s at home, and when he steps into the Octagon on September 18 to face China’s Rongzhu, his father-in-law will be in his corner at the UFC APEX.

“He's still a hundred percent a part of this,” said Bush. “He knew he was doing me a service by letting me go, and we still train together, so he'll always be in my corner and I'll always have him there.”

That shows you the kind of man Smith is, but it also shows the kind of man Bush is. The 27-year-old is just one fight into his UFC career, but he’s already garnered a reputation as a class act and one of the good guys of the sport. He appreciates such talk, but he puts it all down to action, not words.

“I just try to bring a positive attitude and work hard every day when I show up to the gym,” he said. “And it's just fun to see where this fight game has taken me. The people I've met and the relationships I've got to build, it's been crazy and I'm blessed, to say the least. That's all I can really say.”

Maybe it’s his no-nonsense, blue-collar attitude that has garnered him such praise, and it’s definitely a big reason why he clicked with the gang at Glory MMA & Fitness.

See Every Fight On UFC Fight Night: Smith vs Spann

“I think Glory's starting to blossom into one of the big household names in the country right now, and on top of that, I just fit in well with the culture there,” Bush said. “It's like a blue-collar community, mostly, so it took me one day to hit the ground running, just to figure out the whole schedule and how things worked there. And with James, he has a mind for the sport, and unless you've been there, it's hard to explain - his algorithms and the way he teaches, he just gets it. The little pieces I needed to add to my game, I did, and the pieces I already had, we just sharpened up and added some new tools to the belt.” 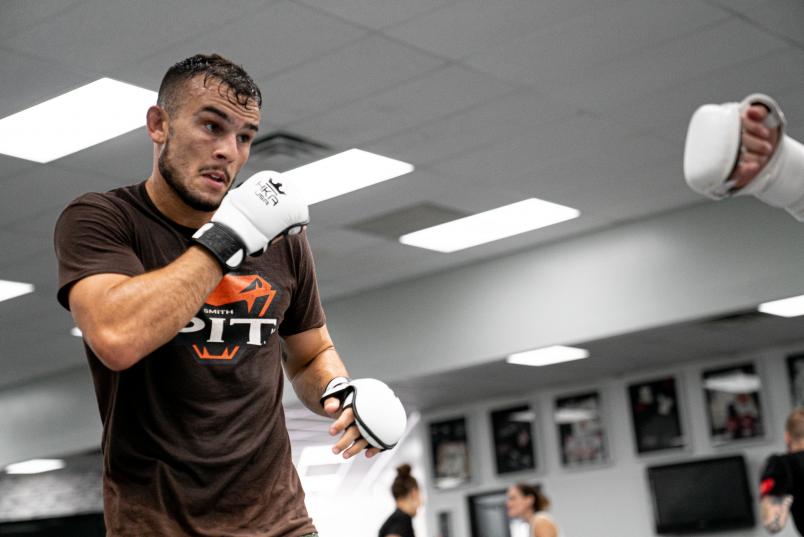 The camp with Glory has Bush more confident than ever for his bout against the youngest fighter on the roster. I ask the 27-year-old Missouri native if he could have handled the whole UFC experience as a 21-year-old like Rongzhu is.

“Definitely not,” Bush said without hesitation. “We say it all the time - it's just a game of time. When your time is ready and you're mature enough, when you get there, you can handle all the media, the pressure as far as big fights, television. Not saying that I couldn't have fought in the UFC six years ago, but I don't think I was ready to stay in the UFC six years ago. Now I'm ready to be here for the long haul. I want to fight 20-25 times at least. Back six years ago, I don't think I would have been ready, and I think that's what's gonna show for this kid. He's 21, and yeah, he's got a bigger record than I do, but I've fought tougher guys, I fought the better quality guys and I just can't wait to show it. Being 21, I couldn't imagine being in the UFC and having all this hype behind me, and the pressure's really got to be weighing on him, so I'm just gonna go out there and perform and get in his face early and I'm not going away. So if I've gotta be there from bell to bell for 15 minutes, I will be, but I just don't see him keeping up with me and being able to make it 15 minutes before I get him outta there.”

That confidence doesn’t just come from within, but from everything he’s seen over the course of his life, from his time on the regional MMA circuit, to fitting training into days full of work and being a husband and father, to bouncing back from key losses over the years. You may not think those things show up on fight night, but they do. 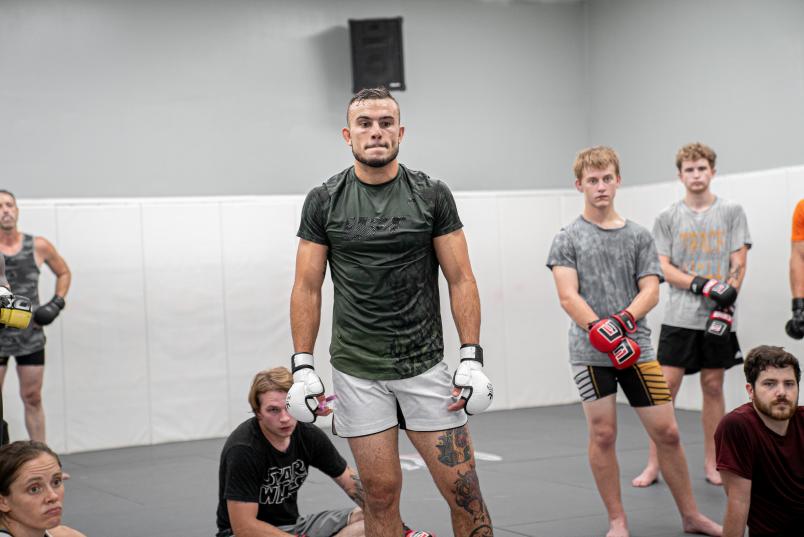 “It's an intangible that you can't put on a piece of paper,” said Bush. “My plate's always full. I don't have room for anything else, so I'm used to having a stressful, hectic way of life and that's how it's been for me for eight years. So when I get in the cage, I can handle all this fight week stress and weight cuts and media stuff, and just the fight itself. So when he (Rongzhu) gets in those deeper waters, fighting's maturity, and I believe I'm mature beyond my years and we'll see if he is, as well. When we step in the cage, I just don't see the maturity in the cage from him. You don't know what he's gonna do and I don't think he knows what he's gonna do. I think he's just a wild card and is gonna come guns a blazing or sit back and try to counterpunch. Either way, we got him game planned and picked out, so I can't wait to display it.”

And should Dakota Bush get his hand raised in the Octagon for the first time on September 18?

“I'm sure it's gonna be a crazy mix of emotions - tears, joy, everything - and I'm gonna get to relish that moment with the people that care about me the most and the people I care about the most, so it's definitely gonna be a time for me to really sit back and soak it all in once I get to hear Bruce Buffer announce that I won come the 18th,” he said.