A Few Changes In Her Training Camp Have Cynthia Calvillo Primed For A Big Test At UFC 266
By Maddyn Johnstone-Thomas, on Twitter @MaddynThomas • Sep. 24, 2021

Calvillo switched things up in her camp after falling to Katlyn Chookagian last November, and now she feels like the pieces are starting to fall into place.

“There was a lot of different things in this camp from my previous ones,” Calvillo told UFC.com in a fight week interview ahead of her flyweight bout at UFC 266. “One thing was just being settled here in Las Vegas, so having my set of coaches because the last couple fights were different people. I had a shoulder surgery, so I just kind of feel brand new. I have a new team, new city, new shoulder, new weight class, so that’s probably why I feel this good.”

She first started fighting as a flyweight back in 2016 but made the move down to strawweight in 2017. And while Calvillo saw success at 115, she also faced struggles when it came to making weight. Since returning to flyweight last June, Calvillo has felt better physically and mentally. 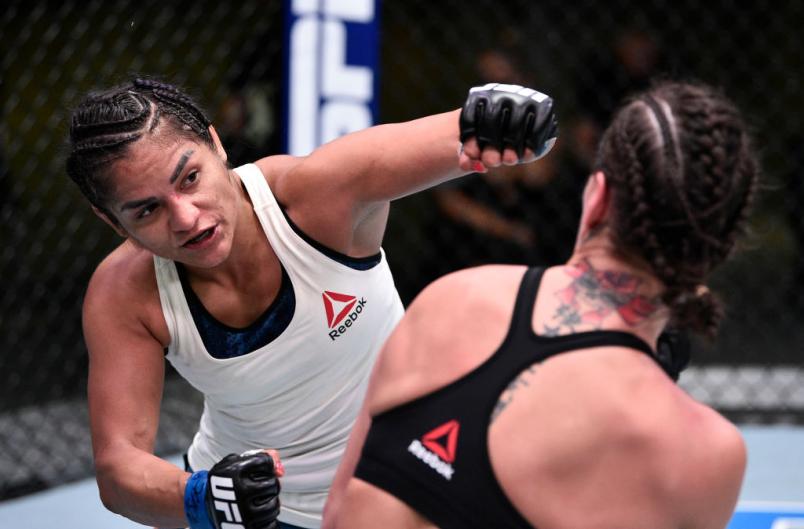 “I feel like sometimes we get into that whole idea of having to cut a ton to be the bigger fighter, but it’s just not a healthy thing,” Calvillo said. “I’m just a way more mature fighter and it has showed me that flyweight is the place to be. It is so much different being able to fuel for performance versus fueling to make weight.”

Being able to fuel for performance instead of weight has brought Calvillo the mindset that she is able to guide the fight where she wants it to go. Subsequently, she feels that she’ll be able to showcase her skills in a way she hasn’t been able to before.

“It is amazing being at flyweight and being able to get through these camps worrying about the actual performance and not making weight,” Calvillo said. “It is such a huge difference, and it takes a lot of the stress out and I feel more confident going into these fights. I know that I can push the pace because I didn’t do a crazy weight cut, so I’m not afraid of going into deep waters.”

Calvillo, who is the number five ranked women’s flyweight, matches up with the number one contender in the division, Jéssica Andrade, who recently fought for the title in April. Calvillo is the only fighter in the top five that hasn’t had her stab at the belt yet. 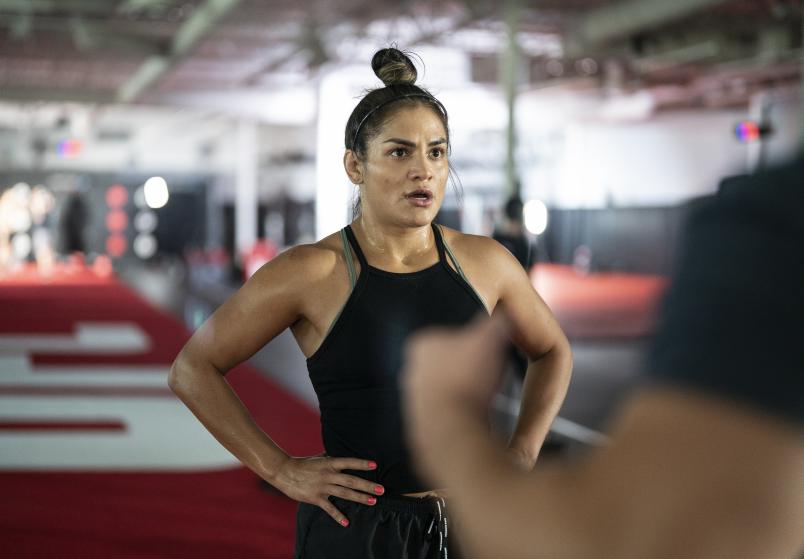 Beating Andrade, a former UFC strawweight champion, this weekend brings her one step closer to that opportunity. Not to mention that she is fighting on the card where the flyweight title is on the line.

“I think she’s an amazing fighter, overall,” Calvillo said. “She has highlight reels of getting knockouts and stuff, so it definitely excites me and motivates me to make sure that I’m on top of my game. It makes me train harder to make sure that I am the best prepared that I possibly can be, so that I don’t end up on one of her highlight reels and she ends up on one of mine.”

The 34-year-old believes that people are underestimating what she brings to the table and is confident that Andrade isn’t going to touch her up as much as people may think. 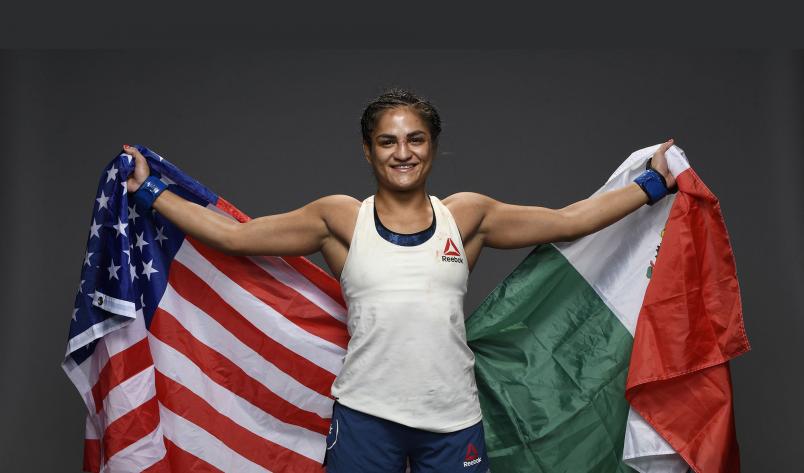 With her last two fights taking place at the UFC APEX, the California native is “ridiculously excited” to fight in front of fans again. She’s looking forward to feeding off the energy that comes from the flashing lights and a roaring crowd.

“I feel like I’m going to go out there and show everybody that I’m a true title contender,” Calvillo said. “I envision myself beating Jéssica Andrade in so many ways. I don’t just see me getting a submission. I see myself out striking her, even dropping her, knees, kicks. I don’t know, I’ve envisioned finishing her in many different ways and I cannot wait.”