'Curtious' Millender thrilled to be fighting in the big show 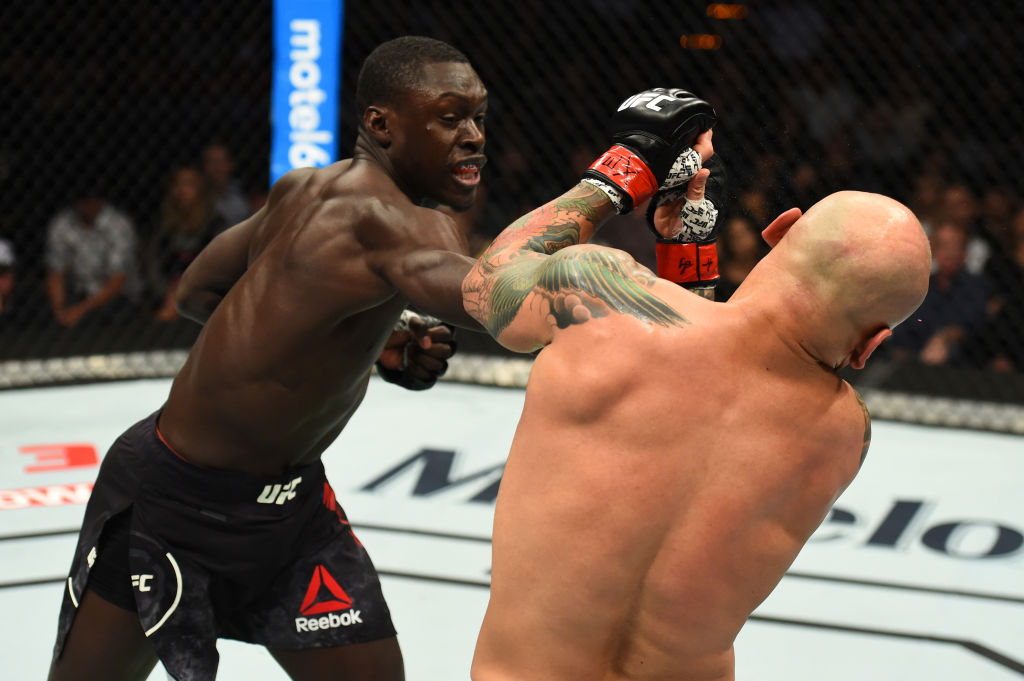 Curtis Millender heard all the pre-fight comments about his UFC debut against Thiago Alves in February. He didn’t take them personally, but he did hear and see them.

“Alves is gonna kill this guy.”

“This guy doesn’t deserve to be in the UFC.”

Those were just a couple of the more choice ones Millender remembers. And after he won that fight in Austin via second-round knockout, he made the rounds on social media to find those comments.

“I hit the ‘like’ button on those,” he laughs. The 30-year-old San Bernardino native might have earned even more fans for that move, but even if he didn’t win over the online critics, he did silence them, more than proving that he belonged in the big show by soundly defeating the former world title challenger and perennial welterweight contender. And he did it all by squashing the infamous first-time UFC jitters.

“They are excuses,” he said. “The only guys with UFC jitters are the ones that lose. It’s an excuse. For me, once I know that I’ve prepared to my full capability and did everything that I needed to do in the gym, I’m not gonna be nervous about going into a fight.

“I was very excited,” Millender continues. “I was happy, I was thrilled. But no nervousness, none of that. I was just ready to go. I’ve been grinding for five years, going through everything financially just so I can just fight and worry about fighting, and it was my time to be in there. I couldn’t let that opportunity pass me up.”

It was a life-changing opportunity for the five-year pro, who will celebrate the anniversary of his first pro MMA bout this weekend by taking his coaches out to dinner and letting them know how much he appreciates the time they’ve spent together.

“They’ve been with me all this time, grinding with me, going through all the ups and downs and sticking with me,” said Millender, who credits them for keeping him focused during the tough times most fighters go through on the way to the big show. “I have some really good men as my coaches. Half of my staff are older men so they’ve been through a lot, and they’ve given me a lot of advice, letting me know that if I keep working and keep grinding, I’m gonna get there and that they’re not going to be able to deny me.”

Millender started his career with a bang, winning his first seven bouts before losing three of his next four. All of a sudden, he went from 7-0 to 8-3 and he was at a crossroads. Money was tight and the UFC call seemed to be far in the distance, but beginning with his June 2016 win over Casey Greene, “Curtious” Curtis began to hit his groove. A head kick knockout over Nick Barnes in January made it six consecutive wins, and then the UFC reached out. 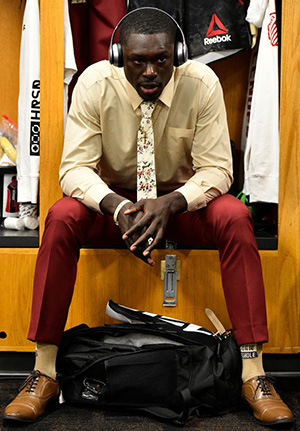 “I knew it had to be coming,” he said. “Right before God shows you the blessing, he puts you through a struggle so he knows that you can handle it and that you’re deserving of it.”

Then came the Alves fight, and while Millender was solid throughout the fight before ending it with a knee in the second round, it was what happened at the end and in the previous round that left the most lasting impression, as he refused to add an extra blow or two when Alves was knocked down. In the first round, that allowed the Brazilian veteran back in the fight. In the second, there was no question that it was over.

“I was surprised he made it out of the first,” Millender said. “But when I hit him with that knee (in the second round), on his way down I watched his eyes roll back. We both have kids that we need to get back to, and I knew he wasn’t going to get up from that. He didn’t need any more shots.”

It was a classy move by Millender, whose two boys, aged two and seven, have a fine example to look up to. And they just happen to love the fights – in varying degrees.

“My two-year-old has been to four fights in the last year and a half,” Millender laughs. “He’s very knowledgeable and he knows his fighters. For a long time, every time a black guy came onto the screen with boxing gloves he said, ‘That’s daddy,’ but I was still right there. But now, he knows Conor (McGregor), he knows Daniel Cormier. He has a few guys that he likes. My seven-year-old, he gets really scared when I fight. He loves it and enjoys the fighting, but he’s really relieved when it’s done.”

Good thing dad is pretty good at this fighting stuff, and he’s got the UFC contract and a Performance of the Night bonus from his first bout to show for it. That extra check went towards a down payment on a car and six months of rent, and Millender can finally breathe and enjoy the peace that comes with the reality that he’s fighting in the big show.

“This is first time in so long that I haven’t had to worry about money after I fought,” he said, and as an extra bonus, he got to surprise some folks. That’s always fun.

“It’s very satisfying,” Millender said. “Hopefully I opened up the eyes of the guys that only watch UFC to let them know you should be a fan of all the smaller shows. Learn who these up and coming guys are, so that when they get to the big show, you can be a better fan and pick the right side.”