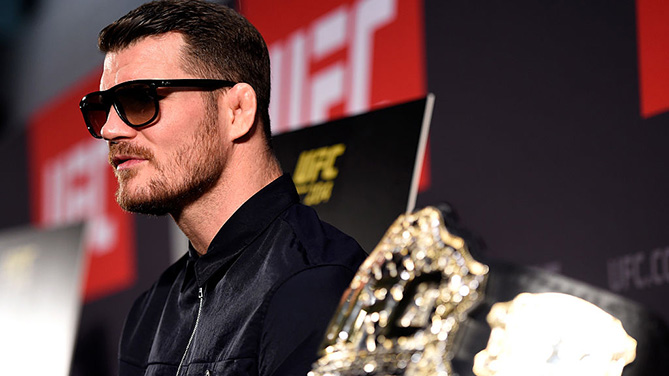 “We are all fighters” is more than just a saying; it’s an ethos – a way of life. Few cities in the world show off that spirit more than Manchester, site of Saturday’s UFC 204.

Known for its industrial origins tracing back to the 19th century, Manchester is now much more of a modern city – but walk around town and you can see that there’s a fighting spirit among the locals. It’s where former boxing world champion Ricky Hatton traces his roots. It’s where saying you support either local soccer team, Manchester United or Manchester City, in the wrong part of town can get you into trouble. It’s where punk rock once reigned supreme, and its music products still retain an edge – even their pop stars (just search Liam fights Noel on stage).

It’s the perfect stage to showcase the rise of MMA in the United Kingdom, and for the first UK champion to defend his crown.

“Obviously (headliner) Michael (Bisping) is from Manchester, but even if he wasn’t this is the perfect place,” UFC veteran-turned analyst Dan Hardy said. “The fans are going to be lively, even at 5 o’clock in the morning. I had a great fight here myself at UFC 105 versus Mike Swick and the atmosphere at Manchester Arena was amazing. The fans really appreciate it. (This week) the open workouts were buzzing, the autograph signing that we did was amazing.

“This city laps it up, they love it – more so than any other city in the UK, the northern cities generally are more hardened, more working class, whereas with London you’ve got more of a metropolitan mix. It’s the perfect place to hold an event like this and these fighters have been well received by the fans.”

The arrival of UFC 204 fits perfectly into a distinct combat culture that helps Manchester its unique identity.

“Things are coming together (in the UK). It’s becoming a sport in itself in the country and people are starting to recognize that,” Hardy said. “We have great athletes here and we’re a fighting culture. You go out on a Friday or Saturday night in any city, you’ll see people wanting to get into fights.

“It’s instinctual for us, we’re a battle-hardened island. We’ve been invaded so many times over the years that the survival of the fittest thing is a filtration process and there are lots of guys in this country that enjoy that competition. And now we’ve got MMA taking over, we’ve got a place for them to test themselves.”

According to Hardy, part of the MMA takeover is the infrastructure being established. Back when he was on his way up as a fighting prospect, he’d have to drive to different places to train, whereas now MMA gyms are popping up so fighters can begin to train in one place. So while many top talents leave the UK for places like Tristar Gym, Blackzillians and American Top Team, more talent is being developed locally and soon they’ll be able to stay home to train.

That’s partly why Saturday night’s card features seven fighters with connections to the UK – including those born here, like Bisping (Manchester), Danny Roberts (London), Davey Grant (Bishop Auckland) and Brad Pickett (East London). And a few that have now made the UK their home, as is the case with Leon Edwards (fighting out of Birmingham), Marc Diakiese (fighting out of Doncaster) and Jimi Manuwa (fighting out of London).

The excitement to see the champion Bisping and all the UK talent is one of the reasons why Manchester Arena sold out within minutes of UFC 204 tickets going on sale.

“(Manchester Arena) is similar to MGM. It’s a very tight, small arena,” Danny Roberts said. “The atmosphere is immense. The UK fans are crazy, they are going to make some noise and I’m sure everybody through every avenue around the world are going to know about it. MMA is big in the UK and people want it here more, more and more. UFC are going to have to start bringing it back to feed us because there are hungry people willing to spend the money to watch some up-and-coming fighters and obviously some old legends like we’ve got on this card. It’s the perfect recipe for a good night.

“I’m grateful for the UFC for giving me that opportunity. I feel blessed to be back home. People have been waiting for this, they’ve been talking about this. I’ve seen the atmosphere and I can feel the love and excitement from the UK fans from every angle. … It’s going to be electric from start to finish.”

While the excitement is certainly high for all the talent throughout the card, it will reach fever pitch levels for the main event when hometown hero Bisping takes the stage as the first UK champion. And there’s no doubt he feels good about it.

“It’s amazing to be here now,” Bisping said. “To see all these English fighters on the card. England has the best fighting talent in the world. It was only a matter of time before we had a world champion. Whether it was me or someone else, it was going to happen.

“After I beat (Luke) Rockhold, Dana (White, UFC president) called me up and offered me this fight in a few different places: Cardiff, London, Manchester. I said, ‘Manchester, mate, simple as that, there’s no discussion.’ I’m from down the road, 25 minute drive and you’re there. This is the capital of the north, it’s where I’m from and I’d rather be nowhere else right now.”