From Cuba to Stockholm, the MMA Journey of Yoislandy Izquierdo

"My success has not come easy. I have sacrificed a lot to get to where I have gotten." - Yoislandy Izquierdo 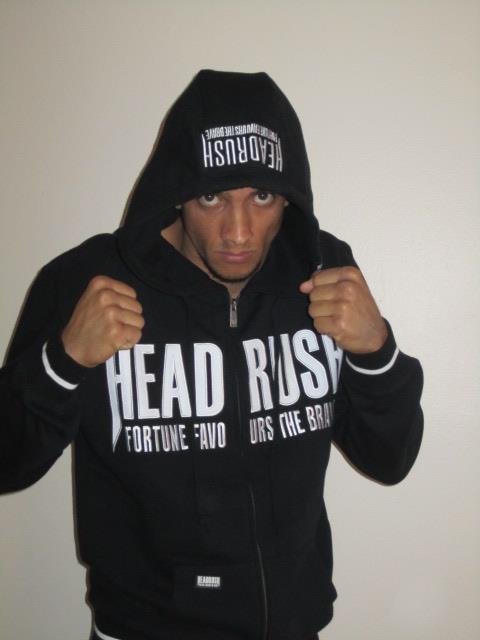 Mixed martial arts probably isn’t the first discipline that comes to mind when you think of combat sports practitioners from Cuba. Sure, there are the likes of Javier Vazquez and Hector Lombard that represent the Caribbean island in the world of MMA, but when the idea of being in the hurt business is concerned, the first thought is always of boxing greats such as Teofilo Stevenson, Felix Savon, and Joel Casamayor, only one of which (Casamayor) made that trip from home in search of a better life in the United States.

The latest Cuban standout to hit US shores to begin a quest for fighting glory is Yoislandy Izquierdo, and though he packs knockout power in his fists, he’s no boxer. Instead, he will be making his UFC debut this Saturday against Reza Madadi after compiling an unbeaten 6-0 MMA record. So why not boxing?

“Boxing is a huge sport in Cuba as you know, and I practiced it for a few years,” said Izquierdo through manager / translator Alfred Munoz. “However, my passion was always in martial arts even though boxing did help me to become a well rounded athlete.”

In many ways, it was a tougher road to take for the native of Havana. Sure, the Cuban amateur boxing program is consistently seen as the best in the sport, and getting a spot on the national team is beyond ultra-competitive, but to pursue a sport in which there is really no local scene and no opportunities to compete and learn your craft in real amateur or pro fights has to be an even more harrowing undertaking. Not that Izquierdo was thinking that far ahead when he was enrolled in a local karate class at the age of 11 to help him deal with his asthma.

“I have been a martial artist for most of my life,” he said. “I started at the early age of 11 in karate. Even though mixed martial arts is not practiced legally in Cuba, I always wanted to practice the sport. When I left the country, my goal was to practice MMA and make it my career. Soon after making Miami my home, I went to a gym where MMA was practiced and the owner, who is now my manager, helped to guide me in the sport.”

You could say the rest is history, but that would be cutting out the most interesting part of this tale, the one where Izquierdo decided to leave his life in Cuba behind to chase a dream that only a select few can reach. This wasn’t relocating to a new city or state for a job and if it didn’t work out you could come home. Once Izquierdo fell in love with MMA, he knew that if he left, there was no turning back. That’s a lot to have on your mind, but he knew what he needed to do to truly be happy.

“The moment that I knew that I could make my career in MMA came to me in Cuba,” said Izquierdo, who won several gold medals in karate and sanda tournaments growing up. “Having had the will to master various disciplines in martial arts, I knew that I would be successful in MMA. I would watch MMA videos brought in by family members visiting from other countries and I knew that I was the perfect athlete for the sport. When it became feasible for me to leave Cuba and come to the United States, I knew my dream to make MMA my career would come true.”

In 2008, the 24-year old left Cuba. If you don’t know what that entails, suffice to say that it’s not as easy as picking out a flight online, packing your bags, and getting on the plane. For Izquierdo, his trip involved a visit to Spain, then Guatemala. From Guatemala he entered Mexico, and then crossed the border into the United States, where he was granted political asylum. Left behind were his mother, brother, aunts, uncles, and his oldest daughter.

“They are very proud of my career in MMA,” he said, but he also admits that “The most difficult adjustment to life in the US was not having my family by my side. Even though I have started a beautiful family here in the States, I still miss my family back home.”

Izquierdo now has another daughter in the States, and from April of 2010, he has been fighting professionally and turning heads on the South Florida MMA scene. When asked to describe his style for those who haven’t seen him in action yet, he says “My fighting style is very explosive. I am not a passive fighter by any means. I do attack both on standup with very technical boxing and on the ground with strong jiu-jitsu techniques.”

With wins in all six bouts, four finishing before the final bell, the 28-year old has made it look easy thus far, but looks can be deceiving.

“My success has not come easy,” said Izquierdo. “I have sacrificed a lot to get to where I have gotten. I train for most of the day and until a short time ago I had to work as well. By getting the call to fight in the UFC I consider my success to be great.”

And even though the names on his record aren’t household ones, even in diehard MMA fans’ households, Izquierdo has apparently impressed the UFC enough that he got the call to meet veteran Reza Madadi this Saturday in Stockholm.

“When I first heard that the UFC asked me to fight I could not believe my dream had finally come true,” he said. “Once I truly internalized it I was very excited, and I still am very excited.”

For many debutants, those feelings of excitement occasionally turn to dread when the first-time Octagon jitters kick in. Fighting in Madadi’s hometown could add even more to the stress level, but the man with the nickname paying tribute to his own homeland, “Cuba”, is unbothered by such matters at the moment, which is no surprise considering what he went through to get here.

“Even though I am a humble person and athlete, I have the heart of a warrior and a warrior fights in any land,” said Izquierdo. “On April 14th fans can expect to see my best performance yet.”