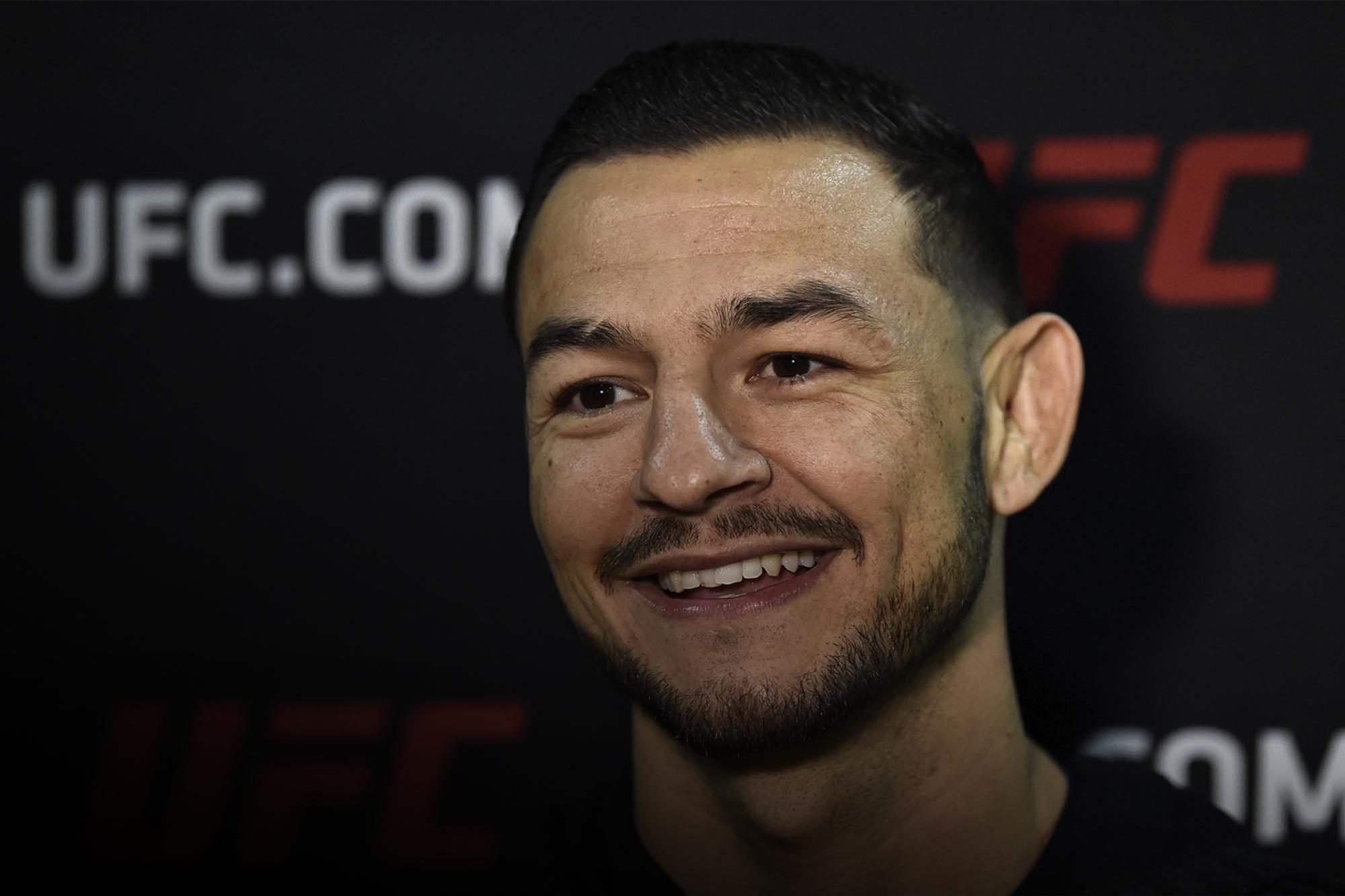 Cub Swanson Reflects On Good Old Days Ahead Of QUINTET

Cub Swanson has found the time machine to take him back to “the good old days” when he was stealing the show night in and night out at WEC.

Back before he was putting on Fight of the Year at UFC 206 against Doo Ho Choi, Swanson was 5-3 in the WEC with three Fight of the Night performances. Though he never fought for a title, WEC was Swanson’s first stable home.

“All my fights in WEC were special to me,” Swanson recalls. “Each one of them had their own story.”

The WEC was the incubator for basically all the OGs of the lower weight classes. Urijah Faber, Jose Aldo, Eddie Wineland, Joseph Benavidez, Carlos Condit, Dominick Cruz, Benson Henderson, Anthony Pettis and many more all cut their teeth under the blue banner.

It was an era that only the WEC veterans got to experience. The men who made up the WEC were torn from a unique cloth that only they understood. Only they felt the irritating question coming their way, “Why aren’t you in the UFC?”

Even rivals like Urijah Faber and Dominick Cruz were sure to side with one another when the question came up. It was a bond none of them knew they shared.

“I would have to explain that we’re at the highest level, they just don’t have our weight class yet so we’re still the same league just a different company,” Swanson said. “To have to explain yourself and always fighting that and proving that we are the best in the world, that’s what made the brotherhood.”

In 2010, UFC President Dana White announced that the WEC would merge with the UFC and officially unify the two brands.

Now that the questions were gone and even more eyes were on Swanson and the WEC crew, the lights were shining brighter for everybody. Faber became a UFC Hall of Famer, Jose Aldo sat on top of the MMA world for years, “Showtime” Pettis graced a Wheaties box, and many, many more.

Despite extensive records and resumes compiled before making their Octagon debuts, a whole new group of fighters’ wildest dreams were now reality.

Swanson was no different. After dropping his UFC debut against Ricardo Lamas, Swanson went on an impressive run that landed him main event status. Yet after winning six straight against opponents like Charles Oliveira, Dustin Poirier and Jeremy Stephens, Swanson suffered a setback on the biggest stage followed by another.

A career reinvention on the north end of 30 years old is sure to be met with mental setbacks but how did Cub Swanson respond? Four straight wins and one of the greatest fights of all-time at UFC 206.

At this point, Faber was seven days away from retirement, Pettis was being knocked further and further from recapturing UFC gold and Cruz was weeks away from his last fight in three years.

The WEC wasn’t erased but the flood of stars that ruled the roost was being overtaken by new talent.

Swanson dropped four straight and found himself in a gatekeeper-esque fight against Kron Gracie at UFC Tampa.

“I’ve had to reinvent my career multiple times and this one was the hardest,” Swanson explained. “I was coming off of multiple losses where I kept feeling like I was better in the gym and I don’t understand it. I’m fighting the top people but that’s not an excuse for me. I’m not used to losing like that, so knowing that I was making improvements, I just needed to put it all together and showcase that. Simultaneously, a lot of fans and stuff were saying it was the end of my career; not a bump in the road, the end.”

Swanson spent a whole camp adding to the semi-hidden ground game he already possessed in preparation to derail Gracie and he did just that.

Without ever really going to the ground, Swanson won the unanimous decision in his first Fight of the Night outing in two years. With his Octagon interview as evidence, it was one of the most emotional wins in his career.

Gracie opting to stand with Swanson gave the veteran the opportunity to hand him his first MMA loss and put himself back in the winner’s bracket, but what it didn’t do was allow him to show off the ground game that he had been touching up. While experience and training is never a bad thing, Swanson almost felt shorted on the opportunity to put his skills to the test.

“For this last fight I trained a lot of jiu-jitsu for a lot of positions I thought I’d be put in and then it didn’t really happen, so I had the itch to use it and this came up, so I thought, ‘I should do this,’” Swanson said.

Serving as the platform to display what he worked on in his last training camp, QUINTET Ultra will also give Swanson the chance to escape back to the days of living and dying by the guillotine in the WEC. It’s an opportunity he thought would never come again.

“When this came up, the idea of representing Team WEC, I was in,” Swanson explained. “Everybody who came up from the WEC is kind of like in a secret club. We’ve all got respect for each other; we all knew from there that we have the same grind. The fact that I get to represent Team WEC is awesome.”

Fans tuning in are advised not to blink because Swanson plans to come in hot right out of the gate. No stalling, playing to win. Why would we expect anything less than a man who won over half of his fights in WEC by way of submission?

QUINTET Ultra comes to you LIVE Thursday, December 12 at 7 p.m. PT ONLY on UFC FIGHT PASS!