Crute: "I want to go out there and get the job done"

UFC.com caught up with Jim Crute to talk about his upcoming bout at Fight Night Adelaide, and much more
By Gavin Porter • Nov. 28, 2018

It’s been four months since light heavyweight Jim Crute of Australia earned a contract on Dana White’s Tuesday Night Contender Series. After receiving his contract, Crute said that he would love to make his UFC debut in front of a home crowd at UFC Fight Night Adelaide.

His wish was granted as ‘The Brute’ will fight Paul Craig on Saturday night’s main card. Making your UFC debut on home turf, with a spot on the main card? Not a bad gig.

We caught up with Crute to talk about what this moment will mean to him, where he thinks he has an advantage over Craig and more.

UFC: It’s the week of your UFC debut. How are you feeling?

JC: I’m feeling great man, everything is going according to plan and I just can’t wait to get in there on Sunday.

UFC: How do you think your debut will compare to when you were awarded a contract on Dana White’s Tuesday Night Contender Series?

JC: I’m not sure what to expect on Sunday. I just want to go out there and get the job done. I’ll leave everything until after the fight to take it all in. I think walking out will be surreal but at the same time I’m going to block it out until the job is done.

UFC: How did you react when you found out that you were going to be on the UFC Adelaide card?

JC: It was a good feeling when they called me out for it but I was sort of expecting it because I don’t know where else they’d put me. I’m happy to be here. 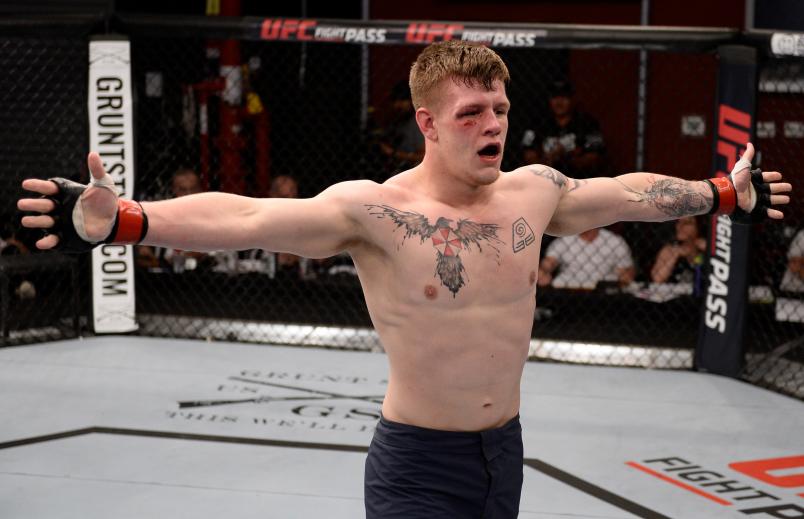 UFC: Your opponent, Paul Craig, has displayed some good ground game. How do you feel you match-up and where do you think you have the advantage in this fight?

UFC: What makes you a dangerous match-up for you opponents?

JC: I just feel like I can come at people from different angles. If something doesn’t work I can re-evaluate and comeback with something different. I’ll push a high-pace and I’m not scared to get in there and fight fire with fire.