Crucial flyweight fight could steal the show in Singapore 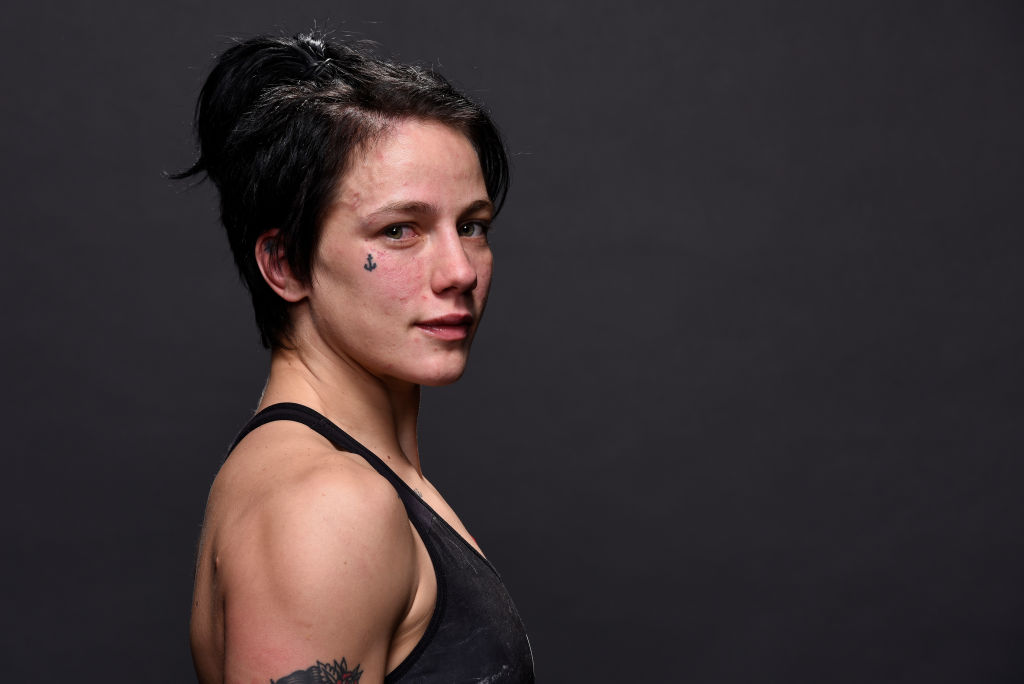 Jessica-Rose Clark of Australia poses for a post fight portrait backstage during the UFC Fight Night event inside the Scottrade Center on January 14, 2018 in St. Louis, Missouri. (Photo by Mike Roach/Zuffa LLC/Zuffa LLC via Getty Images)
" align="center" />
Next weekend, when the UFC Octagon returns to Singapore, a pivotal clash in the still developing women’s flyweight division has the potential to steal the show and vault the winner into title contention.

The second course in Saturday’s four-course main card, “The Battle of the Jessicas” sees Australia’s Jessica-Rose Clark square off with Cleveland native Jessica Eye in a crucial contest for both women as they aim to continue their climb up the divisional rankings.

Nearly five years after debuting in the UFC, Eye is finally getting the chance to compete in her natural weight class after logging seven fights against elite competition in the women’s bantamweight division. The Strong Style Fight Team member posted a 1-5 record with one no contest during that time, but shared the Octagon with the likes of Miesha Tate, Sarah Kaufman, Julianna Pena and Sara McMann.

But prior to her arrival on the biggest stage in the sport, the now 31-year-old Eye had established herself as one of the top flyweight talents in the sport, carrying a seven-fight winning streak into her UFC debut against Kaufman that included wins over Angela Magana, Zoila Frausto and Carina Damm. After moving up a division in order to try and make some waves in the UFC, the introduction of the women’s 125-pound weight class has afforded Eye the opportunity to drop back down to where she’s done her best work.

Last time out, the no-nonsense striker collected a split decision victory over seasoned vet Kalindra Faria to halt her four-fight losing streak and instantly stamp herself as someone to watch in the UFC’s newest division.

While Eye spent a number of years competing up a division before returning to her natural weight class, Clark started her career at bantamweight and only recently made the full-time switch to competing at flyweight.

After experiencing early success competing in her native Australia, “Jessy Jess” got the opportunity to compete under the Invicta FC banner, dropping a spirited decision to perennial contender Pannie Kianzad. Unfortunately for the 30-year-old, that outing became the starting point of a rough patch that saw her amass just a single victory in five outings. 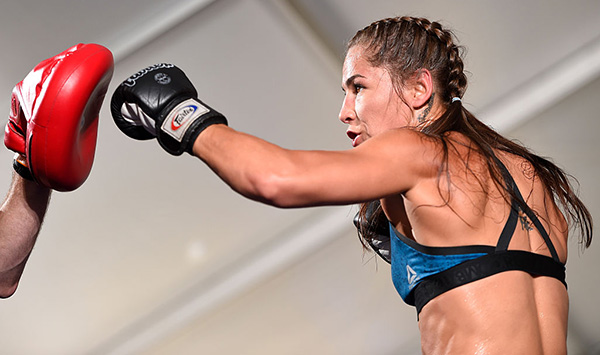 the opportunity to step into the Octagon at home in Australia against fellow Aussie Bec Rawlings. Though she missed weight for the short-notice assignment, Clark impressed, emerging with a split decision victory over the former Ultimate Fighter contestant.

Two months later, she was back in the cage, taking on Paige VanZant in a pivotal early pairing for the division. After having no issues hitting the 125-pound limit, the Syndicate MMA representative waltzed into the cage and walked away with a unanimous decision win after outgunning “12 Gauge” over the course of three rounds. With a pair of flyweight wins against established competition already under her belt, Clark has raced into the Top 10 in the division, setting up this showdown with her fellow championship hopeful Eye.

Stylistically, this has the potential to be a genuine donnybrook, as both women are aggressive strikers who trust their hands and their chins and have shown a willingness to stand in the pocket and trade blows. Additionally, Clark has never been stopped and it has been some time since Eye was beaten before the final horn, which only adds to the potential for these two feisty females to sling leather and thrill the crowd for 15 minutes next weekend in Singapore.

Last time out, Eye showed a greater willingness to work takedowns and she likely enters as the more powerful of the two in the grappling department, though she has historically shown a preference towards attacking submissions, rather than riding out control positions. While Eye should have the edge in terms of strength, Clark is the quicker of the two, having shown increased comfort in her new division last time out against VanZant and logged more time working with her head coach John Wood.

The division just turned six-months old and a true pecking order has yet to be established, but this is an opportunity for both Eye and Clark to truly establish themselves as contenders heading into the second half of the year.

They’re both stationed in the Top 10 and are two of the more high-profile names in the division, meaning the winner of this one could very well propel herself up the divisional ladder into a showdown with a Top 5 opponent at some point later this year. Even if such a fight doesn’t materialize, a victory for Eye would give her two quality wins in as many starts, while Clark would be three-for-three and the early leader for most victories in the women’s flyweight division.

No matter what the future may hold, one thing is for certain: this contest is one you’re not going to want to miss.