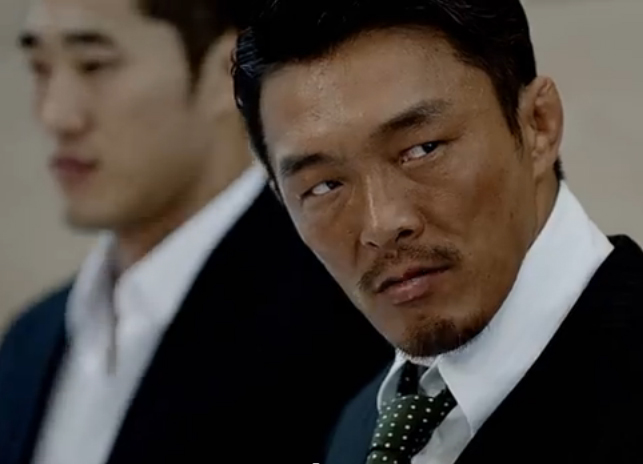 Throughout over two decades, the UFC has become the ultimate proving ground for the best fighters in the sport of mixed martial arts to test themselves. Over the past two decades, numerous competitors have battled up the ladder to become champions, several of which have gone on to become certified superstars widely recognized across the MMA landscape for their greatness inside the Octagon.

As the fighters and their respective profiles began to rise, the UFC continued its global push, and suddenly a bigger portion of the national sporting spotlight was placed on the most prominent stage in MMA. And when that happens, opportunities which didn’t exist previously suddenly open up their doors to allow the athletes involved to explore.

While UFC Hall of Fame fighter and MMA icon Chuck Liddell jumps onto television sets as the front man for major marketing campaigns, current women’s bantamweight champion and all around badass Ronda Rousey is knocking down major roles in Hollywood action-movie franchises one by one. When athletes from MMA break down barriers of that nature, it creates a further infusion of the sport itself into mainstream pop culture, and that is a measurable gain for a growing sport.

With fighter recognition becoming more common by the year, it’s no surprise a number of fighters on the UFC roster have appeared in music videos and other elements of pop culture.

For years, Urijah Faber held down the top spot as the king of the featherweight division and became one of MMA’s most popular fighters in the process. “The California Kid” parlayed his growing profile into numerous opportunities in the business realm, and when he joined the UFC back in 2011 the potential to expand his personal profile exploded. When he’s competing inside the Octagon the Team Alpha Male leader never misses a chance to make the most of the situation he’s created, and his life outside of the UFC is certainly no different.

At the end of 2013, Neptunes founder and Grammy winning solo artist Pharrell Williams released “Happy,” which would go on to become one of the best selling singles of all-time, with YouTube views nearing 470 million. Always the provocateur, Williams took a unique approach to shooting the music video as marked the release of the track with “24 hours of Happy” which was the first day-long music video ever created by a major artist.

With the song’s infectious beat and uplifting message, Williams sought to bring the same vibe to his visual medium, which made Faber and his sister Michaela a perfect fit. In addition to the former bantamweight title challenger being one of the most outwardly positive fighters on the UFC roster, his sister survived a near-fatal car accident in 2011. In the video, the upbeat anthem seems an appropriate soundtrack as the former champion and his courageous sister dance through the streets of California as the song plays on.

While Faber’s appearance in Pharrell’s smash-hit video is the latest appearance by a fighter in a music video, the Sacramento native certainly isn’t alone. A collection of additional fighters have also grabbed screen time in music videos across multiple genres.

When former Strikeforce heavyweight champion and knockout artist Alistair Overeem appeared in the “Party Rock” creators LMFAO’s video for “Sexy and I Know it,” the Dutch powerhouse grabbed headlines both inside and out of the MMA community. For a fighter who is all business inside the Octagon, the lighthearted party jam was an opportunity to show a looser side of his personality. While “The Reem” didn’t join the dance party LMFAO was throwing, his presence provided some much needed toughness to the tank top and skinny jeaned filled beach party going on in one of the biggest summer jams of 2013.

Perennial welterweight threat Josh Koscheck provided a similar effect for Chevelle’s “I Get It” video. The visual presentation for the Chicago Trio’s hit song was a revenge theme where an office bigwig consistently bullies one of his underlings. Little does he know his subordinate is about to unleash hell and his vengeance begins with an overhand right from the former welterweight title challenger. Throughout his career “Kos” has landed plenty of big shots, but few probably felt better than laying out a creeper boss to the soulful soundtrack of one of the most successful alt-rock bands of the past decade.

This isn’t just a local phenomenon either, as UFC heavyweight champion Cain Velasquez appeared in the “Te Siento & Abusadora” video by Puerto Rico’s Wisin & Yandel, Brazilian standouts Vitor Belfort and Cezar “Mutante” Ferreira battle it out in "I'm Down" by The Almost, and popular Japanese vet Genki Sudo’s video for  “World Order” is something to see for sure.

Yet the most epic music video performance by UFC fighters was turned in by Yoshihiro Akiyama and Dong Hyun Kim in “Baby I’m Sorry” by South Korean boy band MyName. This one must be seen to be believed.

And while numerous fighters have appeared on the music video platform over the past several years, the bigger point is that MMA’s reach continues to stretch outside of the chain-linked cage where the fighters compete. The UFC’s global push has created new stars in markets that went previously unrecognized, and the doors opened by athletes searching to elevate their profiles, will create future opportunities for the next generation of competitors on the rise.

Whether or not Stockholm-based star Alexander Gustafsson will appear in the next Swedish House Mafia video remains to be seen, but should that particular event come to pass, it wouldn’t be a tremendous surprise because MMA ‘s popularity continues to thrive around the globe. And it shows no signs of slowing down anytime soon.