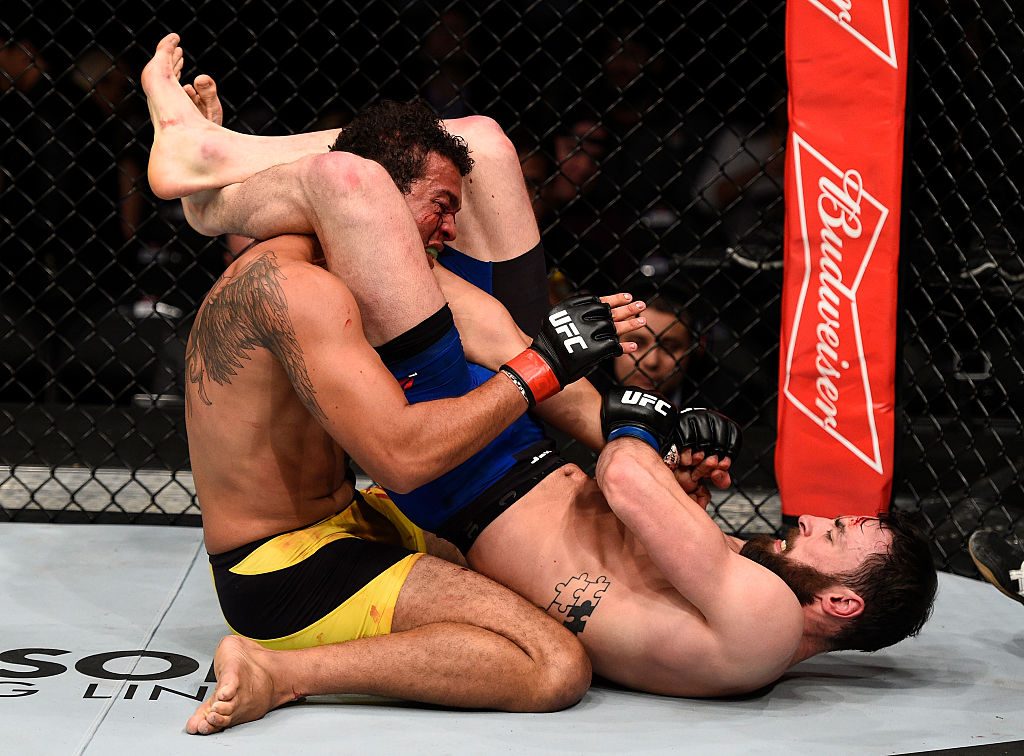 Scottish light heavyweight Paul Craig impressed in his Octagon debut at Golden 1 Center in Sacramento on Saturday, handing Brazil’s Henrique da Silva his first pro defeat via submission in the second round.

The first round of Paul Craig’s UFC career was a good one, as he fought well on the feet on the mat, cutting da Silva and nearly submitting him with a guillotine choke. But in the second, Craig got the job done, pulling guard and quickly transitioning from a triangle to an armbar that forced da Silva to tap out at 1:59 of round two. 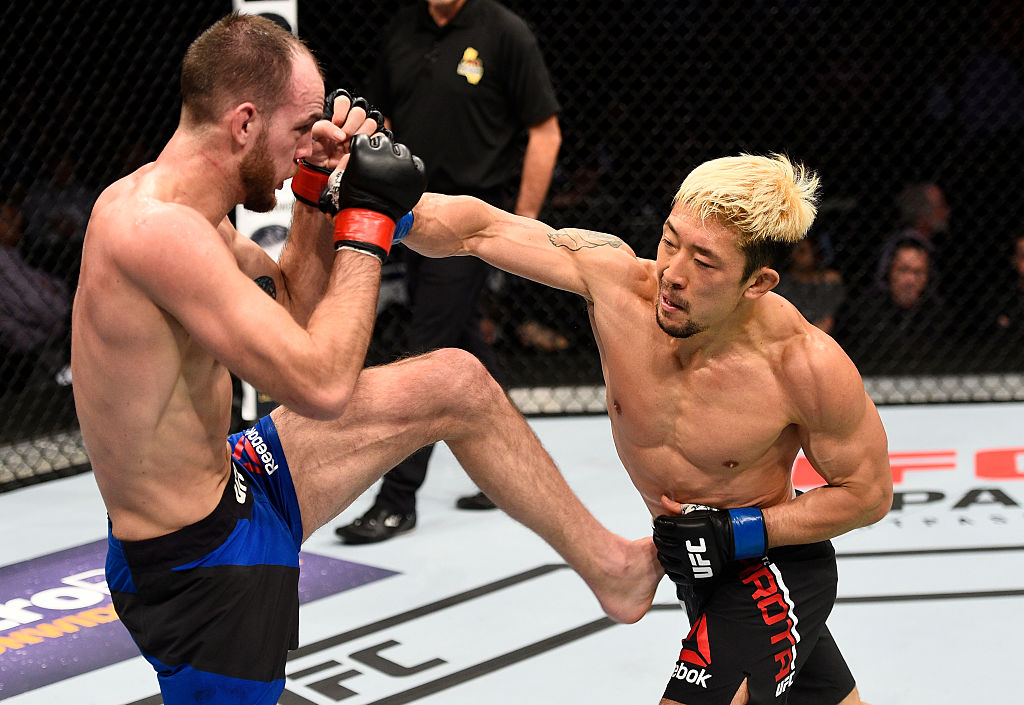 Mizuto Hirota picked up his first UFC win in his featherweight bout against fellow veteran Cole Miller, putting in a workmanlike effort en route to a three-round unanimous decision.

After being the victim of an early takedown, Miller got up quickly and rocked Hirota with a right hand. Hirota recovered well and after a brief spell on the mat, the two 145-pounders went back to the feet. With under two minutes left, Hirota was able to land another takedown, and the two stayed on the mat until the horn.

Hirota continued to close the distance effectively, getting Miller to the ground once more. Miller scrambled out of trouble and took the dominant position, but Hirota reversed around the midway point, and he settled into the top spot, where he landed some strikes and stayed in in control.

Sticking to the “If it ain’t broke, don’t fix it” plan in the third round, Hirota used his striking to get close to Miller, and once there, he put him on the deck and controlled the action, leaving no question on the scorecards. 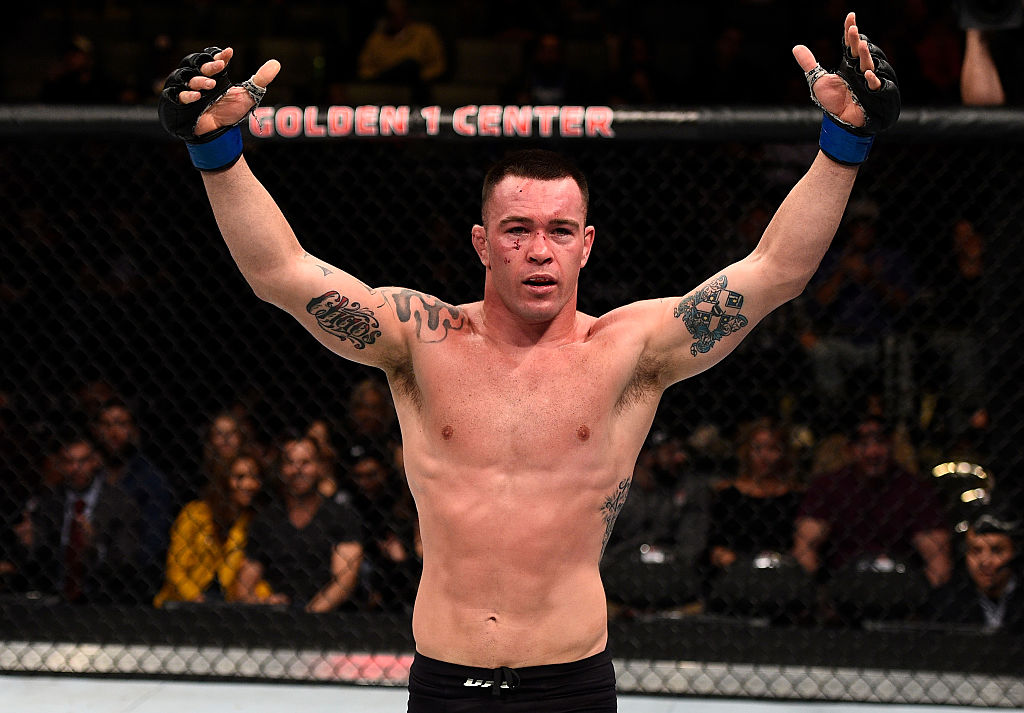 Covington locked on to Barberena early in the fight and he wouldn’t let go, scoring four takedowns in the first half of the opening frame. Barberena got up every time, but he wasn’t able to get loose from the former college wrestling star until there were 90 seconds left. Barberena was then able to get some strikes off, but even while standing, Covington landed the more telling blows.

There would be little change to Barberena’s woes over the next two rounds, as his attempts at staying upright were routinely foiled by the takedowns of Covington, whose striking was also good enough to allow him to hold his own while standing. 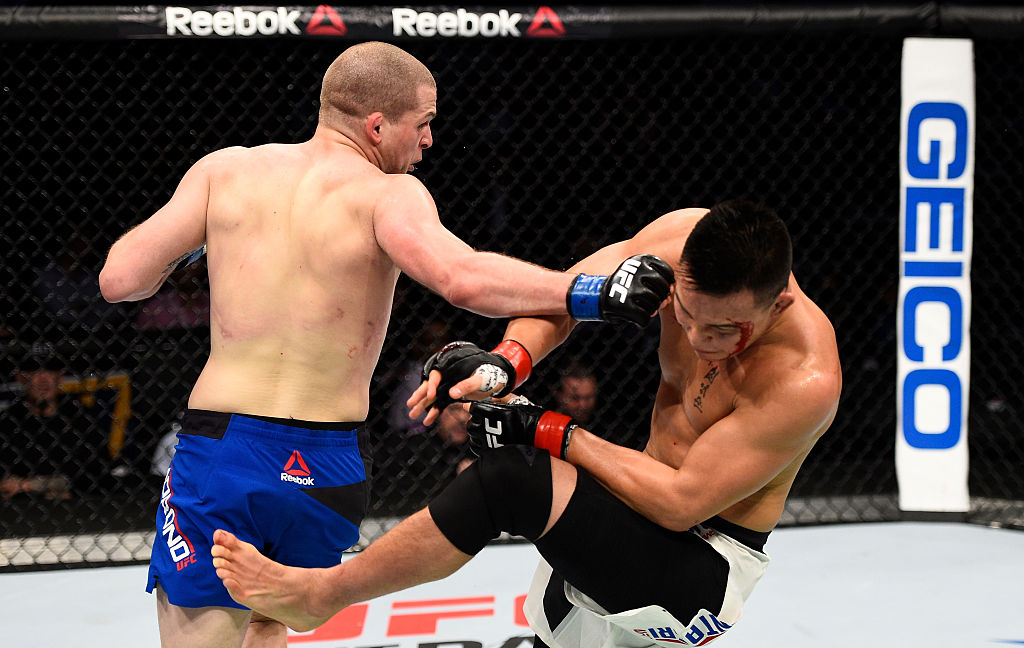 In a welterweight matchup, Alex Morono roared back from a slow first round to find his rhythm and pound out a close, but unanimous, decision win over James Moontasri.

Moontasri (9-5) peppered Morono with fast kicks in the first round, quickly reddening his foe wherever those shots landed. Morono kept marching forward, but he couldn’t catch up with the “Moon Walker.” Yet with under two minutes left in the second, Morono finally began to find his range, and when he was able to brawl with Moontasri against the fence, he got himself back in the fight. And after cutting Moontasri over the left eye with an elbow, Morono capped off the round with a flush spinning backfist.

Keeping the pressure on, Morono (13-3) began landing his right hand with regularity in the final round, and once he hurt Moontasri, he kept throwing it. Remarkably, Moontasri survived the initial assault against the fence and fired back, but the fight was all Morono at this point, and the judges agreed when it was all over, awarding the Texan the victory by three scores of 29-28. 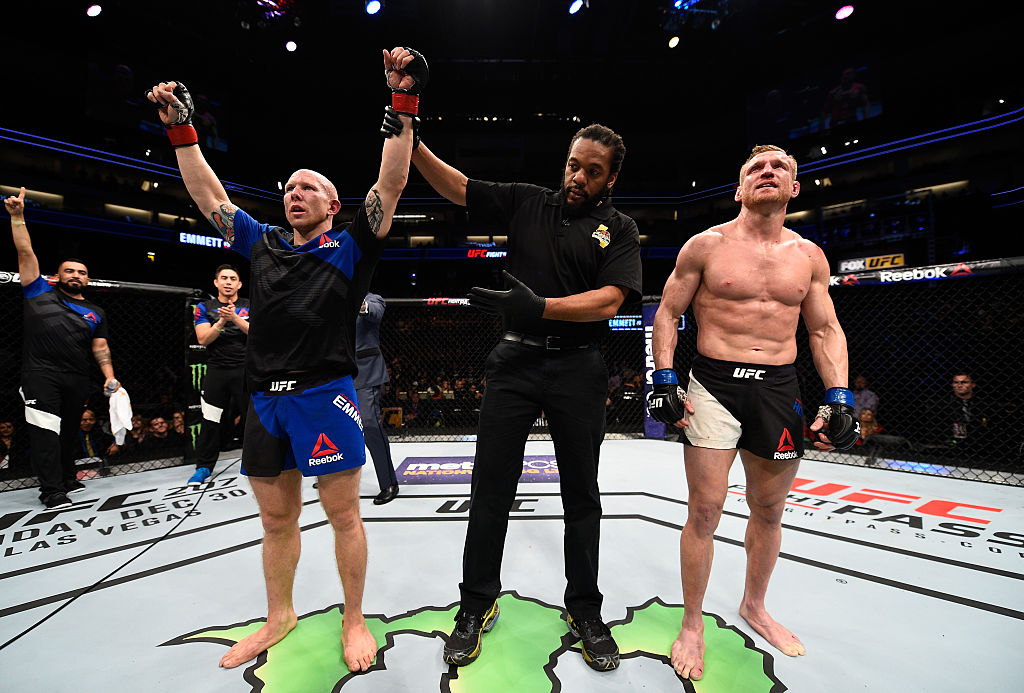 Sacramento lightweight Josh Emmett kept his unbeaten record intact, but he had to go to war for it, as he went three hard rounds with Scott Holtzman before emerging with a unanimous decision victory.

Perhaps inspired by the frenetic action of the previous bout between Leslie Smith and Irene Aldana, Emmett (11-0) and Holtzman (9-2) kept the pace high throughout the first round of their scrap, trading takedowns and strikes in a back and forth manner.

It might have seemed impossible, but the two continued to go to war in the second, with Emmett getting a pair of takedowns in the first two minutes, with a furious exchange of strikes fitting nicely in the middle of those trips to the canvas. Midway through the round, Holtzman got a takedown of his own, with Emmett able to escape in a scramble that was followed by him taking his foe’s back. Holtzman got loose and reversed position, and once the two separated, fatigue finally began to show on the faces of both fighters.

In the second minute of round three, Emmett rocked Holtzman with a right hand and went on the attack against his wounded foe. Holtzman’s response was typical, as he shook the cobwebs off and went back on the attack. Emmett got a quick takedown at the midway point, and while Holtzman returned to his feet, Emmett kept him locked up for a spell until the striking exchanges began again, with those spells only broken by a pair of takedowns from Emmett, who earned the nod by identical scores of 29-28. 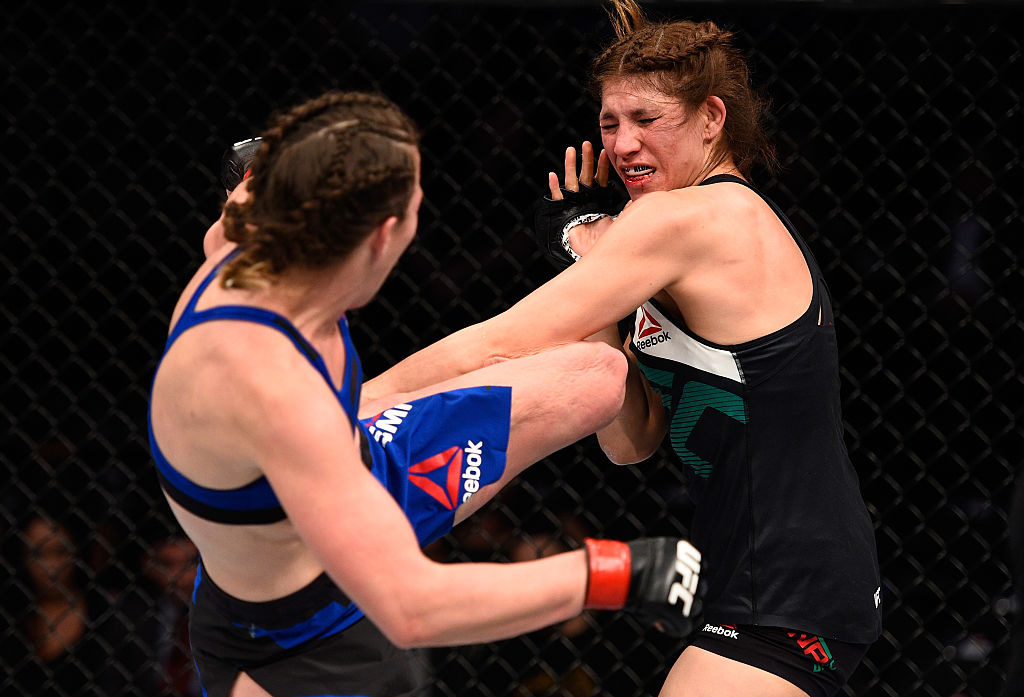 Bantamweights Leslie Smith and Irene Aldana put on an exciting, 15-minute striking show, with the veteran Smith scoring a unanimous decision victory over the Mexican newcomer.

Aldana and Smith wasted no time getting acquainted, with Smith stalking and the taller Aldana fighting well from long range. Two minutes in, Smith landed a hard left-right, dropping Aldana to the deck. Smith flurried with ground strikes in an attempt to finish, but Aldana got to her feet and began firing back. Neither fighter let up for the rest of the round, both slugging it out with abandon as if this were a one round fight, not a three rounder.

Remarkably, neither Aldana or Smith slowed down in the second frame, and while Smith’s pressure attack continued to pay dividends, it was Aldana who may have stunned Smith in the final minute in the frame.

The third frame was a replica of the first two rounds, with both fighters leaving it all in the Octagon, much to the delight of the Sacramento fans that appreciated the efforts of both bantamweights.