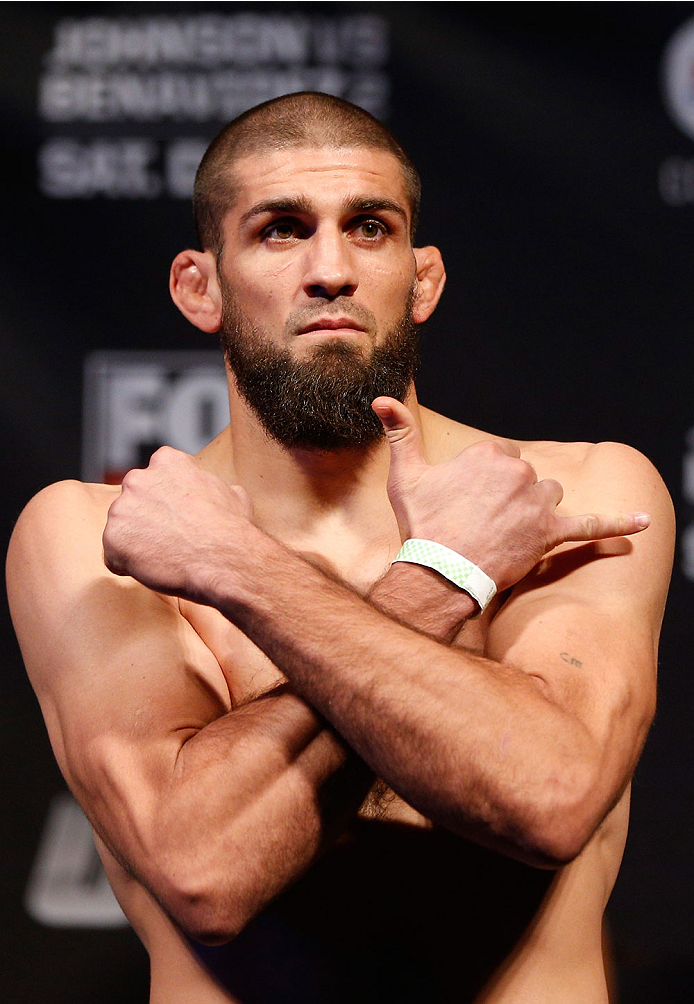 For anyone going through the recovery process, the biggest enemy isn’t necessarily hanging out with the wrong crowd or having access to the substances that brought on your addiction.

And after a December 2013 loss to Ryan LaFlare, welterweight Court McGee was seemingly going to have a lot of it thanks to a torn scapholunate ligament in his right wrist. Initially misdiagnosed, the UFC sent the Utah native to a specialist who correctly determined the exact nature of the painful injury.

“It's like the ACL of your wrist, only it's more difficult to attach and you can't do anything,” McGee said. “I was told it would be a year before I could start punching and moving. I was in shock. A year's a long time.”

It could have been even longer considering the whole “idle time” situation, but the 30-year-old married father of two boys, who has been sober since April of 2006, wasn’t about to go down those dark paths again.

“I started speaking and sharing my story of overdosing and five years later winning The Ultimate Fighter,” he said. “So I had some other sources of income. I started doing some private lessons and teaching a little bit, I was doing seminars and I just filled my time with staying busy and staying focused.”

Eventually, he was back in the gym doing everything he did before the injury, and on Saturday, he opens up the UFC 194 card in Las Vegas with a bout against Brazil’s Marcio Alexandre. It wasn’t as simple as that, as the road to recovery in practice was just as stressful.

“It was some ego deflation, because the same guys I was working over two years ago were working me over, but I never took into consideration that they were getting better for the last two years,” McGee said. “Thank goodness for good coaching and good people around me, telling me I was a lot better than I thought. I worked back at it just one day at a time.”

And when he got the green light to compete, nothing made him happier than to call UFC matchmaker Joe Silva and tell him that he was ready to fight again. It’s been a long time, and time can be a killer to any fighter’s prime, but McGee is determined that whatever happens, he will leave the Octagon knowing that he gave it his best shot.

A fight’s a fight. Someone wins, someone loses. In more important matters, Court McGee has already won.

“Life is incredible today, and I'm glad I get to be a part of it and I don't have to numb it out.”