"My job in the UFC is to come out and put on a show for the fans." - Court McGee 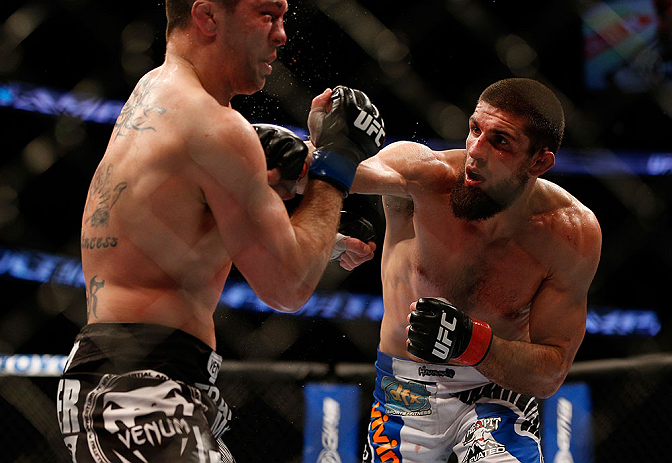 There is a tendency when writing features about athletes to push them to tell their full story a time or two, when it can have the greatest impact, only to relegate it to anecdotal status once you’re convinced the audience doesn’t want or need to hear about that element of the athlete’s life in great detail any longer.

For UFC welterweight Court McGee, the fact that he is a recovering heroin addict and alcoholic who once was clinically dead following a drug overdose has become a “between two commas” descriptor – the story that was told in earnest during his introduction to the UFC audience on Season 11 of The Ultimate Fighter, and shuffled further and further into the background with each passing appearance in the Octagon.

While many fighters want to be known chiefly for their exploits in the cage, not the captivating back story that differentiates them from their contemporaries, McGee lands at the other end of the spectrum. > Watch: McGee submits Kris McKay at the TUF 11 finale

“That’s my story – that’s all I have,” he says of his battles with addiction as we talk on a Sunday afternoon in early August, falling right back into the conversational rhythm we had during interviews that never felt like interviews before each of his previous three trips into the cage.

“Let me tell you this, man: I would not be here, interviewing with you for the UFC if I had not gotten sober April 16, 2006. I know that for a fact.

“I wouldn’t take it back,” he adds. “And if I can help someone, somewhere, in some way, it’s worth it. I fight to carry the message to people who struggle out there, that there is a way out, and if I can make it out of the struggles I made it out of with drug addiction and alcohol addiction, then you can.”

No matter how many days sober he’s logged (for the record, it’s now more than 2,680), there won’t be a moment that passes where McGee wants his struggles with addiction, continued efforts to live a sober life, and eagerness to carry his message to others to be glanced over in whatever feature stories precede his next fight.

He embraces the hazy, twisted path that carried him to this moment fully, warts and all, and it’s that journey that sets the things in his professional life into perspective in a way that not many other people, let alone fighters, can truly understand.

“Being a UFC fighter is a lifestyle,” he says, transitioning from a conversation about his move to the welterweight division to an over-arching discussion about the road that is currently leading him back to the Octagon to take on fellow Ultimate Fighter winner Robert Whittaker later this month at UFC Fight Night: Condit vs. Kampmann 2 at Bankers Life Fieldhouse in Indianapolis, Indiana.

“If anybody says it’s a part-time job – I don’t know for them, but for me it’s a full-time job. I had other side jobs to help supplement my income, but this has been my career – the career that I chose and the career that I wanted to do - since the day I signed to fight Jeremy Horn (on December 1, 2007).

“It was the first time I had cut down to 185 pounds, because I had fought at 205 pounds, but I decided that day. I quit smoking cigarettes; I threw my pack of cigarettes out the window. I hate littering, but I threw my whole pack of cigarettes out, and that meant I was serious. I haven’t smoked since. That day it became my career, and I was going to do everything I could do in my power to make a living at this, and succeed, and I did. 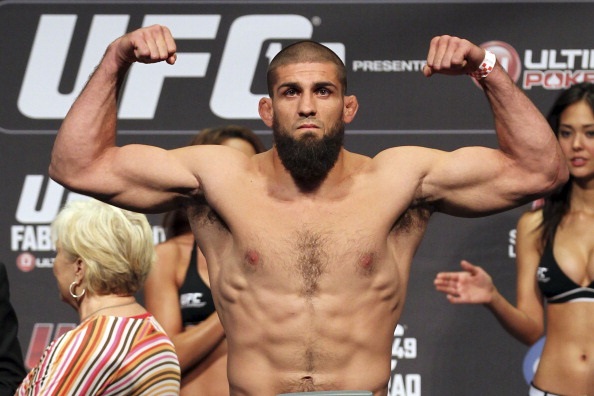 “It came with great struggle for a long time, but throughout my training, I’ve always tried to keep an open mind, and take suggestions from anybody. I’ve had some success. I’ve had some failures. But I’ve learned from them all. The good times, the bad times, the good camps, the bad camps, good fights, bad fights – I’ve tried to learn from all of those, and that kind of brings me to where I am today: a welterweight in the UFC.”

One that is looking to continue climbing the ladder in the 170-pound ranks with a win over Whittaker, the 22-year-old Australian who won the welterweight competition on TUF: The Smashes before dispatching another former TUF winner, Colton Smith, at UFC 160 back in May.

With a 4-2 record in the UFC already to his credit, and coming off a win over veteran Josh Neer last time out, the pairing with a relative newcomer like Whittaker caught many people by surprise.

Since the bout was announced, McGee has heard all kinds of differing opinions on his upcoming fight and the opponent he’ll face on August 28, but he’s opted to disregard them all, crafting his own thoughts on his young foe based on his intimate knowledge of the path Whittaker has taken to reach this point in his career.

“If he won that show, he’s tough, man, and he deserves to be in there,” he reiterates. “And I deserve to be in there with somebody like him. It kills me when people say, `You don’t deserve to fight this guy’ or `You’re gonna kill this guy,’ because you don’t know what’s going to happen until it happens. There are upsets all the time.

“That kid is trial tested, man – he don’t got to prove nothing else. He won that show, he won another great fight against a guy who was awesome, so it’s not up to me to decide whether somebody deserves or doesn’t deserve (to fight me). My job in the UFC is to come out and put on a show for the fans.”

The way McGee looks at it, he’s been preparing for this fight, this opponent, this moment, for his entire career.

“I had a student one time,” begins the willing, engaging storyteller. “He had a nice car, and I had this s---y little Toyota Camry – an ’89 Toyota Camry with like 250,000 miles – but it was all I could afford because I had lost everything through my drug addiction. I was re-learning how to do everything, and I didn’t have s---, man.

“I walk out, and he’s like, `That’s funny – you’re the instructor, but I have a way nicer car than you.’ I didn’t take it to heart. I was like, `What the f--- does my car have to do with instructing you in martial arts? Doesn’t matter.’ 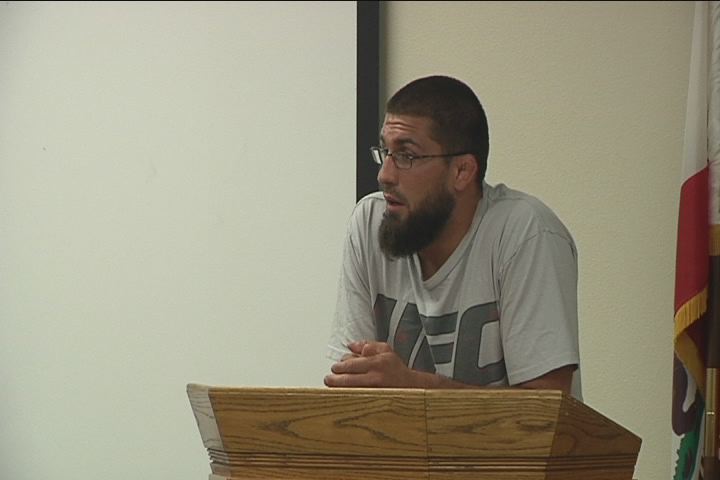 “He just laughed and walked away, and I don’t think he knew that I had used heroin, but it was the truth. To me at the time, it was a lot better than doing heroin. I hung out with a bunch of people who stayed sober, and all they did was smoke cigarettes and drink coffee. So that’s what I did, because I didn’t know what else to do.

“I was helping this guy run his gym as a little extra income, and I was working as a plumber. I was really trying to pursue this as a career, get better at what I was doing by competing a lot in jiu-jitsu, amateur and professional boxing so I could get good so that I knew later in life if I ever fought somebody like this Robert Whittaker that I would be prepared to go out and fight this guy and win.”

Almost six years after his last cigarettes and nearly 2,700 days since his last intoxicating encounter with drugs and alcohol, McGee is intent on doing just that and more when the two share the cage next week at UFC Fight Night.

“You can expect that I’ll be in great shape for this fight, and ready to beat anybody in the world,” he says just before we close out another lengthy conversation. “But my focus is Robert Whittaker, so I’m going to come out and beat Robert Whittaker.