Court McGee: A Personification of Hope

12 Years Into A Rollercoaster Of A UFC Career, Court McGee Has Consistently Remained A Beacon Of Hope, Both Inside And Out Of The Octagon
By E. Spencer Kyte, on Twitter @SpencerKyte • Jun. 15, 2022

When Court McGee steps into the Octagon on Saturday night to face Jeremiah Wells, it will be 12 years less a day since the night “The Crusher” delivered his heartfelt post-fight victory speech after winning the middleweight competition on Season 11 of The Ultimate Fighter.

“I want to dedicate this fight to anybody who is struggling today,” he said, his voice cracking and wavering on June 19, 2010, after submitting Kris McCray. “I love you all.”

A dozen years, 18 fights, and innumerable ups and downs later, McGee is still regularly making the walk to the Octagon, carrying a message of hope to those that struggle. And from a performance and results standpoint, the 37-year-old is doing as well as he has since those early days of his UFC career.

“I know I’m 37, but I’ve never felt like this,” said McGee, who secured a unanimous decision win over Ramiz Brahimaj in January to earn the first pair of consecutive victories he’s had since winning his first two welterweight assignments in 2013.

Should he push that run of success to three against Wells this weekend in Austin, it’ll be the first three-fight run of success McGee has enjoyed since following his victory over McCray with wins over Ryan Jensen and Dongi Yang to begin his UFC career.

Some of the inconsistency in his results over the years comes down to fighting tough competition, and the litany of injuries and surgeries the proud father of three has endured certainly didn’t help things either. But the thing that has really helped McGee turn a corner and enter this weekend’s contest with a little momentum is that fighting isn’t an all-consuming thing for him anymore.

In fact, it’s just one of a half-dozen or so things that garner the Utah native’s time, attention, and focus. 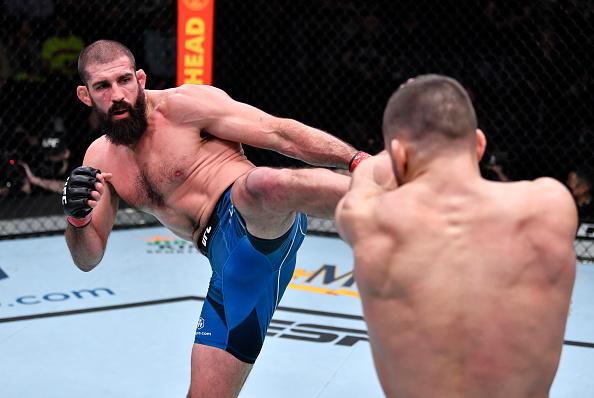 “When it’s go time, it’s go time. When I’m with my kids, I’m with my kids. When I’m strength training and by myself, I’m by myself and I have to take it a little more seriously, but I’ve never had a problem being able to push myself,” said McGee, who continues to work with people in recovery, does speaking engagements, works with the local high school wrestling team, and is part-owner of a gym, where he runs classes and trains emerging fighters in the area. “But there have been times when it was incredibly all-consuming.”

He points specifically to the build up to his fight with Marcio Alexandre Jr. at UFC 194, which took place on his birthday, December 12, 2015.

He last fought two years earlier, and spent the previous 18 months recovering from a pair of major wrist operations. Funds were getting low and he had more than a couple conversations with people in his corner that asked if training and competing was still something that he wanted to be doing.

“I had somebody tell me, ‘If you don’t want to (do this), I’ll help you start a gym, do something different, but if you’re not in it, now is the time to get out,’” recalled McGee. “I really questioned it for a whole year, and I just knew I had to go back out and finish one more.”

His coach on The Ultimate Fighter and close friend Chuck Liddell walked him to the Octagon that night, and he scored a unanimous decision victory. I was there — he was beaming with pride and excitement when he got back to the media room for his post-fight scrum. 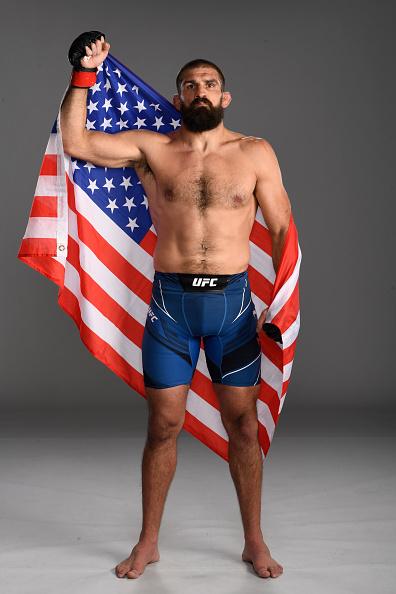 Court McGee poses for a post fight portrait backstage during the UFC Fight Night at UFC APEX on May 22, 2021 in Las Vegas, Nevada. (Photo by Mike Roach/Zuffa LLC)

“I knew I made the right decision,” he said, thinking back to that moment. “From that moment on, I told myself that I was going to become the professional athlete that my sons can look up to, but also, it is what it is.

What’s really interesting is that while McGee heads into this fight with Wells in the best form he’s shown in several years, with the potential of replicating the longest winning streak of his UFC career a dozen years after kicking off the first such instance, he’s also been spending some time thinking about retirement.

Saturday night isn’t going to be McGee’s swan song, but the mindful competitor is quick to admit that when to walk away and how he’d like to do it has been something he’s thought about throughout his career. What once used to make him nervous is now a subject he’s extremely comfortable discussing, because he’s able to put it all into perspective, and look at himself as so much more than a professional fighter.

“I want to compete to compete, not just for the paycheck,” said McGee. “When I hang it up, I want to hang it up on my own terms.

“I’ve thought about those things off and on my entire career, but now I’m at a point where I have the gym, I have supplemented income, I do the speaking and I could do sponsorship stuff, but I still have the desire to compete at the highest level in the world, and I still feel like I’m getting better.

“I’m not scared to talk about it, either,” he added. “I know it’s inevitable, but I also know it’s not the end of the world. I’m not taking any of the experiences I get to have right now for granted, same with the experiences and information that I get to pass on to the next generation coming up 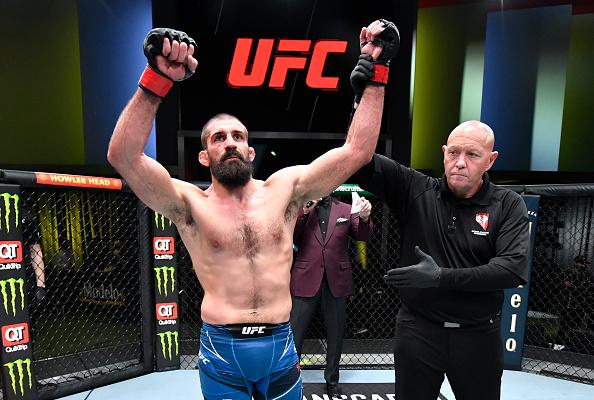 Court McGee reacts after his victory over Ramiz Brahimaj in their welterweight fight during the UFC Fight Night event at UFC APEX on January 15, 2022 in Las Vegas, Nevada. (Photo by Jeff Bottari/Zuffa LLC)

First though, he’s eager to get out there and compete against Wells on Saturday night, 4,383 days after first standing in the center of the Octagon, sending a message of hope to those that struggle, and showing them that there is always a possibility of making it out.

“Well,” he said, taking a long pause after being asked what means to him to still be here, all these years later, competing at the highest level, with a second three-fight winning streak within reach. “It’ll show me that… it’ll show me that I have not given up, I’ve remained teachable, and it will feel amazing.

“Regardless of what happens, it will feel amazing.”