The history of the UFC has seen countless memorable moments, both in and out of the Octagon, and the upcoming UFC 200 card on July 9 is likely to produce some more. But until then, let’s take a look at 10 moments no UFC fan will ever forget. 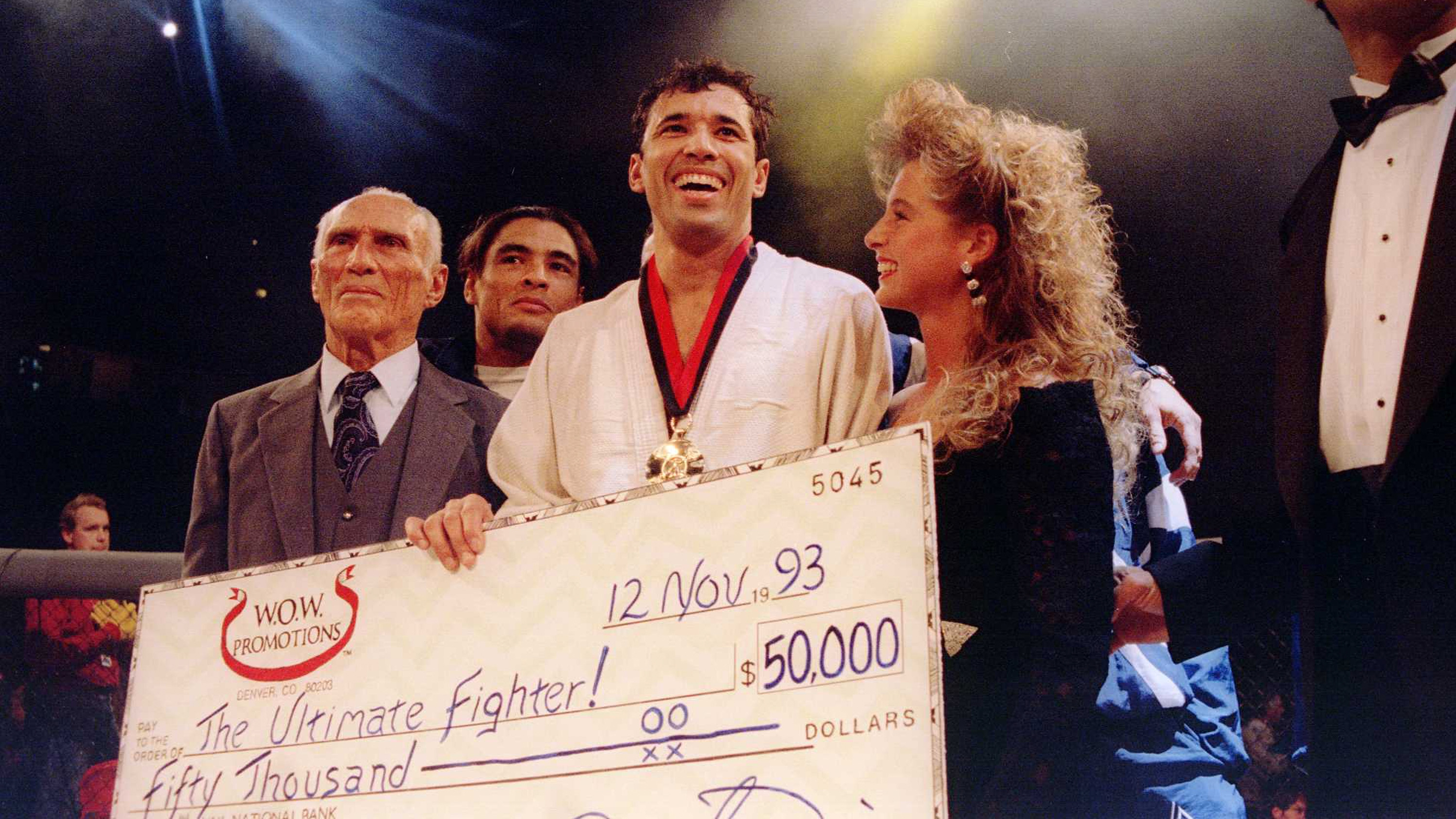 UFC I – The first event

Originally designed to see what combat sports style would emerge victorious in a real fight, the Ultimate Fighting Championship’s first event on November 12, 1993 turned out to be the start of a revolution, as Royce Gracie introduced the United States to jiu-jitsu as well as what would eventually be known to the world as mixed martial arts. That night in Colorado, the unheralded Gracie won three fights over Art Jimmerson, Ken Shamrock and Gerard Gordeau to take the first UFC tournament, and the sporting scene would never be the same. 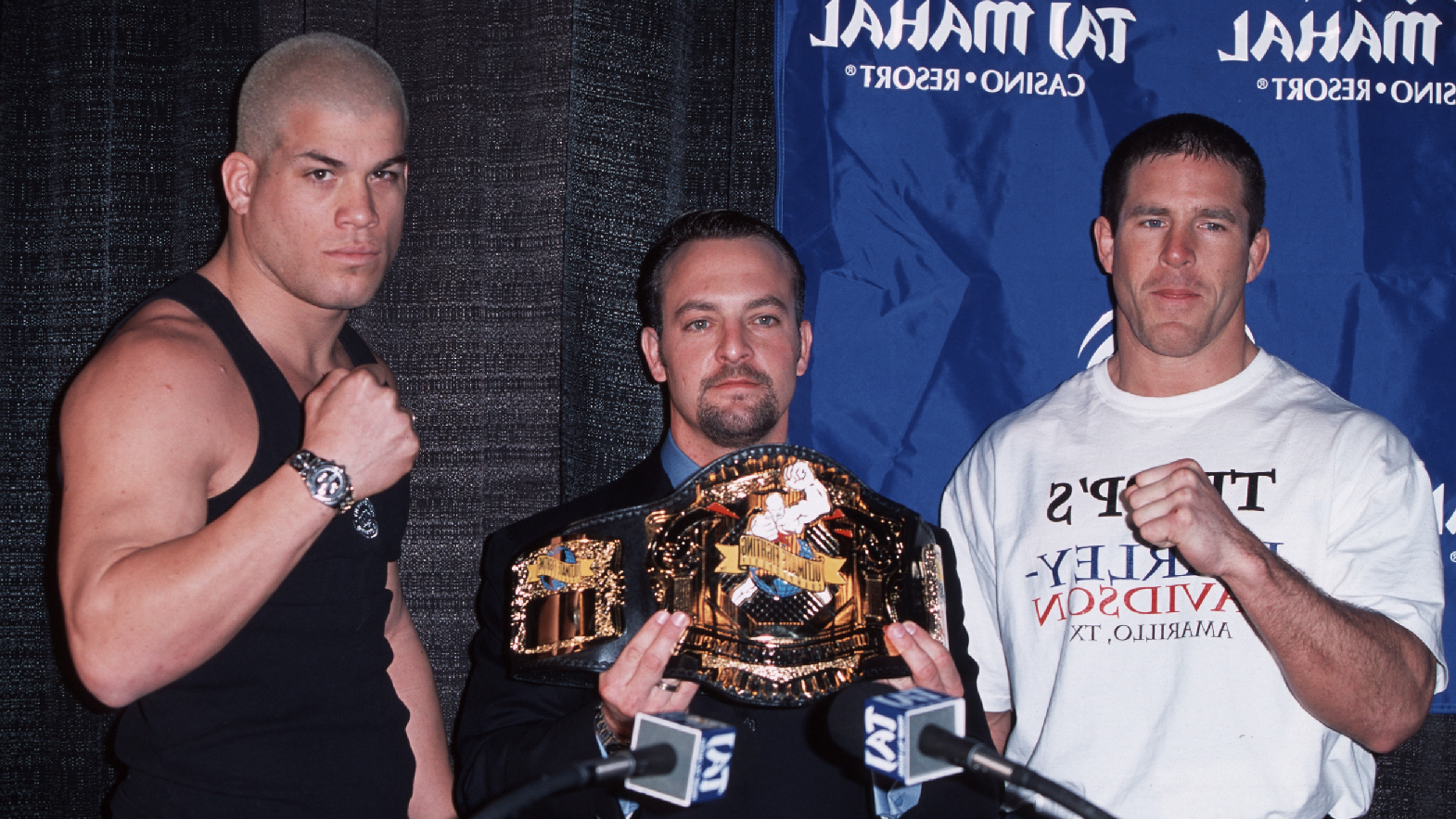 Led by Lorenzo Fertitta, Frank Fertitta and Dana White, a company named Zuffa – an Italian word for “fight” – bought the struggling UFC in January of 2001 and began the process of taking MMA to the masses. The new owners’ first event took place at the Trump Taj Mahal in Atlantic City, New Jersey, and UFC 30 featured several fighters who would become stars and / or champions in the coming years, including Tito Ortiz, Evan Tanner, Jens Pulver, Caol Uno, Josh Barnett and Sean Sherk. 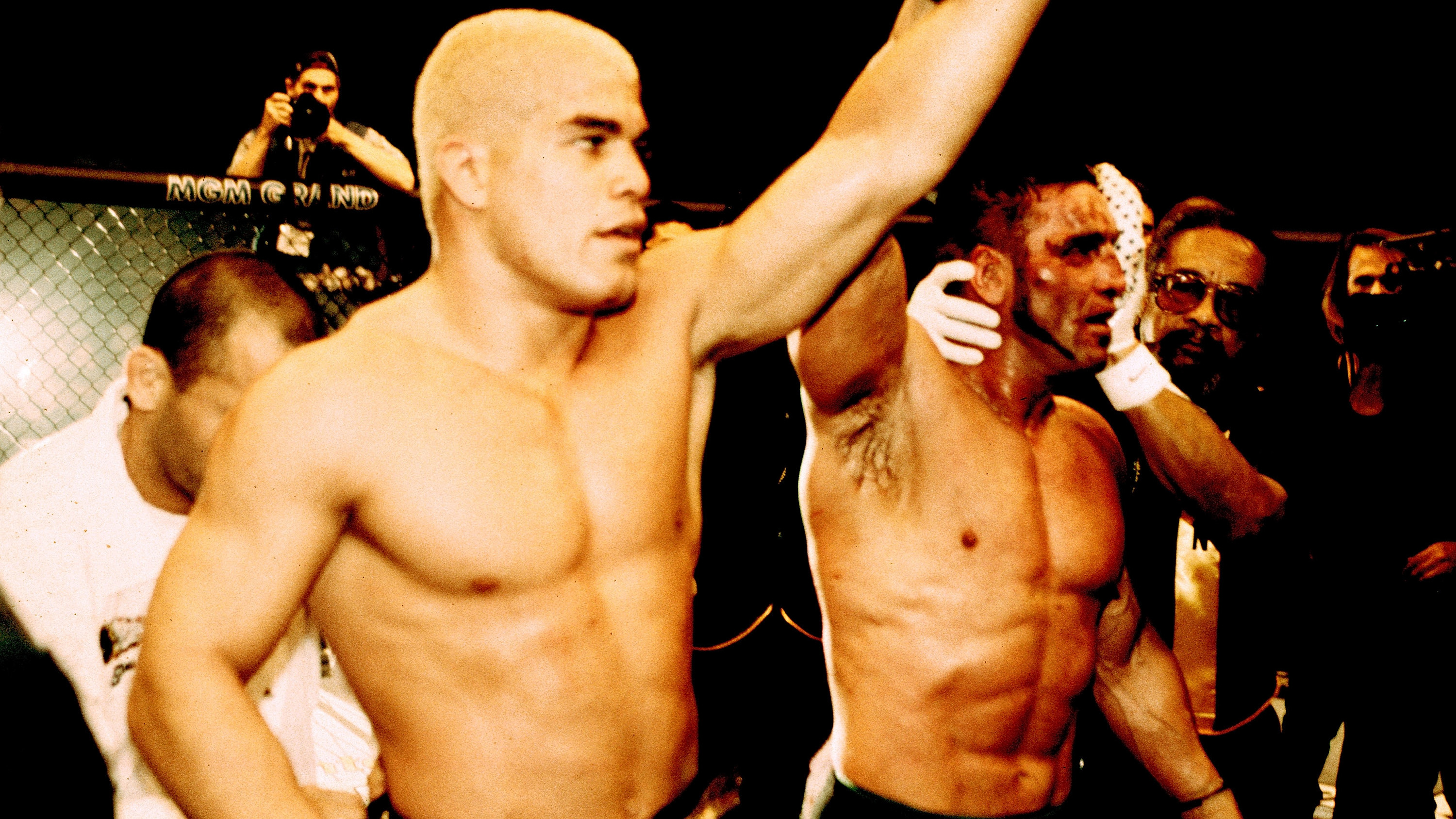 As the new era of the UFC kicked into high gear, one fight captivated fans more than any other – 2002’s light heavyweight championship battle between champion Tito Ortiz and challenger Ken Shamrock. Ortiz was the face of the promotion in those years, and Shamrock – a UFC pioneer – came back to the organization even more popular than before thanks to a stint in pro wrestling for the WWF. But more than that, this was a rivalry brewing for years, going back to Ortiz and Shamrock verbally feuding over the perceived lack of respect shown by “The Huntington Beach Bad Boy” to Shamrock and his Lions Den team. The UFC 40 main event ended up as an anti-climax, as Ortiz won a one-sided bout, but the lead-up to the fight ushered in a new era of notoriety for the UFC. 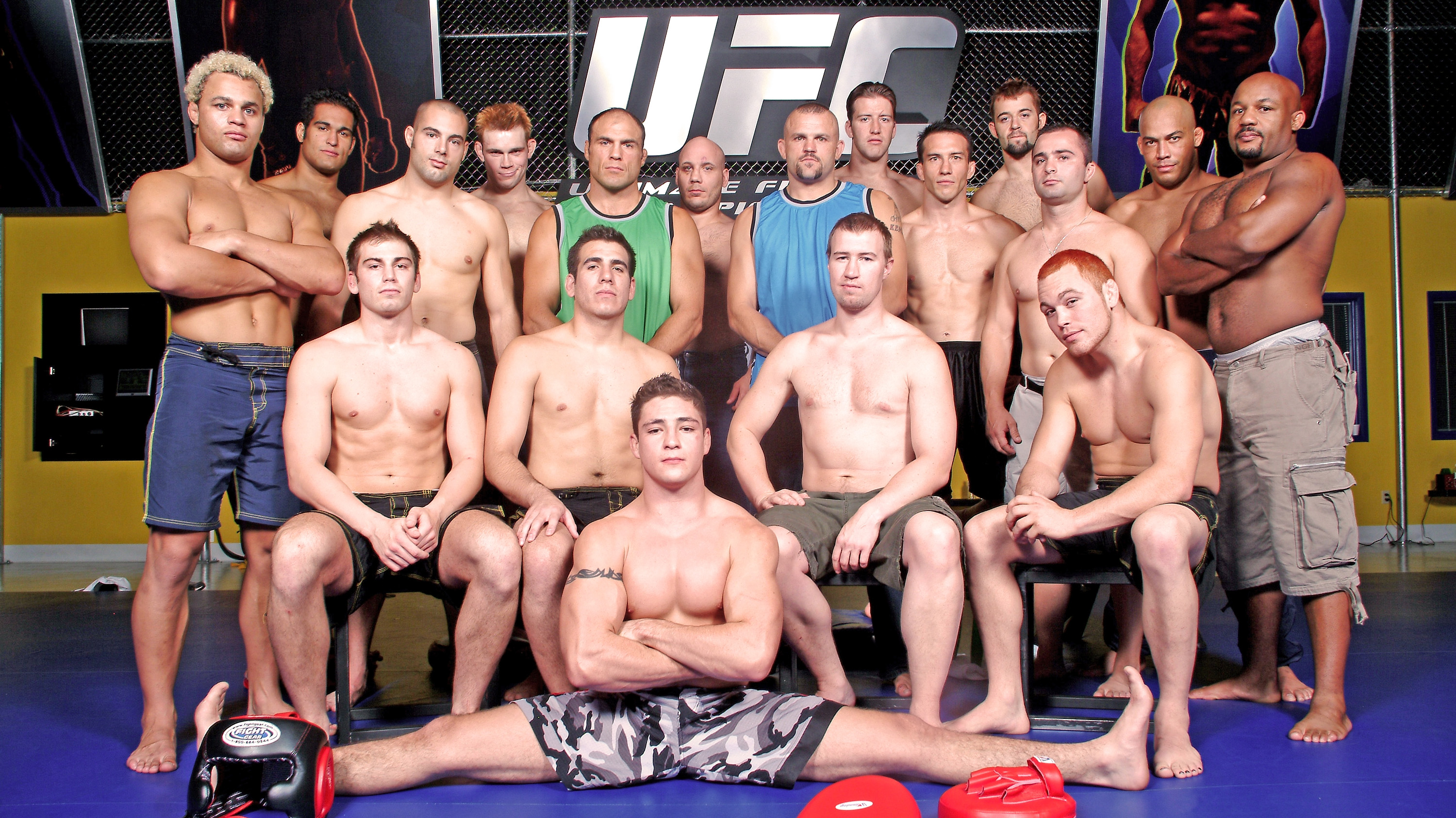 UFC President Dana White called the reality show The Ultimate Fighter the promotion’s Trojan Horse, as it brought fans in that saw just who professional fighters were and how dedicated they were to their sport. And once they were in, they would be hooked. It was a great call by the Zuffa brass, and it may have saved the company, which was bleeding money at an alarming rate before the show aired and Forrest Griffin and Stephan Bonnar capped things off by delivering an epic final match to the TUF 1 tournament on live television. This is where the MMA explosion in the United States truly began. 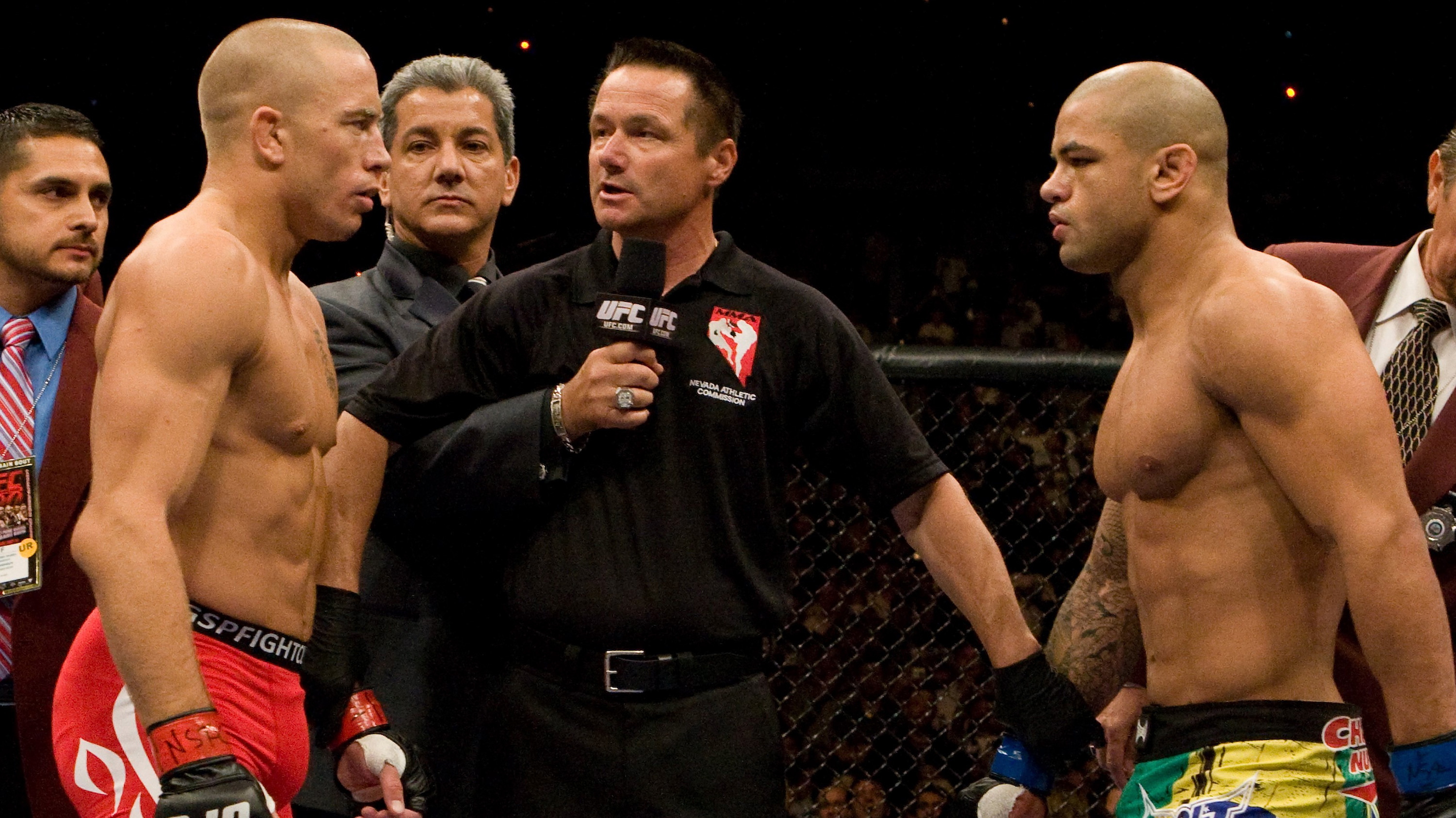 Even though TUF Finales and UFC Fight Night cards technically made this the UFC’s 133rd event, in terms of the numbered events, this was the big one, and the promotion pulled out all the stops in July of 2009. The first UFC Fan Expo took place in the lead up to UFC 100, and on fight night it was a stacked card headlined by three bouts: the heavyweight title fight rematch between Brock Lesnar and Frank Mir, a welterweight title fight pitting Georges St-Pierre against Thiago Alves, and a clash of TUF 9 coaches Dan Henderson and Michael Bisping. Put it all in the Fight Capital of the World, and you had a night to remember. 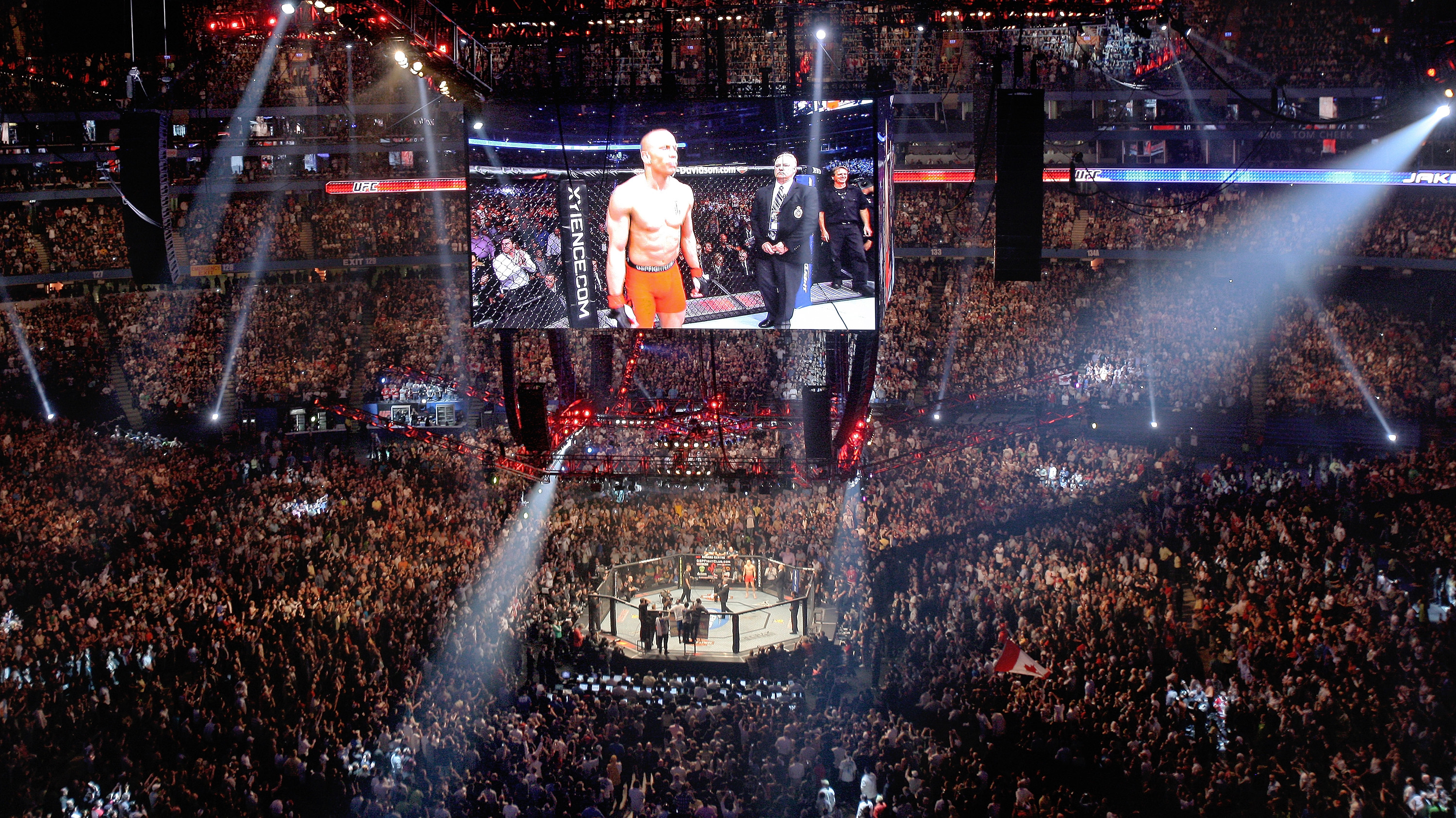 There was always talk of the UFC doing a stadium show, and in 2011, it happened. More than 55,000 (55,724) fans packed Rogers Centre in Toronto, Ontario, Canada for UFC 129, the biggest crowd to date for a UFC event, and home country favorite Georges St-Pierre didn’t disappoint his fans in the headlining bout, as he won a five-round decision over top contender Jake Shields to retain his world welterweight championship. It wasn’t until 2015 that this attendance record was broken by the 56,214 fans that showed up to Etihad Stadium in Melbourne, Australia for UFC 193. 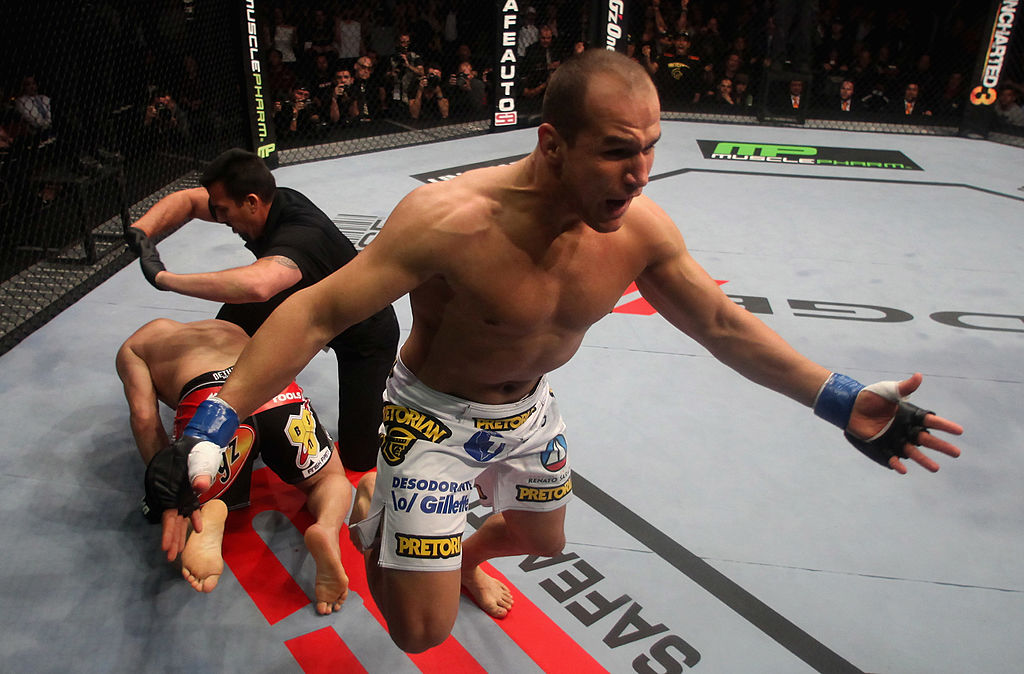 In August of 2011, the UFC made its biggest move to the mainstream yet when it signed a seven-year deal with FOX Sports that put the promotion’s events in prime time on network television, on cable television, and basically in everyone’s living room or on their smart phones. Launching on big FOX with Junior Dos Santos’ knockout of Cain Velasquez on November 12, 2011, this deal guaranteed that if you wanted to watch the UFC, you could find it on practically any night of the week. 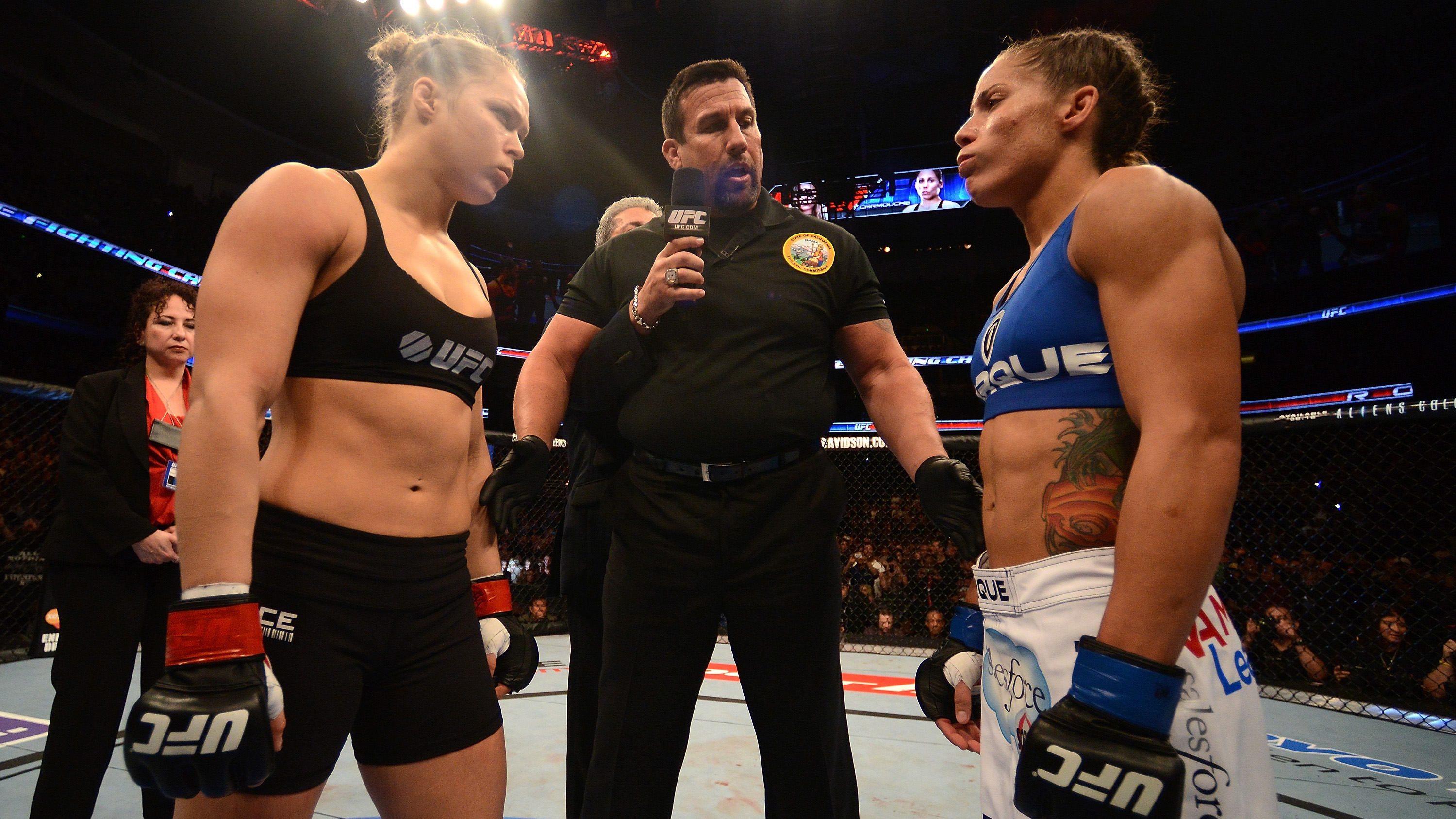 Ronda Rousey was the gamechanger, the Strikeforce women’s bantamweight champion that convinced UFC President Dana White that the ladies deserved to compete in the sport’s leading promotion. Once that was done, White sprung into action, and following the announcement that women would be gracing the Octagon, Rousey, the newly crowned UFC women’s bantamweight champion, and challenger Liz Carmouche competed in the first female bout in UFC history at UFC 157 in 2013, with Rousey successfully defending her title via armbar submission in the first round. 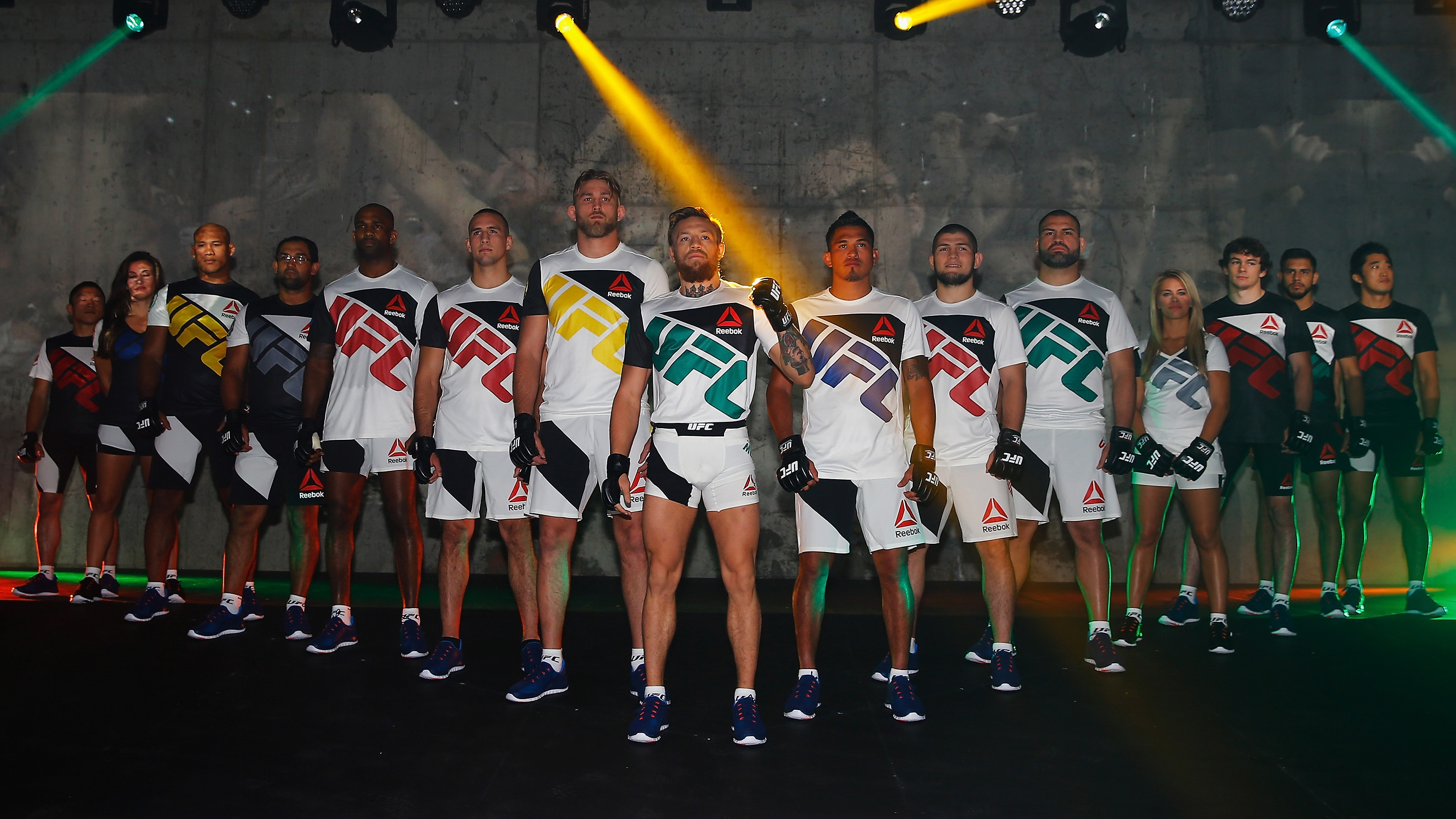 In December of 2014, the news hit the MMA universe that the UFC had signed a landmark apparel deal with Reebok, one that has changed the look of the sport and again established MMA as a legitimate sport up there with the NFL, NBA, NHL and MLB. Said UFC Chairman and CEO Lorenzo Fertitta of the deal, “This will be the biggest non-broadcast partnership that our company has ever signed, so it is significant.” 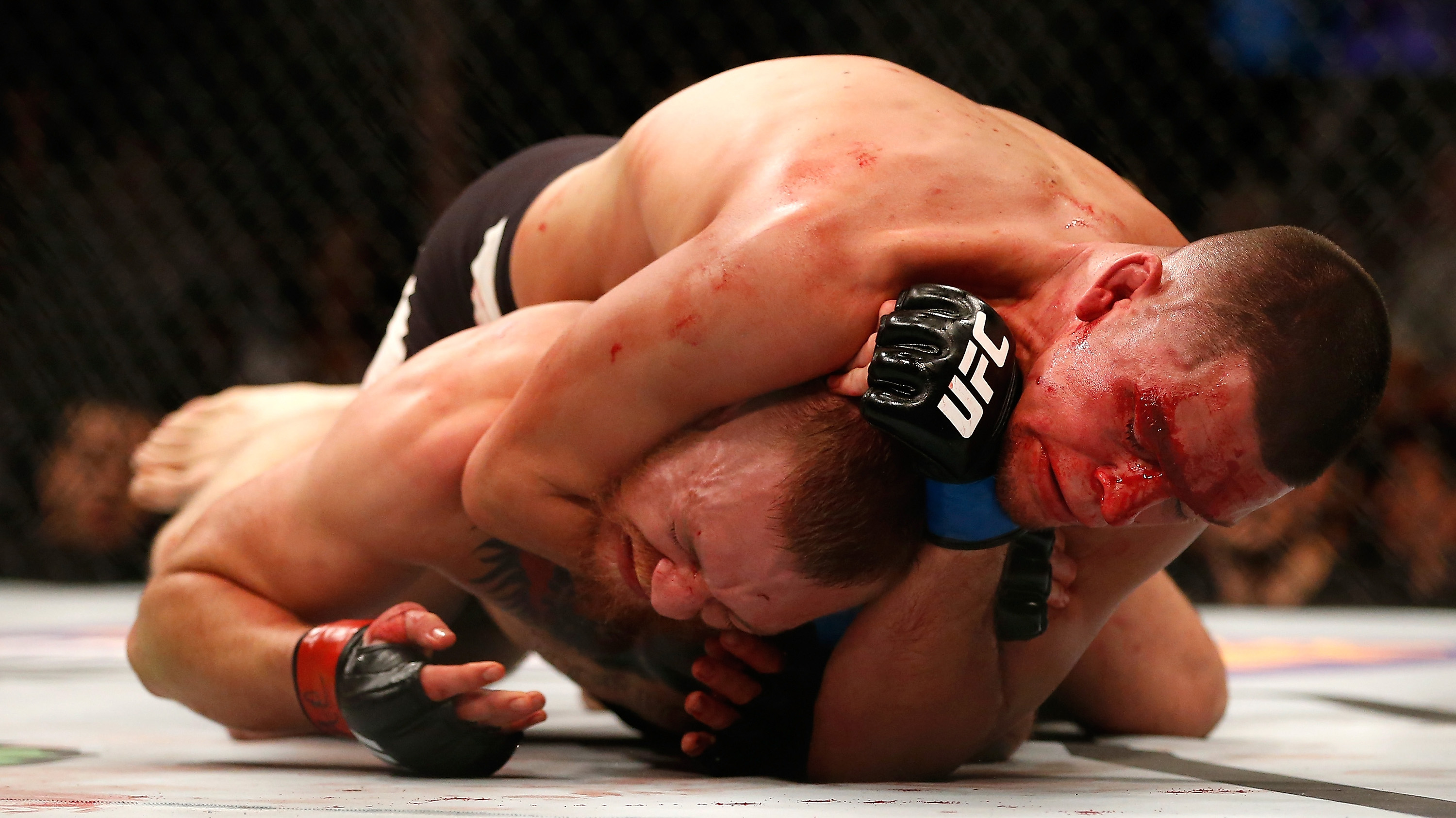 When UFC lightweight champion Rafael dos Anjos was forced out of his UFC 196 headliner against featherweight champ Conor McGregor, it was seen as a disastrous turn of events that would kill the buzz for the March card. Instead, McGregor stayed on the card, moving up a second weight class, and Nate Diaz stepped in to face him. What resulted was an epic build-up to the bout and an even better fight on the night, with Diaz holding off an early charge to submit McGregor in the second round. Add in Miesha Tate’s upset win over Holly Holm to win the women’s bantamweight crown, and what could have been a mess ended up being one of the UFC’s biggest cards yet.