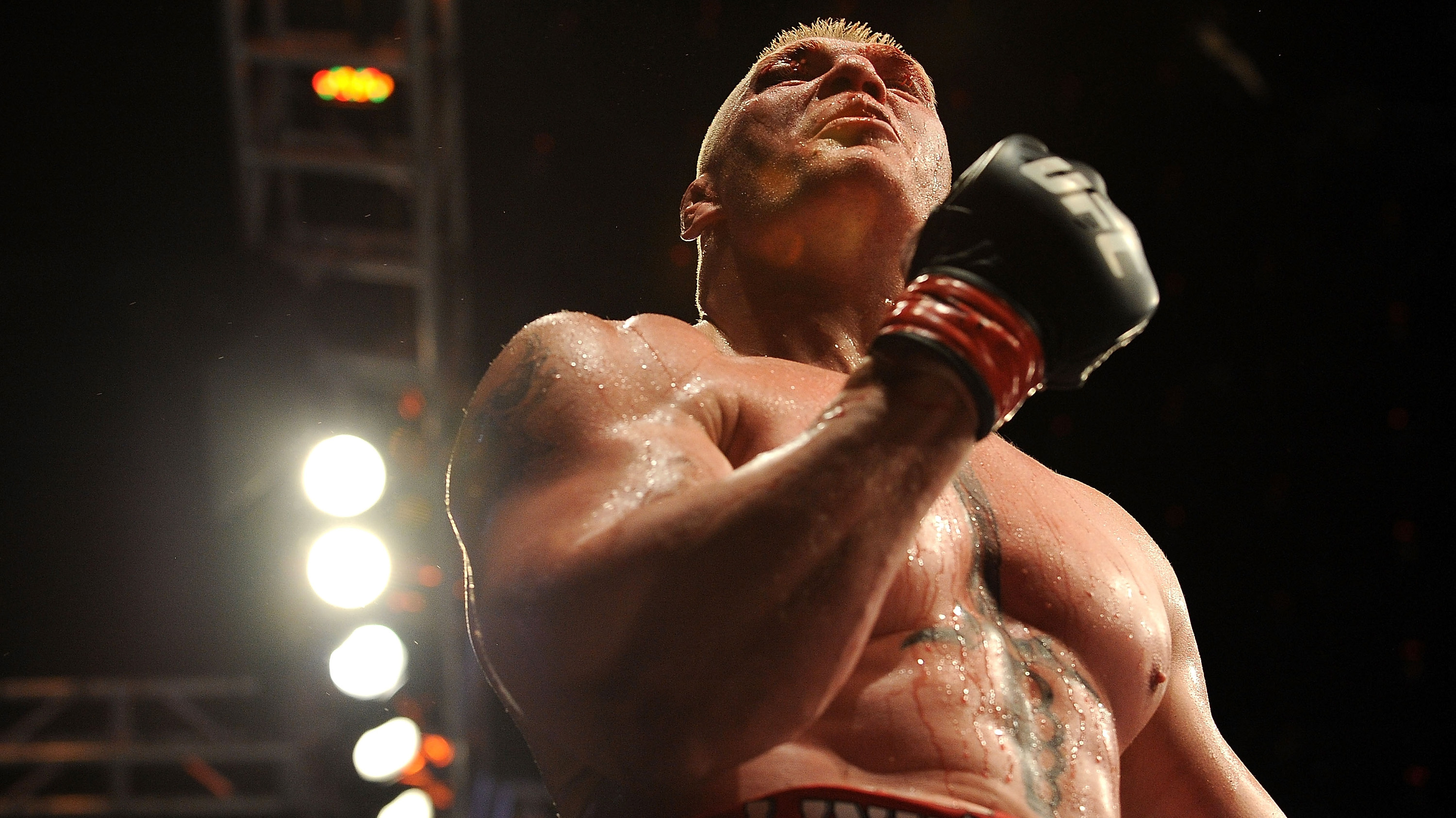 Seven fights. It’s a year and a half’s worth of work for guys like Neil Magny and Donald Cerrone, but when it comes to Brock Lesnar, his seven trips to the Octagon encompass his entire UFC career.

In any other case, it would constitute a flash in the pan, a brief spell of goodness that ended with more expectations than results. But when speaking of Lesnar, who starred in pro wrestling for the WWE before and after his nearly four-year stretch in the UFC, few fighters have had as much impact in such a small amount of time.

He won a UFC heavyweight championship in just his fourth pro MMA fight, defeating Hall of Famer Randy Couture. He engaged in a two-fight series with Frank Mir capped off with a UFC 100 victory that shattered records. And in his final victory before two losses to Cain Velasquez and Alistair Overeem ended his career, Lesnar engaged in perhaps the greatest heavyweight title fight of all-time when he defeated Shane Carwin.

That’s a lot of resume to fit into seven fights, but the big man from Minnesota did it while also giving MMA fans something they had rarely seen. He was truly larger than life, a monstrous presence with lunchpails for fists who was fearless in his ambition. He knew he was giving up experience practically every time he set foot in the Octagon, but the UFC brass didn’t baby him and he didn’t want that sort of treatment.

“I finally feel like I’m at home,” he said of being an MMA fighter in 2011. “Certain people are born to do certain things. Every day, there’s somebody who’s born for a specific job. It’s Greek mythology – you handpick this kid and he’s gonna be this. If it was back in the days, I would have been a gladiator.” 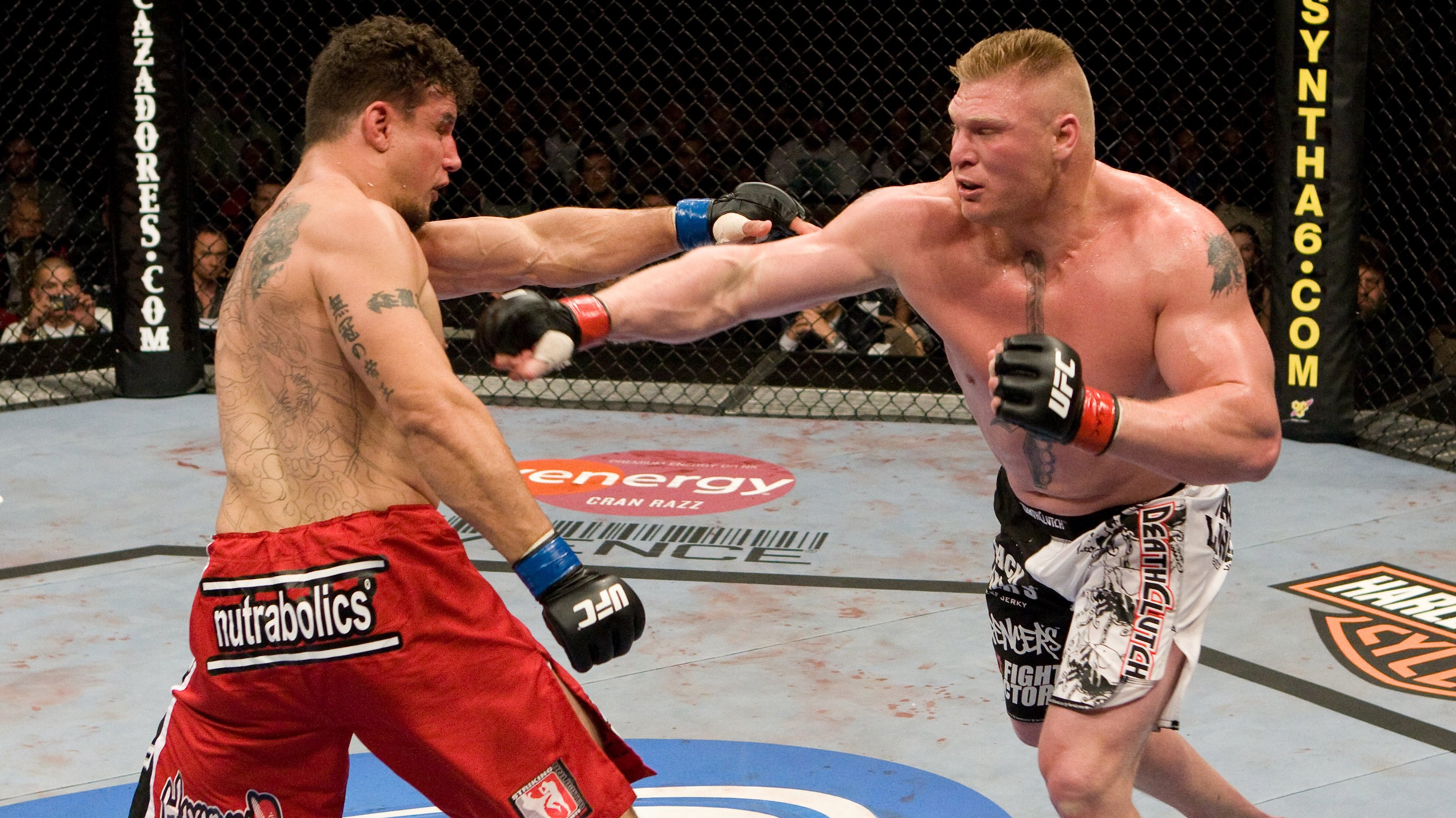 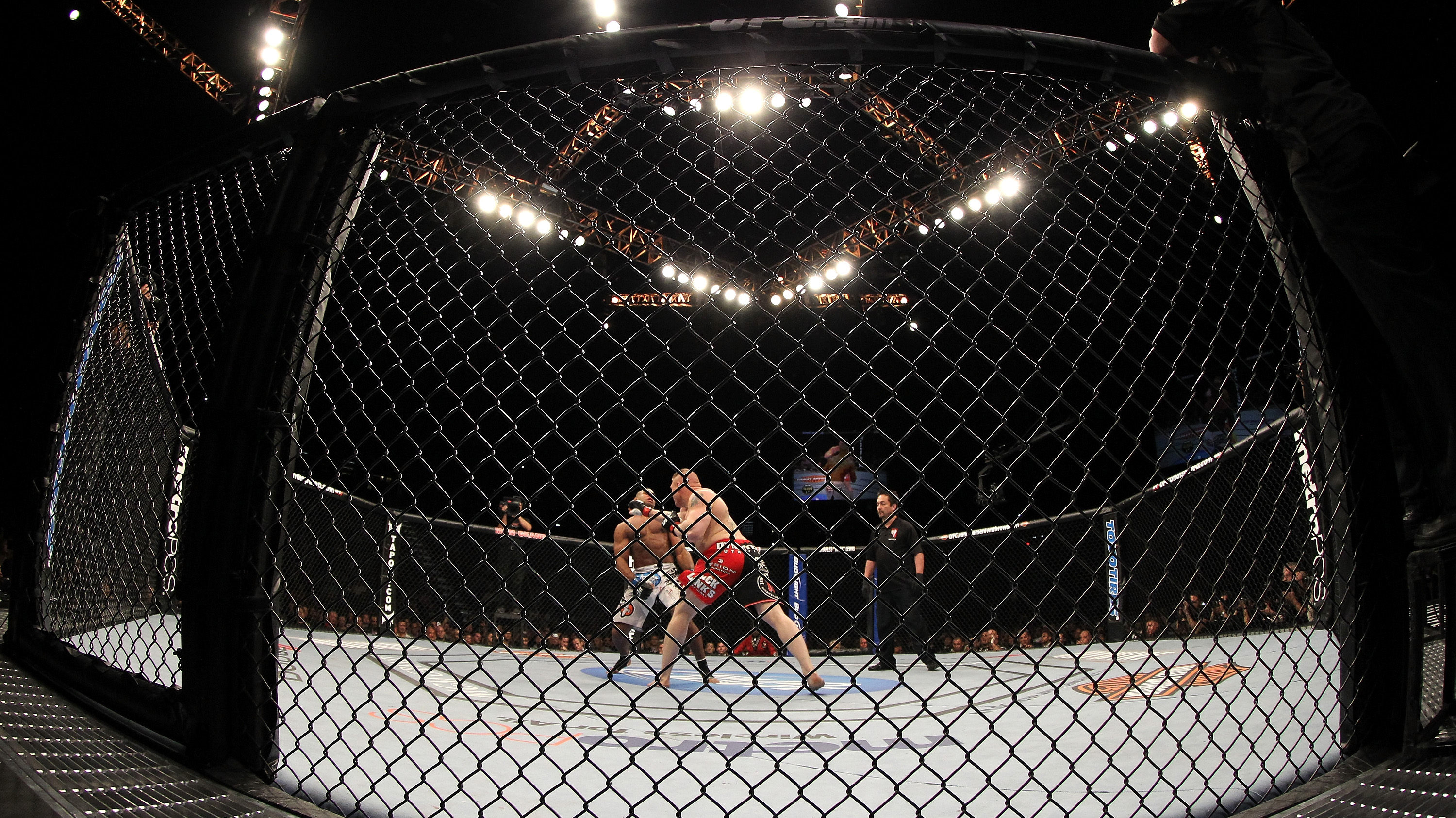 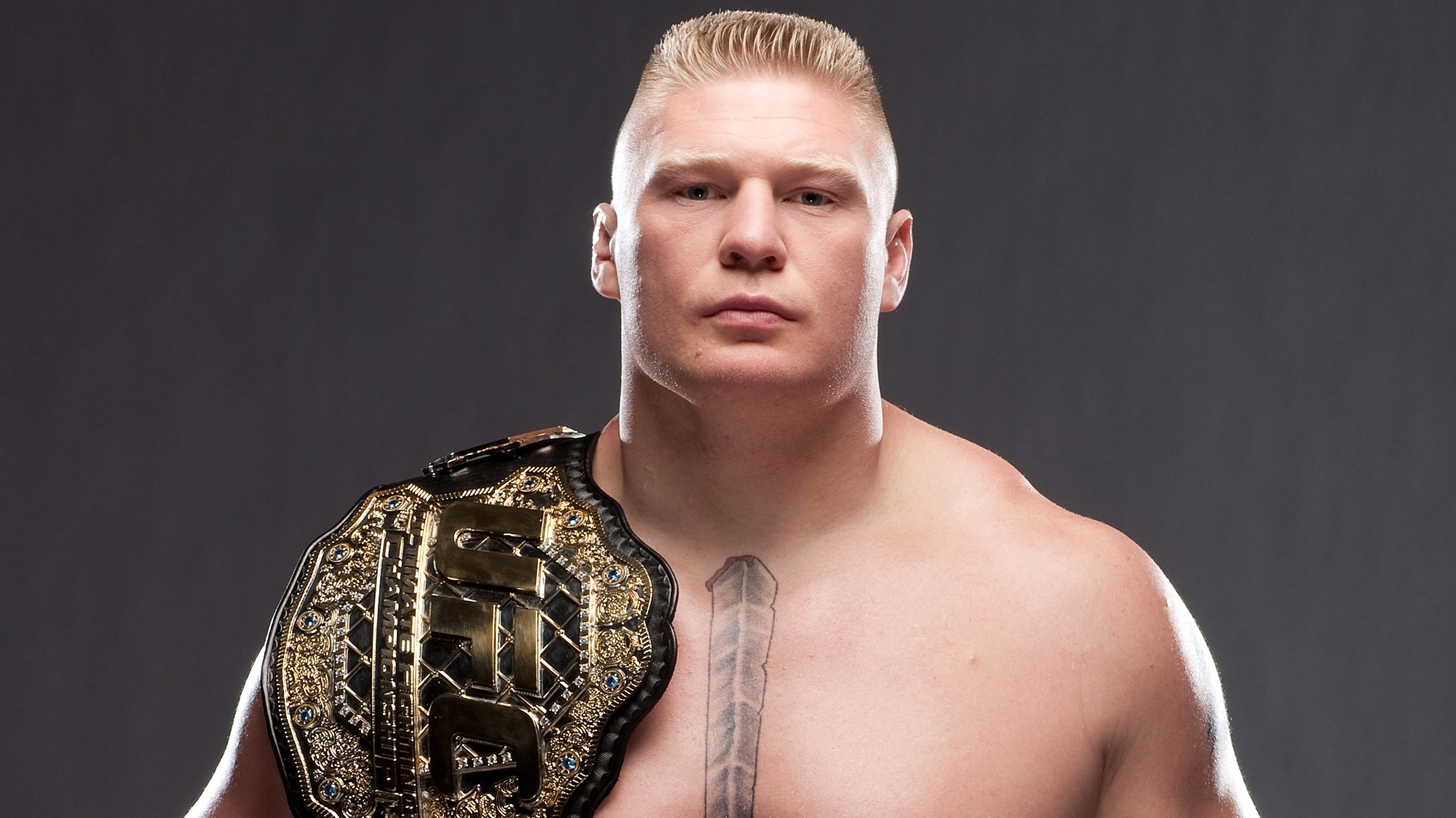 “I was born this way,” Lesnar continued. “I was born a bad motherf**ker and that’s who I am. It ain’t an act, and it’s not a line. There’s nobody out there like me. I was born to do this, and I’ll fight whoever they put in front of me. I’ve proven myself over and over again that this is my way of life. Where does it come from? I don’t know, it’s just who I am.”

And while he talked the talk and sold a fight like no other in his own unconventional way, Lesnar lived up to everything he said. UFC President Dana White told him from the start that if he wanted to fight in the Octagon he would have to jump right into the fire, and that was fine with the former NCAA Division I wrestling champion.

“I’ve looked up and down the entire roster, and I’m willing and ready to take on anybody,” he said on the afternoon in 2007 when he was introduced to the UFC faithful as the newest heavyweight on the roster. “In my mind, I feel like I’m ready. People don’t really understand that I’ve been an amateur wrestler since I was five years old. I’ve been through all kinds of athletics and stuck with them, I’ve got an amateur wrestling background of 18 years almost, and some of these guys that are getting into fighting don’t have these kinds of backgrounds. Obviously I don’t think I’m ready for a title shot right away, but I will be there, and I’m not gonna turn down any opponent because I’m here to prove myself. I’m not here to pick and choose my fights. I’ll fight whomever they want. I don’t make the fights; that’s not my job. I’ve got one job to do and that’s to fight.”

He did it better than most for a spell. He was seconds away from stopping former heavyweight champion Mir in his Octagon debut before getting submitted. He romped over Couture and former PRIDE star Heath Herring. In his rematch with Mir, he dominated on the sport’s biggest stage. And he showed his heart by taking a hellacious amount of punishment from Carwin before coming back to win.

And in reality, while he left the sport with a 5-3 record, the opponent he had no chance of conquering wasn’t wearing gloves. Bouts with diverticulitis shortened his career and left him short of fulfilling his potential, but maybe Lesnar was never meant for a 10 or 15-year run in the sport. Maybe this is the way it should have played out. Come in, make a thunderous impact, and then go, leaving everyone wanting for more.

“I’ve got one speed, and that’s wide open,” Lesnar said. “Everything I do is wide open. I’ll deal with the consequences after the fact.” 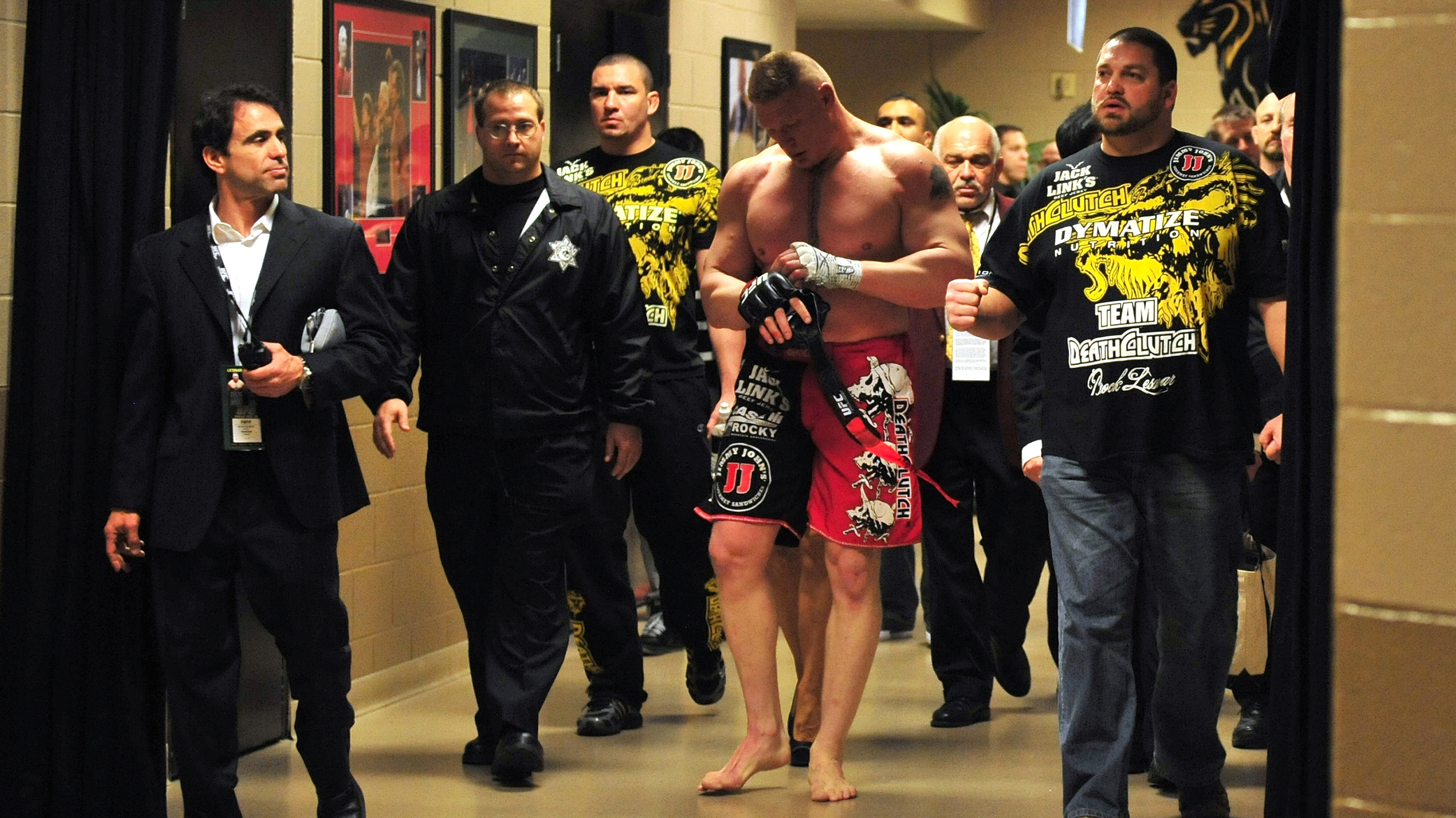 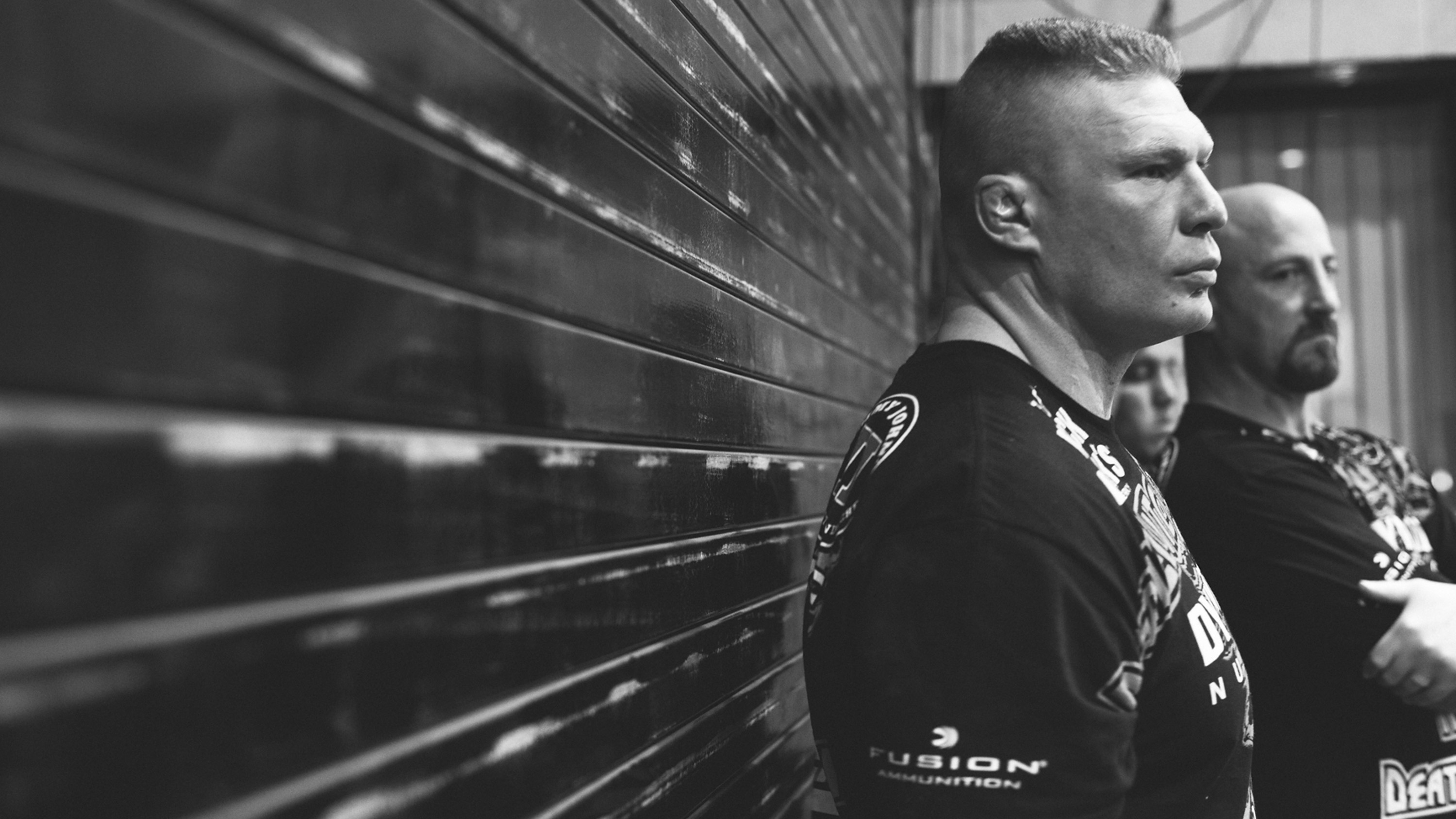