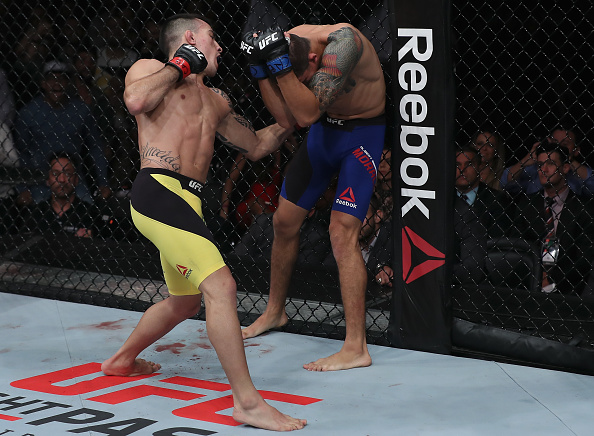 The knockout is the ultimate achievement in a combat sport. One strike can end or change the course of a fight, and that will most certainly be forever on the record of the victor…and the vanquished.

On our countdown to UFC Sao Paulo, we’ll revisit moments that highlighted previous events in the city in a five-piece retrospective. In this final chapter, let’s look at the top five knockouts.

October 1998 - Vitor Belfort vs Wanderlei Silva (Watch on UFC FIGHT PASS)
Only a few remember the fact that the first ever UFC card in Sao Paulo - and in Brazil - was in 1998, an event in which two top Brazilian prospects clashed: Vitor Belfort and Wanderlei Silva. Both would eventually have brilliant careers in the sport, but on that night, it was all Belfort, who finished the fight with a crushing knockout like many others we would see from him in the future.
COUNTDOWN TO SAO PAULO: PART 4 - Top 5 Submissions | PART 3 - Top 5 Entrances | PART 2 - Top 5 Faceoffs | Part 1 - Top 5 Celebrations

January 2013 - Vitor Belfort vs Michael Bisping (Watch on UFC FIGHT PASS)
Fifteen years later, Vitor was once again the big star of the second Fight Night in Sao Paulo, when he faced the current UFC middleweight champion Michael Bisping and ran through “The Count” with a head kick followed by an avalanche of punches.

May 2014 - Marcos Rogerio de Lima vs Richardson Moreira (Watch on UFC FIGHT PASS)
Twenty seconds. That’s all it took for veteran kickboxer Marcos Rogerio De Lima to show the power of his striking against his fellow TUF Brazil 3 contestant “Rick Monstro” when both made their UFC debut in 2014. 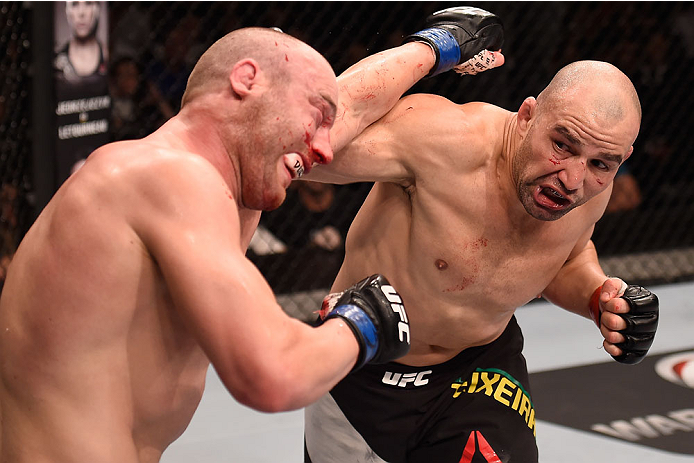 November 2016 - Thomas Almeida vs Albert Morales (Watch on UFC FIGHT PASS)
It isn’t hard to explain why 17 out of Thomas Almeida’s 22 career wins have come by knockout. The Sao Paulo native has two of the most powerful hands in the bantamweight division and he proved it the last time the Octagon went to his hometown, when he made Albert Morales pay for his trash talking before the bout, knocking him out on fight night.