Beyond the quality of the athletes involved, one of the most intriguing elements that surround a fight is the faceoff, something which can be intense, provocative or even relaxed and funny.

On our countdown to UFC Sao Paulo, we’ll revisit moments that highlighted previous events in the city in a five-piece retrospective. In this chapter, let’s look at the top five faceoffs. 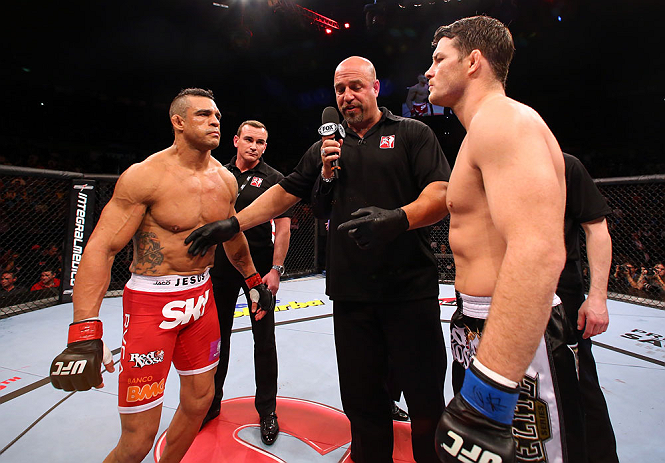 January 2013 - Vitor Belfort vs Michael Bisping
When Michael Bisping is involved, we’ll most certainly see trash talking and intense staredowns. In Sao Paulo in 2013, the current middleweight champion kept talking to Vitor Belfort during the whole faceoff, asking him to come closer. It was a tense atmosphere… but Bisping ended up being stopped by the Brazilian.

January 2013 - Thiago Tavares vs Khabib Nurmagomedov
Today, he is the number two-ranked lightweight in the UFC and one of the biggest threats to both undisputed champion Conor McGregor and interim titleholder Tony Ferguson. But when he flew to Sao Paulo in 2013, Khabib Nurmagomedov was still relatively unknown to most fans, and he certainly caught some attention wearing his now famous papakha hat. 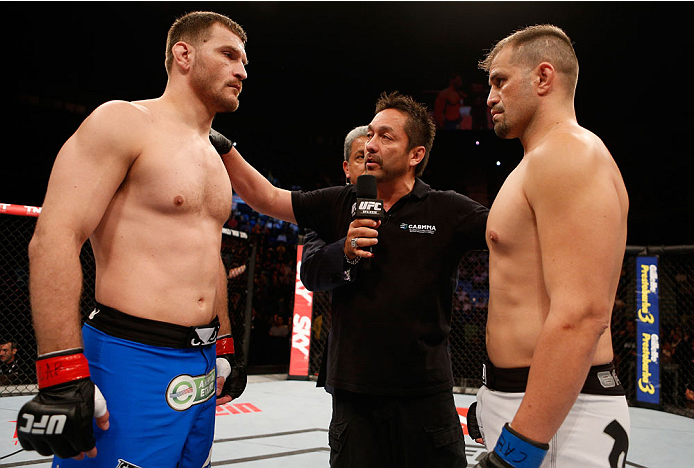 the spirit with which he replaced Junior Dos Santos on short notice against Stipe Miocic in 2014, and despite the size and weight disadvantage, the Brazilian didn’t look intimidated during the staredown with the current UFC heavyweight champion.

November 2015 - Alex Oliveira vs Piotr Hallmann
It doesn’t take long for Alex “Cowboy” Oliveira to own any room he enters with his uplifting mood and charisma. In 2015, he went to Sao Paulo in order to fight, but it looked like he was on vacation, as he stepped on stage with a big smile on his face while greeting everyone before facing off with his opponent, Piotr Hallmann, in a very polite fashion.

November 2016 - Thomas Almeida vs Albert Morales
The traditional Brazilian crowd chant ‘Uh, vai morrer’ is already known by every foreign athlete who fights here. And that was the way Albert Morales tried to intimidate Thomas Almeida when the two fought on 2016, saying the phrase right to Almeida’s face. As we saw the next evening, it didn’t work that well.