Cote hopes Canada gets him back on title trail 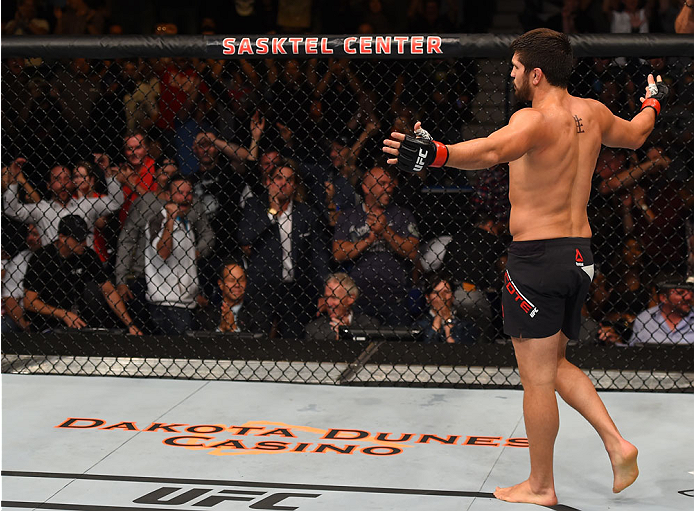 Donald “Cowboy” Cerrone made a resounding debut in the welterweight ranks with his first round finish of Alex Oliveira back in February. For his next test, the stakes have been considerably raised as he meets a resurgent Patrick Cote on June 18 in Ottawa.

At 36 years of age, ‘The Predator’ has looked better than ever since dropping down to welterweight. Bested once in six tests in the Octagon since entering the new weight class, he is currently on a three-fight win streak with his last two fights finishing by way of knockout against Josh Burkman and Ben Saunders.

Historically speaking, the contest taking place in Canada will be a boost for Cote. Having fought 18 times on home turf, he has only been beaten once. And as he explains, even that loss came with an often argued asterisk.

More on Cote vs. Cerrone: Matchup breakdown | Cerrone continues search for adventure | Submission of the Week: Cowboy vs Alex Oliveira

“When I think about this matchup, I think it’s a bad matchup for him. He’s coming to my turf and I’ve been very successful in Canada, so I can’t wait for it,” explained Cote.

“The only loss I had in Canada is in a slightly gray area because it came from that pile driver from Alan Belcher, but of course, I’m very happy to be fighting in Canada. This is my place, you know? I’ve got a solid fan base. I’m expecting a big atmosphere in Ottawa.

“Cerrone is usually the fan favorite but I don’t expect him to be this time around. The people will be behind me as always. Every time I fight in Canada I feel the support of the crowd and I’m pretty sure it’s going to be the same for this fight.”

Cote has no problem talking about his crack at UFC gold when he met the legendary Anderson Silva in October 2008. In a cruel twist of fate, he was forced to retire from the contest in the third round after sustaining a knee injury. 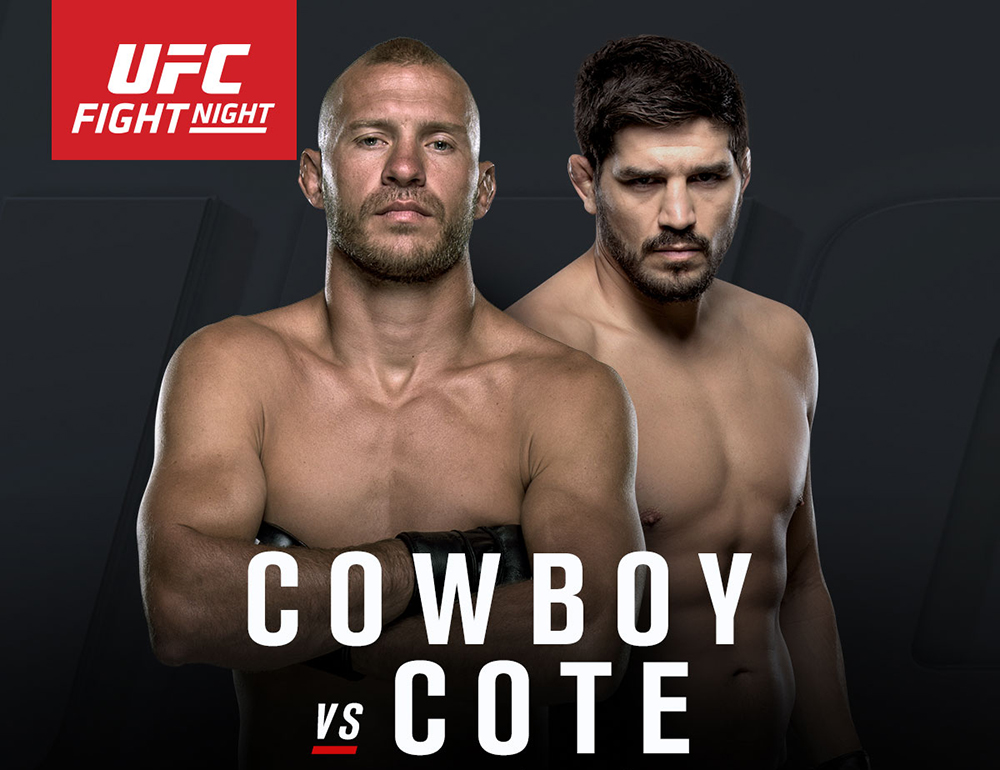 Speaking candidly, ‘The Predator’ revealed that his fascination with getting back into the championship fray did not help his cause in the past.

“I’m good now,” said Cote when asked about his feelings on his UFC 90 main event clash with Silva.

“That loss was in my head for a couple of years, but you can’t change the past. It took some time for me to really understand that. I’m focusing on what I’m able to control in the future. I gained a lot from that championship fight. Dealing with all of the mania, the media, and big show, I use that to become a better fighter every day.

“I’m not frustrating myself by constantly focusing on getting back to a title fight. I feel like because I’m in a new weight class now, it’s been like a new beginning for me.”

For Cote, it is no coincidence that after letting go of his obsession with fighting for a title again he has hit a purple patch in the Octagon.

“Maybe my recent success has come out of letting go of that quest for the title. I was getting very sidetracked by these tiny details about life and approaching fights. Now, I’m just going in there to have fun. I’m not thinking about anything else.

“I’m not looking too far ahead of myself. I’m just enjoying the moment. Since I’ve started to do that, things have gone pretty well.”

Knowing that a win over Cerrone would open up mainstream opponents for him at the top of the bracket, Cote couldn’t help but highlight his belief that a date between him and champion Robbie Lawler could make for a ‘Fight of the Year’ candidate.

“If I put Cerrone away inside two rounds I would love to work my way towards a fight with Robbie Lawler. I know he’s fighting Tyrone Woodley, but who wouldn’t like to see Robbie and I fight? That fight would be guaranteed fireworks,” he exclaimed.

“If people want an exciting fight where two guys exchange in the pocket, put me in the Octagon with Lawler. It would be ‘Fight of the Year’.”