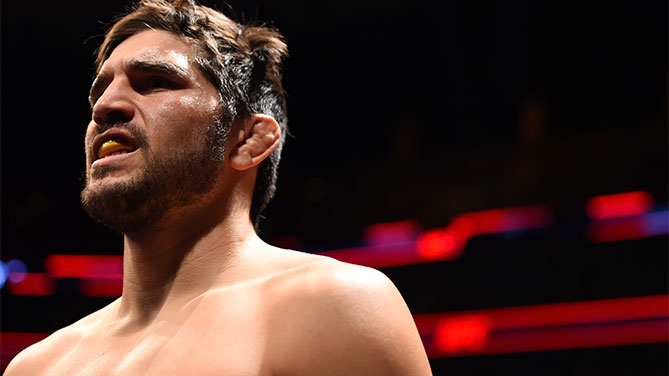 The resurgence of 35-year-old veteran Patrick Cote continued in UFC Fight Night preliminary action at TD Garden in Boston Sunday, as he halted Ben Saunders in two rounds, making it wins in 5 of 6 welterweight bouts for the Canadian.

After trading kicks for two minutes, Saunders got Cote to the mat and the two began to battle there, both fighters staying busy. With 90 seconds left, Cote nearly sunk in an armbar, and when that didn’t work, he was able to use it to get into the top position. Now it was Saunders’ turn to work from the bottom, but Cote held the edge with his strikes from the top.

Cote opened up with his fists in Round 2, and as he and Saunders clinched, “The Predator” blasted the Floridian with uppercut after uppercut. Under the assault, Saunders finally fell, and after a few hammerfists, referee Steve Rita halted the bout. The official time was 1:14.

With the win, Montreal’s Cote moves to 24-9; Saunders falls to 19-7-2 as he sees a three-fight winning streak snapped. 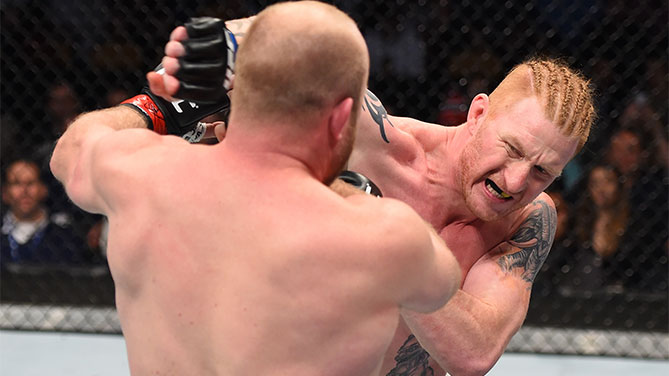 A return to the light heavyweight division was just what the doctor ordered for longtime middleweight standout Ed Herman, as he stopped Tim Boetsch in the second round.

The bout was Herman’s first since a January 2015 loss to Derek Brunson.

Herman was sharp with his striking as the bout began, but Boetsch’s right hand jarred “Short Fuse” and evened things up in a hurry. From there, Boetsch got the better of the exchanges, yet Herman was able to score with some hard knees at close range.

In the second, Herman began tagging Boetsch with more and more shots, both as counters and as close-range strikes, and suddenly, with less than 3:30 to go, a single right knee dropped “The Barbarian” to the mat. After a few follow-up punches, referee Kevin MacDonald had seen enough, stopping the bout 1:39 into the round. 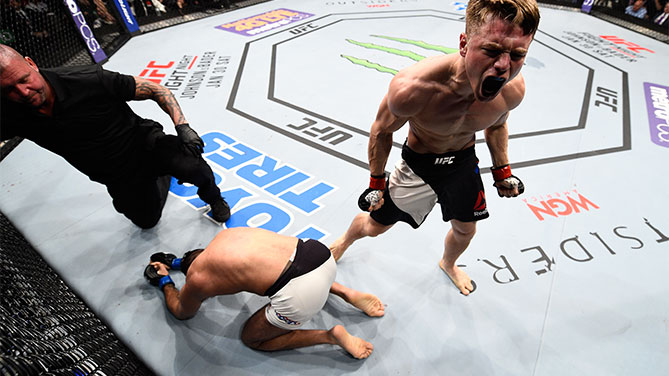 Long Island lightweight Chris Wade was on from the start against former TUF 22 competitor Mehdi Baghdad, submitting the late replacement foe in the first round to move to 4-0 in the Octagon.

Wade diluted Baghdad’s striking game almost immediately, scoring with a quick takedown. Baghdad’s defense was solid, but Wade was still able to get some shots in as he postured up. With under two minutes left, Baghdad almost escaped back to his feet, but Wade dragged him back to the mat and sunk in a rear naked choke. The fight was over seconds later, as Baghdad tapped out at the 4:30 mark.

With the win, Wade moves to 11-1; France’s Baghdad, who replaced Mairbbek Taisumov, falls to 11-3. 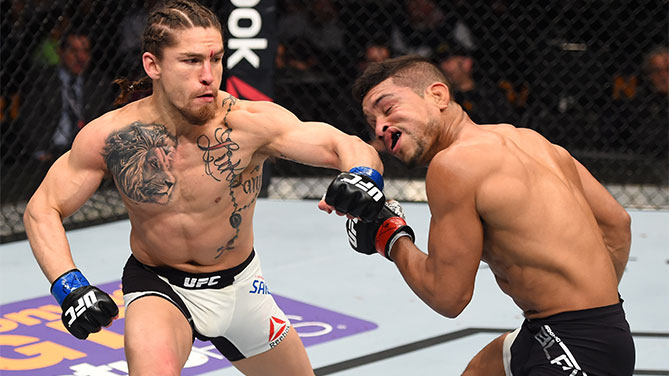 Coming in on short notice to replace Dennis Bermudez, unbeaten Luke Sanders made the most of his opportunity, submitting Maximo Blanco in the first round of their featherweight bout.

Blanco worked the body of Sanders well as the bout opened, but once the second minute got underway, the Tennessee native began getting his own shots in, getting the attention the Venezuelan, who was dropped briefly by a left hand. Yet as Blanco rose and Sanders moved in to follow up, Blanco scored with a takedown and immediately locked up an arm triangle. Sanders escaped though, scrambling back to his feet. With a little over 90 seconds remaining, another left put Blanco down, and this time, “Cool Hand” Luke finished matters, sinking in a rear naked choke that forced a tap out at 3:38 of the first round.

Sanders, who expects a move back to the bantamweight division in the future, moves to 11-0 with the win; Blanco falls to 12-7-1 with 1 NC.