Cote aims to pull a Bisping and earn title shot 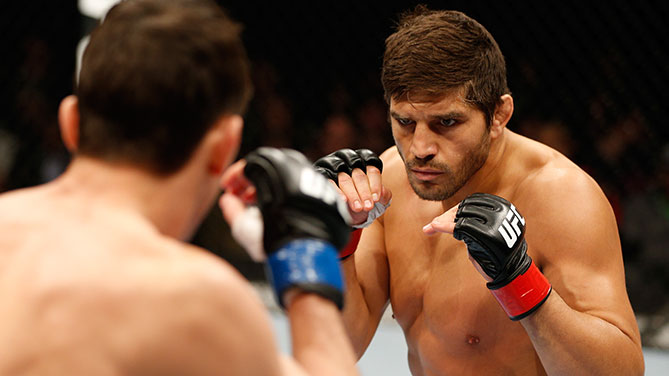 As Michael Bisping lifted the middleweight championship belt after knocking out Luke Rockhold at UFC 199, Patrick Cote sat at a TV at his home in Montreal, wide-eyed.

Bisping’s 10-year trek for the elusive crown meant something to Cote, who got his own shot at the middleweight title and legend Anderson Silva back at UFC 90.

But that was eight years ago. Almost like another lifetime for Cote, who now fights at 170 pounds and has compiled a record of 5-1 in his new division.

“I don’t do the sacrifice just to be No. 2,” Cote said at Thursday’s Fight Night Ottawa Open Workouts. “I do that because I want to be world champion. I still think I have the potential to have another title fight.”

At the midway point of 2016, the UFC is in a renaissance period of sorts. Champions Robbie Lawler, Michael Bisping and Dominick Cruz have returned to the top of the sport after suffering setbacks earlier in their careers.

Cote is one of the hottest fighters in the welterweight division and has the potential to finally crack the Top 15 with a win over Donald “Cowboy” Cerrone in Saturday night’s co-main event. Following three straight wins, Cote thinks taking out Cerrone will get him into the hunt for the title.

“I tried to call the entire Top 15 out for a year and a half but I didn’t get any answers,” Cote said. “So now I’m tired to do that. I’m going to pass Cerrone and I’m going to call (out) the champ right now.”

Cerrone is one of the most experienced fighters in the sport and is only two fights removed from a title bout of his own at 155 pounds. Cote knows Cowboy is a step up in competition.

“To be honest – I don’t want to (show a) lack of respect to my last two opponents but I wasn’t very motivated to fight them at the beginning,” Cote said. “The first day I found out I would fight Cerrone, I was very excited and I had an amazing training camp.”

Cote revealed an advantage he’s discovered when it comes to getting ready for a fight that allows him to maintain his focus and eliminate fear: preparation.

There isn’t a belt on the line for Cote in Ottawa this weekend but the dream of getting another crack at one remains, and it clearly motivates the Canadian star.