Costa Philippou: Straight and to the Point

"I never plan how I’m going to fight – I get in shape like every other
day, and I’m willing and ready to go anywhere the fight goes." - Costa Philippou 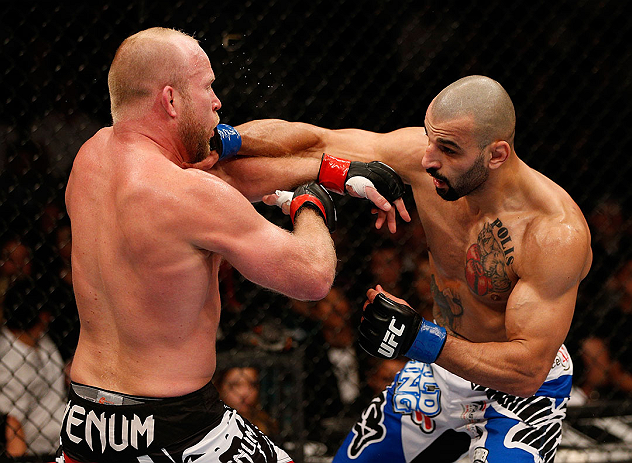 This year has been bittersweet for Costa Philippou.

After closing out 2012 by picking up his fifth consecutive victory, 2013 looked to be the year where the 33-year-old New Yorker (by way of Cyprus) worked his way into title contention in the middleweight division.

He looked to be getting that opportunity with his initial booking of the year, a co-main event contest opposite former Strikeforce champion Ronaldo “Jacare” Souza televised on FX in May, but it wasn’t meant to be. A deep laceration over his eye suffered in training forced him from the bout, extending his stay on the sidelines.

But it also gave Philippou a chance to make some changes in his personal and professional life, and allow the bumps and bruises that accumulate over the course of training sessions and time in the Octagon to heal.

“It was a good thing in that I needed some time away from the sport,” said Philippou in his typical matter-of-fact manner. “I had a lot of – I don’t know if I can call them injuries, but minor pains and aches that just needed time to heal. I’m 100 percent now. I’ve switched gyms, I’m in the process of moving – I’ve had a lot of things on my mind, so I wouldn’t be able to focus on the fight.

“I took advantage of the time away, I set everything in my life straight, and I’m ready to get back stronger and healthier.

“I was pretty disappointed I got injured and I couldn’t fight in Brazil,” he added. “That was the fight that could potentially take me all the way to being the #2 or #3 contender if I would have beaten Jacare. But it didn’t work, it wasn’t meant to be – that’s how I see things. I took advantage of that to change everything around my life, around my work, and I’m ready to go.”

While he throws it out there without flinching, the fact that Philippou switched gyms made waves in the MMA media. > Read: Fighting Through Failure Part II

After spending his entire career as a part of the Serra-Longo Fight Team, the earnest and uniquely charismatic middleweight contender announced he was moving his training to Bellmore Kickboxing Academy. At the time, Chris Weidman was still simply the up-and-coming prospect poised to face off with Anderson Silva in a middleweight title fight at UFC 162, but still, many saw Philippou’s decision to relocate as being a pre-emptive decision tied to Weidman’s place in the division.

That wasn’t the case, according to Philippou.

“Things got routine – the same things over and over, and I just felt like making a change. It was nothing to do with the coaches. Ray Longo and Matt Serra treated me pretty good, taught me a lot of things, and I was doing pretty good with them. I just needed a change. I changed a few things in my life, so I changed the gym too.

“I came to Bellmore Kickboxing now with Keith Trimble,” explained the 12-2, 1 NC contender who had professional boxing aspirations before transitioning to MMA. “I was working out with him the past couple years. Also, my sparring partners – Gian Villante and Ryan LaFlare – work from that gym anyway, so we used to go back-and-forth and spar over there, so I just made the move. I’m getting a house and going to move to Long Island, which will be closer to the gym. I’m changing the whole environment.

“It had nothing to do with Chris Weidman. He did a great job, and I’m happy for him, his family, 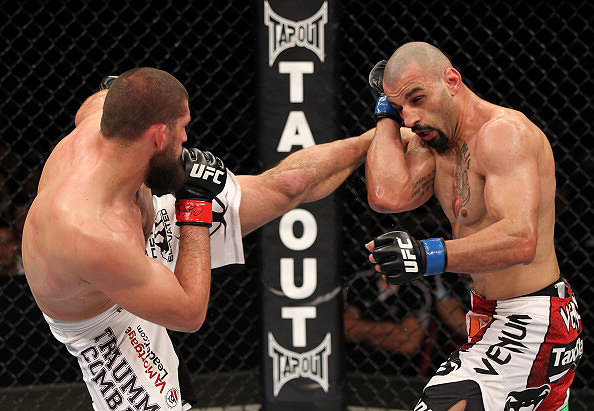 his kids. It had nothing to do with my decision. I left the gym before he had the title.”

In many cases, an assertion like that would read hollow – a calculated answer offered to deflect the tough question, the truth residing somewhere in the obvious, unspoken answer.

But Philippou isn’t one to sugarcoat things or avoid speaking his mind, and asking him about his place in the middleweight pecking order or what the future looks like should he emerge from UFC 165 with his sixth consecutive victory illustrates that point.

“I have to fight Francis Carmont, and even if I beat Francis, I will probably have another big fight, and if I win that too…”

A laugh interrupts his thought.

“That’s a lot of ifs – if I win and if I move on, then we talk about a potential title shot, but that’s way in the future. It might come to that, but it might never come to that, so I don’t even think about that. I’m hunting for the guy right now.”

Carmont is “the guy right now,” and like Philippou, the French middleweight now based out of the Tristar Gym in Montreal has earned five straight wins inside the Octagon. But while Philippou has been working his way up the rankings slow and steady, earning convincing victories over the likes of Court McGee and Tim Boetsch, Carmont has had consecutive close calls, earning a disputed unanimous decision over Lorenz Larkin on the heels of a split decision win over veteran Tom Lawlor.

That has led some to debate where the man known as “Limitless” stands within the division, and question whether he’s a contender in the 185-pound ranks.

“Listen – he’s not a contender according to whom? According to the rankings?” Philippou asked rhetorically when it was suggested that the man he’ll share the cage with this weekend in Toronto is not yet in the mix in the middleweight division.

“The rankings change every week. I don’t care about the rankings. The guy is coming off five straight wins – he’s a contender, I don’t care what number they have him ranked. He’s a hard opponent, and that will show. 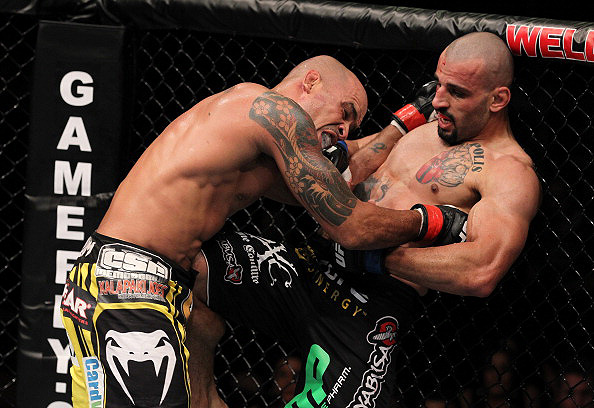 “Francis prefers to strike and he has a lot of fights,” he continued in his assessment of his opponent. “He has five wins in a row in the UFC. I think he didn’t lose a fight for five, six years – something like that. He is a great fighter. He’s big and tall – he’s 6’3’ and I’m only 5’11”. Good striker, good kicker, coming out of the Tristar Gym, the best gym in Canada, so you can’t take the guy lightly. It’s not a coincidence where he’s at now. I have to take this guy seriously, so I don’t think past Francis and this tough fight.”

The assessment is classic Philippou – a frank, honest analysis that isn’t colored by anyone’s opinions. It’s the same way he addressed his move, and the same way he looks ahead to how this fight will play out at UFC 165.

“I’m hoping for the chance to strike – put on a good show for the fans, and I’m hoping that I’m going to end up on top and get the win,” he began. “What’s really going to happen? We’re going to find out.

“Everybody has a game plan until they get punched in the face.

“I never plan how I’m going to fight – I get in shape like every other day, and I’m willing and ready to go anywhere the fight goes. I’d rather fight on my feet – it’s more exciting and more comfortable for me – but if it doesn’t work like that, I’d be more than happy to submit him or take him down and ground and pound him, I don’t mind.”