Cortney Casey Is Focused On Fighting Her Fight

Feeling Like Her Back Is Against The Wall, Cortney Casey Wants To Put It All Together At UFC Fight Night: Holloway vs Rodriguez
By E. Spencer Kyte, on Twitter @spencerkyte • Nov. 8, 2021

The act of fighting is stressful enough, but for Cortney Casey, just about every trip into the Octagon comes with an additional stressor when the final horn sounds and she waits to hear the judges’ decision read aloud.

“It’s not a good thing to kind of expect, but it’s one of those things where if it doesn’t get finished, I don’t know how it’s gonna go,” began the 34-year-old flyweight, who squares off with Liana Jojua on Saturday night in Las Vegas. “I know that I’m most likely not going to get the nod if it goes to a decision — but then you’ve got coaches, and media outlets, and fans, and everyone just going, ‘How is this possible?’”

Casey has a 9-9 record as a professional, with eight of those setbacks coming since making her UFC debut in Glasgow, Scotland opposite Joanne Calderwood in a Fight of the Night-winning battle in the summer of 2015. All but one of her losses have come on the scorecards, including three split decision verdicts, and in many of those instances, Casey, her team, fans, and media have come away wondering how she didn’t get the nod.

Even one fight going the other way makes her 10-8 overall, which certainly has a different look and makes a different impression than carrying a .500 record into battle, but we’re not talking about just a single, solitary fight. 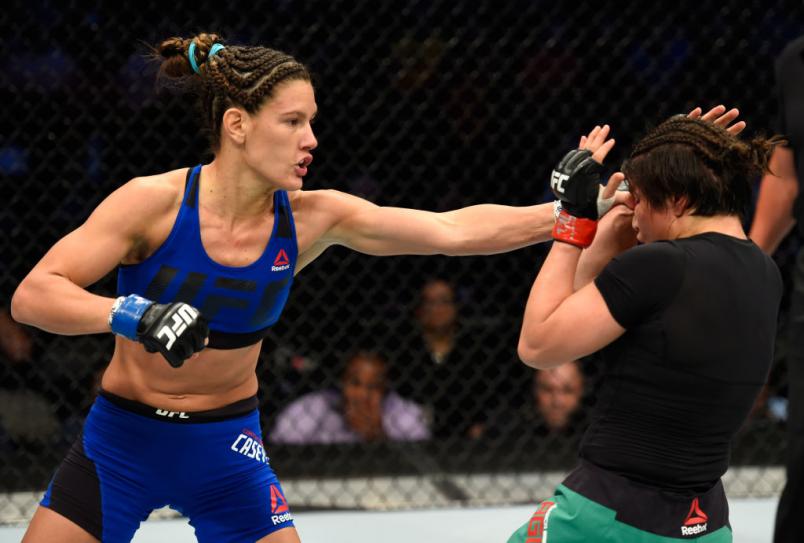 DALLAS, TX - MAY 13: (L-R) Cortney Casey punches Jessica Aguilar in their women's strawweight fight during the UFC 211 event at the American Airlines Center on May 13, 2017 in Dallas, Texas. (Photo by Josh Hedges/Zuffa LLC/Zuffa LLC via Getty Images)

One could make a case that Casey’s last three split decision losses could have very easily gone the other way, which would transform the Arizona native’s record from 9-9 to 12-6 —from a .500 winning percentage to a .666 win rate — and would provide her with a little more breathing room as she readies to step in with Jojua this weekend.

Instead, each of those decisions went against her, leaving her searching for answers that aren’t as easy as some would like to suggest.

“I don’t know what else I can do other than to try to finish it in those three rounds,” Casey said, stating the obvious. “And it’s easy to say, ‘Don’t let it go to the judges,’ but at the same time, there is another trained fighter that isn’t just trained to win fights — they’re also trained to survive.

“There are reasons why you get bonuses for finishes — because it’s hard to finish someone that is trying to finish you,” she added, the frustration evident in her voice. “So you have to just fight your fight, and it’s one of those things.

“It doesn’t get easy, but it’s now becoming the norm for me.”

The fact that Casey continues to make the walk to the Octagon on a consistent basis despite limited results underscores that the UFC recognizes that the former collegiate soccer player and MMA Lab representative is a perennial tough out that has shared the cage with a host of talented fighters across two divisions, but at some point, Casey knows it comes down to results. 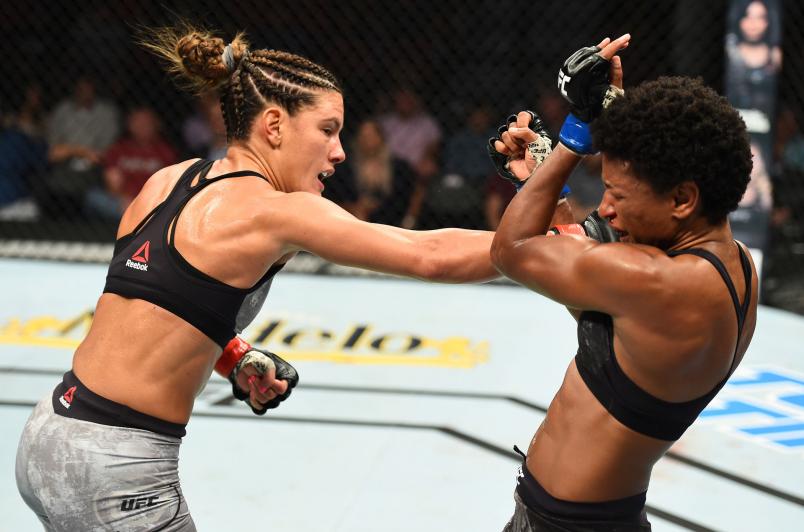 Tough fights and narrow defeats against talented opponents are still losses, and as they mount, questions about your future start to creep into your mind when all you want to do is commit everything you’ve got to preparing for the next opponent and getting a victory.

“After every fight, it’s like, ‘Man, am I gonna have a job after this?’ and it’s stressful,” admitted Casey, who enters on a two-fight losing streak after dropping a debated split decision to JJ Aldrich in March. “It’s very stressful to know you’re fighting the top girls and you still have to worry about whether you’re going to have a job.

“That’s who I am as a fighter! I don’t want to have these easy fights where I’m winning and not bettering myself. I get that it’s a business and it’s hard to promote someone who is 9-9, but would you rather have a 9-9 fighter that is not getting finished, who is putting on great shows, or have these other girls that are down at the bottom of the rankings that I would probably destroy, but it doesn’t make sense for me to fight them?”

She takes a beat and lets out a deep exhale, the conversation and the situation clear, understandably dredging up stressful realities.

“It’s hard; it really is,” she added. “I try not to think about it and I try to just go out there and do my job, but at the end of the day, it’s there in the back of your mind. It’s a stressful game we play.” 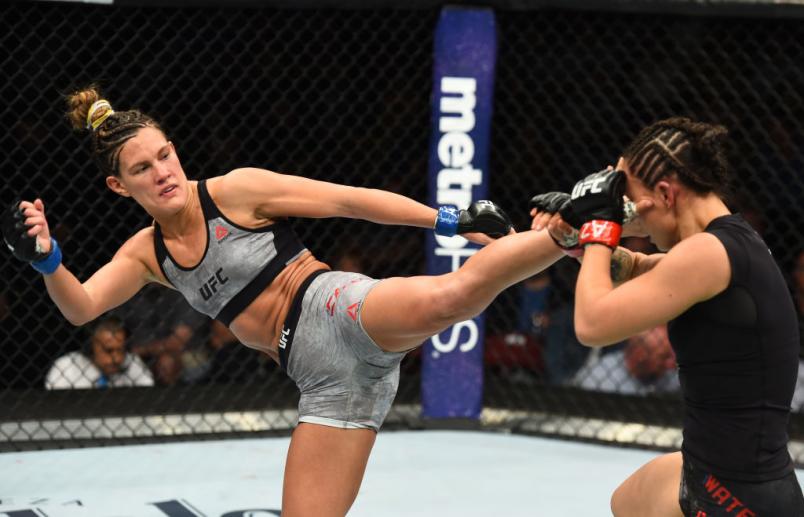 For now, Casey is trying to focus on Jojua, whom she was supposed to face in August before the fight was delayed.

Unsure whether the pairing would remain intact and when she would get re-booked, Casey opted to take a couple weeks off before getting back into the gym and returning to a training camp. While the opponent stayed the same, Jojua’s situation changed, as the Georgian prospect relocated to Las Vegas in the time since their fight cancellation, setting up shop at Syndicate MMA.

“The only good thing is we kept the same opponent, so nothing changed; we just worked on the game plan even more,” Casey said of the two-month delay. “I’m more than ready for the fight, but at the same time, now she’s changed camp and is at Syndicate, so that’s a whole new game plan.

“I’ve trained with John Wood and those girls over there — that’s a whole different look — so I know she’s probably more prepared for this fight than she was the last time.

“I’m really just excited to see where it goes,” continued Casey, champing at the bit to finally return to the Octagon and get the sour taste of her last setback out of her mouth. “Every time you think you have an idea of how these girls are going to fight me, it’s completely different, so we trained for every scenario possible.”

And she hopes that one of those scenarios present her with an opportunity to deliver a dominant performance, leaving no doubt as to who won the fight, and giving her a chance to continue competing on the biggest stage in the sport.