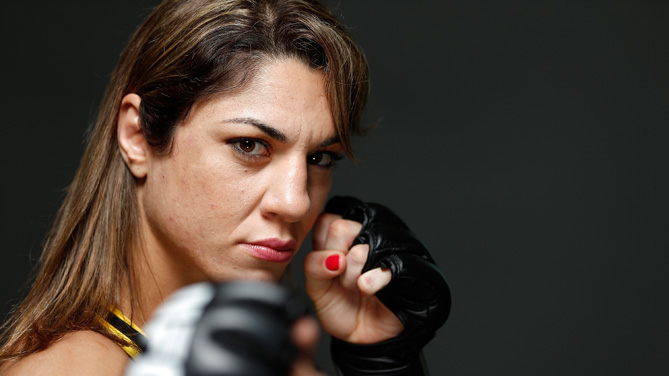 With a calm voice but a supremely confident air, Bethe Correia said Monday she and her coaches have studied weaknesses in Ronda Rousey’s game, and she now knows exactly how to realize her dream to be a UFC champion.

"Saturday she will see a fighter who is 10 times more evolved in the game than Ronda,” Correia said in her native Portuguese, during a conference call with international media in advance of Saturday’s UFC 190 women’s bantamweight championship.

“Ronda is flawed. She always looks to the same strategy; she goes for the takedown. I would love for the champion to fulfill her promise and then strike with me in this fight," said the Brazilian (9-0-0), who is hoping for a standup fight. "I believe I can knock her out as soon as possible, perhaps in the first round."

Correia began the interview very calmly, but it wasn’t long before her emotions caused her to raise her voice as she continued to openly challenge and provoke her rival. 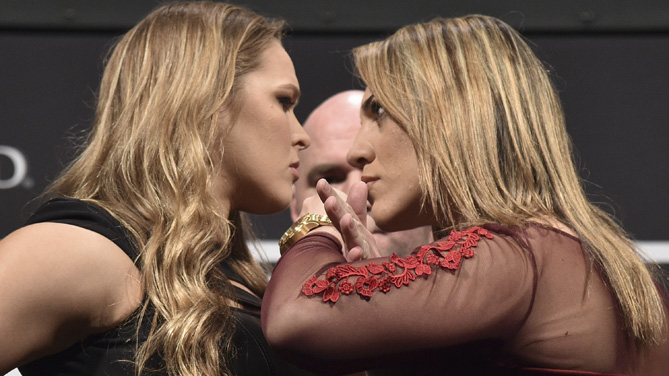 She said winning the belt will be the realization of a dream, and she’ll be even happier to destroy the positive image that Rousey (11-0) has built.

"She has 11 wins, but has never punched to hurt anyone,” Correia said. “I saw loopholes in her fighting game and also in the psychological approach. I really believe I can beat her.

“I really don’t regret anything that I said, and I’ll prove that I can beat her.” 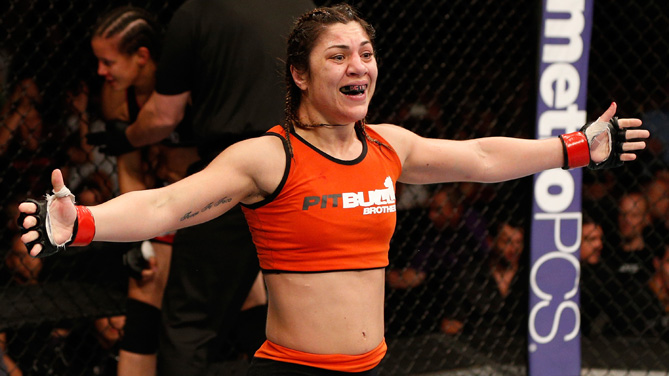 It may seem premature, but Correia says she’ll grant Rousey an immediate rematch once she captures the belt on Saturday.

"I can face her two, three, 10 times,” Correia said confidently. “I'm on track to retire undefeated and make history. I do not want to just go through the UFC as just another fighter."