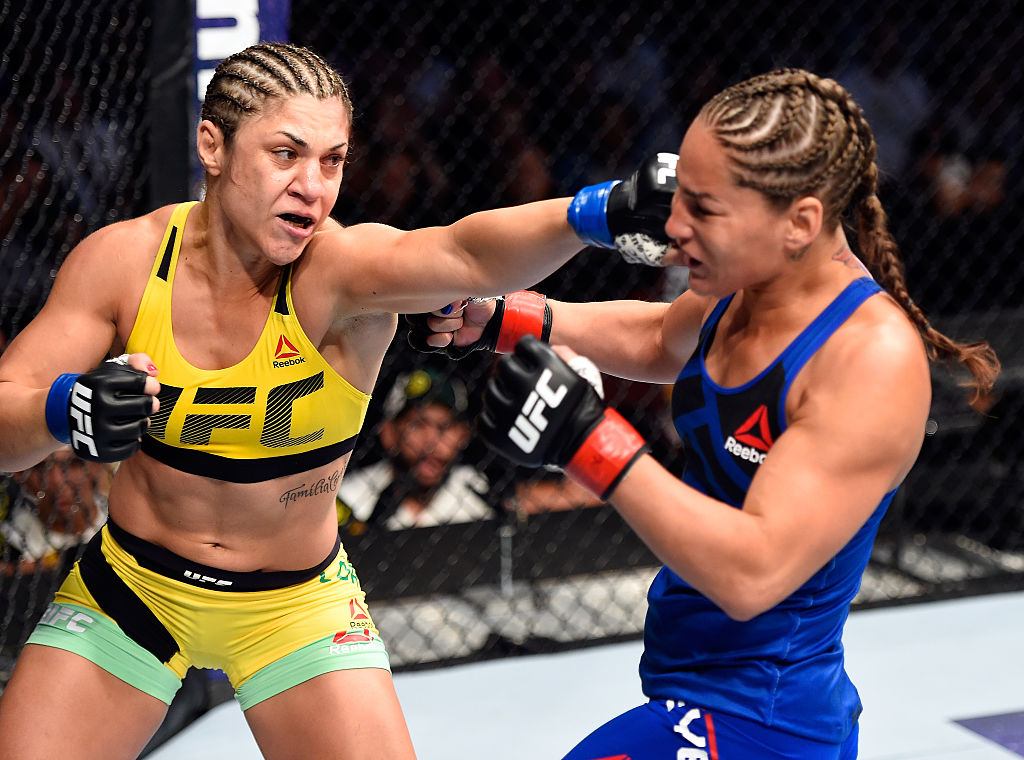 The crowd at Quicken Loans Arena in Cleveland didn’t like it, but it didn’t change the split decision verdict taken by Bethe Correia over hometown favorite Jessica Eye in their UFC 203 bantamweight bout on Saturday night.

Eye fought a patient and effective first round, keeping Correia from charging in thanks to a stiff right hand that found its mark more often than not.

Correia had a better second round, but Eye still appeared to be a step ahead, especially in the close range exchanges. Regardless of who was winning, both went back to their corners showing the wear of the fight on their face.

The third was another close one, with neither fighter able to pull ahead convincingly, but Correia apparently did enough on two of the three scorecards to take the nod by scores of 29-28 twice and 28-29, handing Eye her fourth straight defeat. 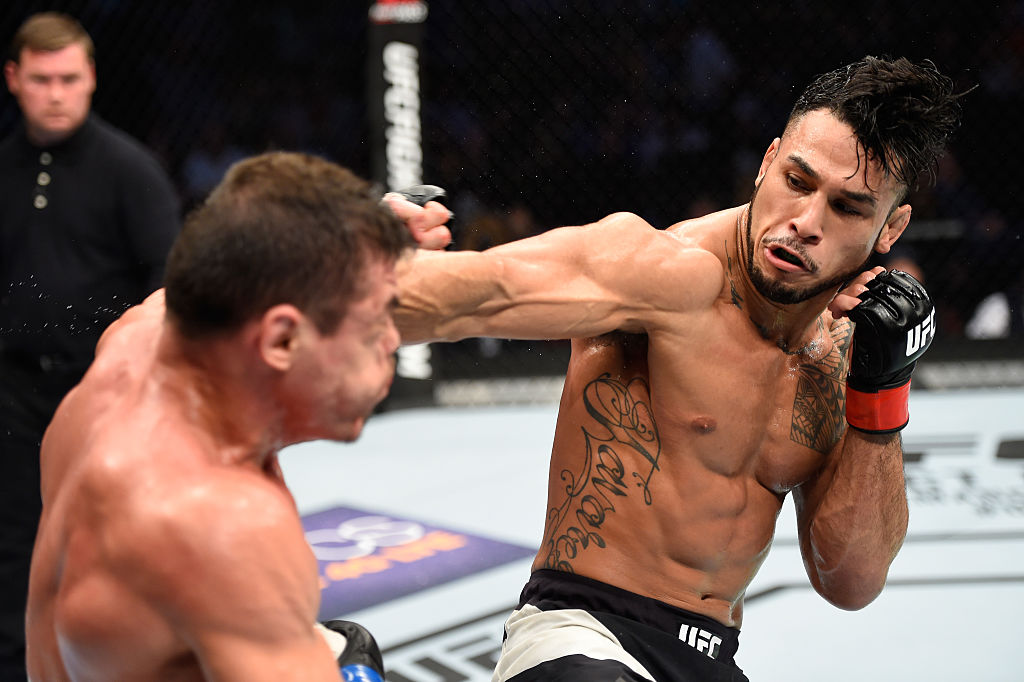 Brad Tavares was victorious in his first fight back after a 16-month layoff, as he took a three-round split decision over Caio Magalhaes in a middleweight bout.

Tavares worked well at range in the opening round, and he was defensively sound as well, as he kept Magalhaes from dumping him on the mat. Those attempts from the Brazilian didn’t lead to the most compelling action, and the crowd got restless in response.

The war of attrition continued in round two, with Magalhaes swinging for the fences and trying to get the takedown, but Tavares defended well, even if he didn’t offer much in terms of steady offensive output.

Magalhaes nearly caught Tavares in a guillotine choke in the third round, but Tavares got loose and back to his feet, and he began tagging “Hellboy” with hard shots on a more consistent basis, allowing him to finish strong and take the decision. 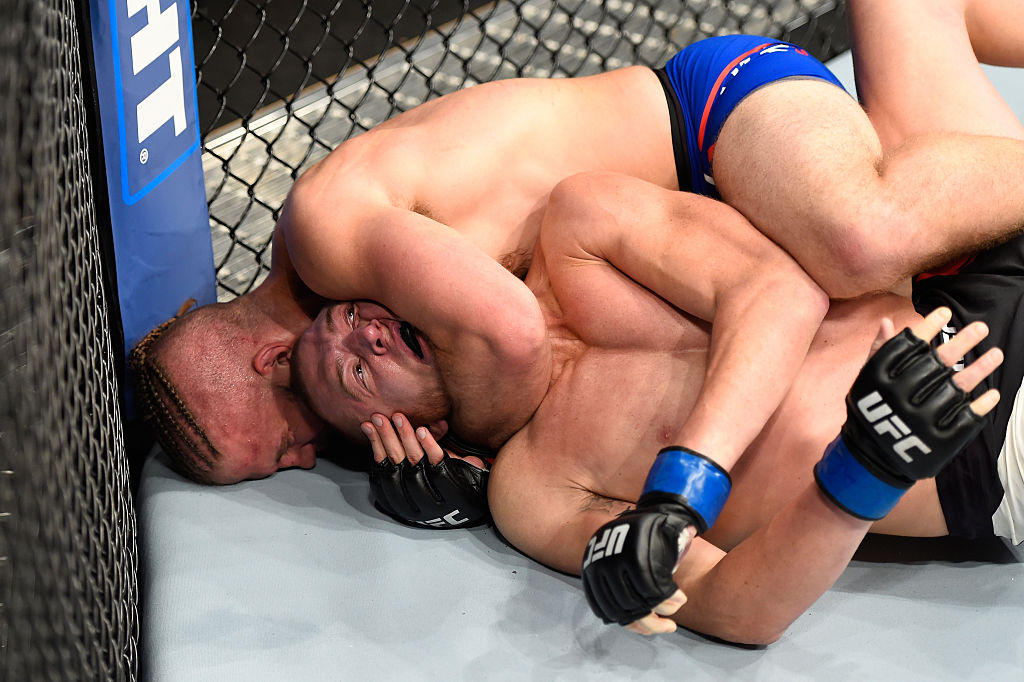 Nik Lentz dominated from start to finish in his lightweight bout against Michael McBride, stopping the late replacement in the second round.

Lentz (29-7-2 with 1 NC) was giving up plenty of height to his opponent, but looping overhand rights led to a series of takedowns. Iowa’s McBride (8-2), who replaced Mairbek Taisumov, kept fighting his way out of danger, but he was mostly forced to play defense. And while Lentz didn’t get the finish, his ground-and-pound attack allowed him to lock up a one-sided frame.

Continuing to push the pace, Lentz almost ran into some trouble when he slipped to the mat in the opening minute of round two, but he quickly recovered and once again went to work on the mat. And after patiently pecking away at his foe, Lentz flattened McBride out and fired away with both hands, bringing in referee Gary Copeland to halt the bout at 4:17 of the second frame. 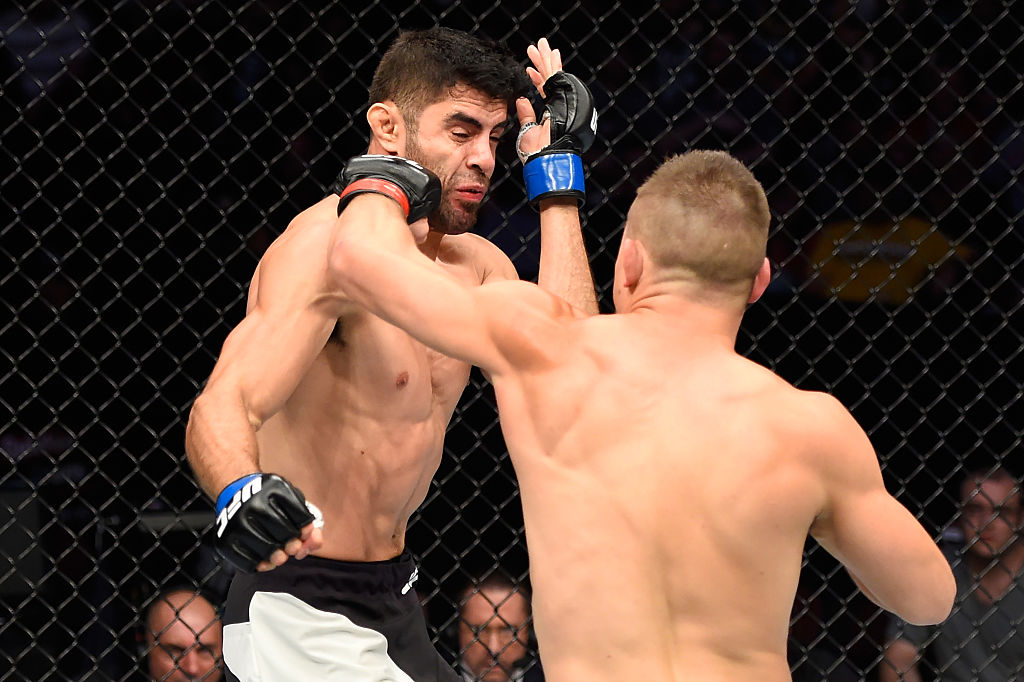 Dober came out aggressively, landing some good shots as he looked to eliminate Gonzalez’ four-inch reach advantage. There was a brief break as Gonzalez recovered from a low kick, but when the action resumed, Dober kept firing, and after jarring Gonzalez with a right hook, he finished matters with a follow-up barrage, bringing in referee Jerry Poe to stop the fight at 1:45 of the opening stanza.