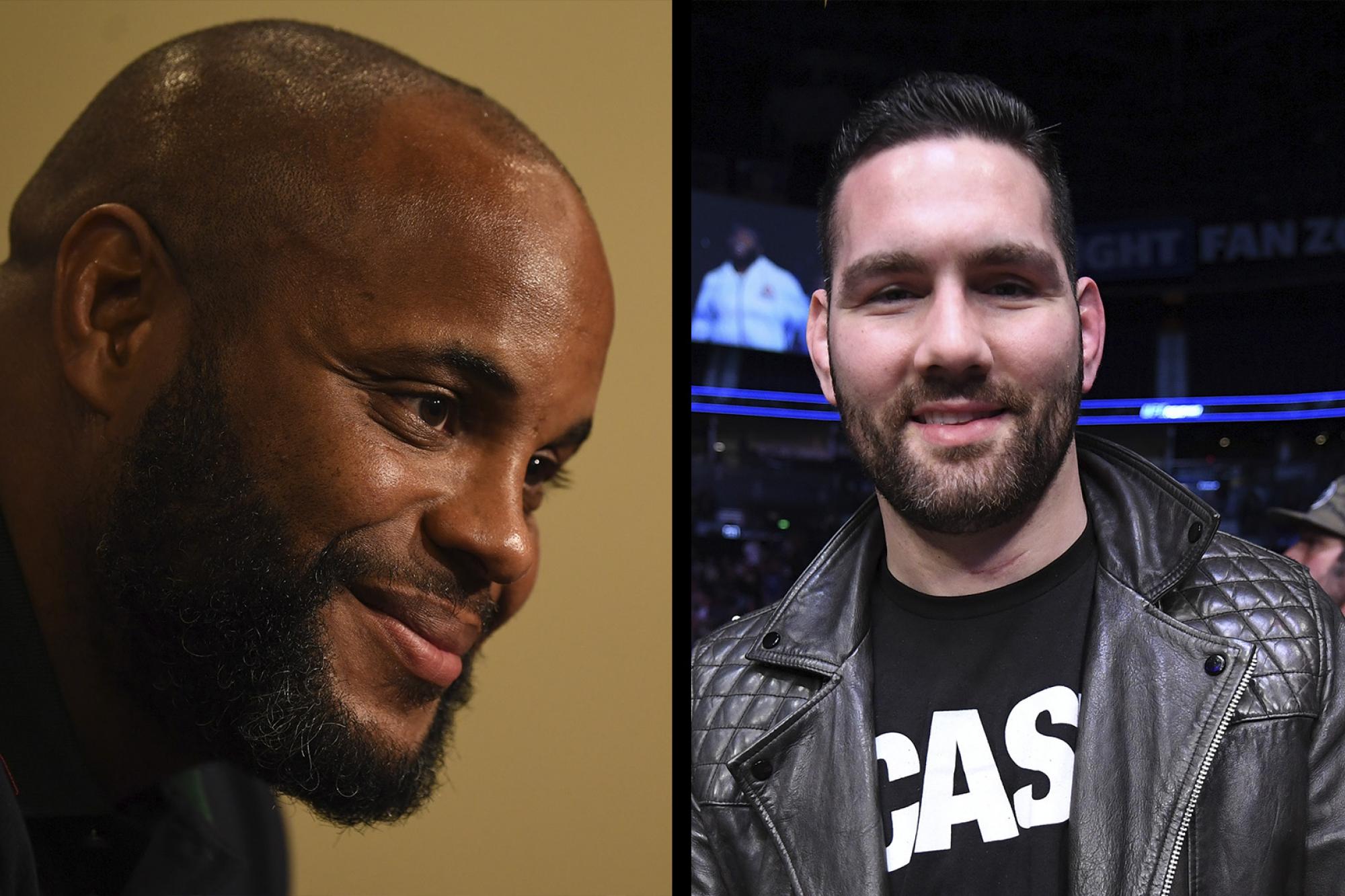 On April 20, ESPN’s Madden NFL 20 Celebrity Tournament kicked off, with UFC stars Daniel Cormier and Chris Weidman among the ranks of the competitors.

Here’s the list of celebrities that played in the tournament:

Both Cormier and Weidman have been known to hit the sticks and play Madden, with Weidman previously participating in multiple official Madden tournaments. At UFC 230 Weidman and Cormier started smack-talking with one another over who the best Madden player in the UFC was.

Unfortunately, Cormier and Weidman weren’t able to settle the score in this week as the two former UFC champions found themselves on opposites sides of the tournament bracket.

Cormier, a Louisiana native, supported his home state and played as the New Orleans Saints in the tournament. Weidman choose to go with the Super Bowl champion Kansas City Chiefs and their high-powered offense.

In the first round, Cormier battled back from a slow start to take care of business against Denver Broncos quarterback Drew Lock by a score of 20-13. But then he ran into a buzz saw in rapper Snoop Dogg, dropping the game 27 to 13.

Weidman was scheduled to face Devonta Freeman in the first round but due to technical difficulties Freeman was forced out of the match-up. Weidman didn’t have much better luck in the next round, as DeAndre Hopkins wasn’t able to make his quarter final game with Weidman.

That set Weidman up for a battle with Marquise “Hollywood” Brown. The two went back and forth, with Brown utilizing 2019 MVP Lamar Jackson so put up touchdown after touchdown. Weidman stayed close but, in the end, it wasn’t enough to put him into the championship.

Weidman mentioned that he challenged Brown to a rematch after the tournament’s conclusion and he was able to revenge his loss. He also said it is now on Brown to challenge him to a best two-out-of-three in their budding Madden rivalry.

After the tournament, Weidman’s biggest regret is that he wasn’t able to finally settle the score with Cormier.

“Cormier just sucks, and he couldn’t play me in the tournament. At UFC 230 I threw like $5,000 on the table and Cormier got scared. Besides, Cormier lost to Gian Villante and Villante sucks which means that Cormier is a non-factor.”

“I am more than willing to give him a game outside the tournament,” Cormier said. “DC_MMA on the Playstation network is all Chris Weidman needs to do if he wants to get his butt kicked.”

Trash talk is one of Weidman’s specialties, just take a look at what he had to say to Brown.

Regardless of the outcome Weidman and Cormier were thrilled to take part in the tournament and look forward to participating in any future tournaments put on by ESPN.

For all the highlights of both Cormier and Weidman’s games, check out ESPN’s YouTube chanel here.

“I’m so grateful that they did this because there’s no live sports on TV and you get to see them compete in something and trash talk,” Weidman said. “It’s an awesome experience and it’s entertainment. I hope they keep going and invite me to do it again.”

“I believe that when you’re dealing with something like this quarantine it gives people something to watch,” Cormier said. “People love sports, whether it’s E-Gaming or watching people play video games on YouTube, seeing your favorite athletes or TV personality play against each other is compelling. We are drawn to watching competition as a race of people.”

Hollywood Brown donated his prize money to Feeding America, which supports the U.S. network of food banks. Those food banks are currently experiencing a 25% increase in demand. To learn more and donate, please visit www.feedingamerica.org