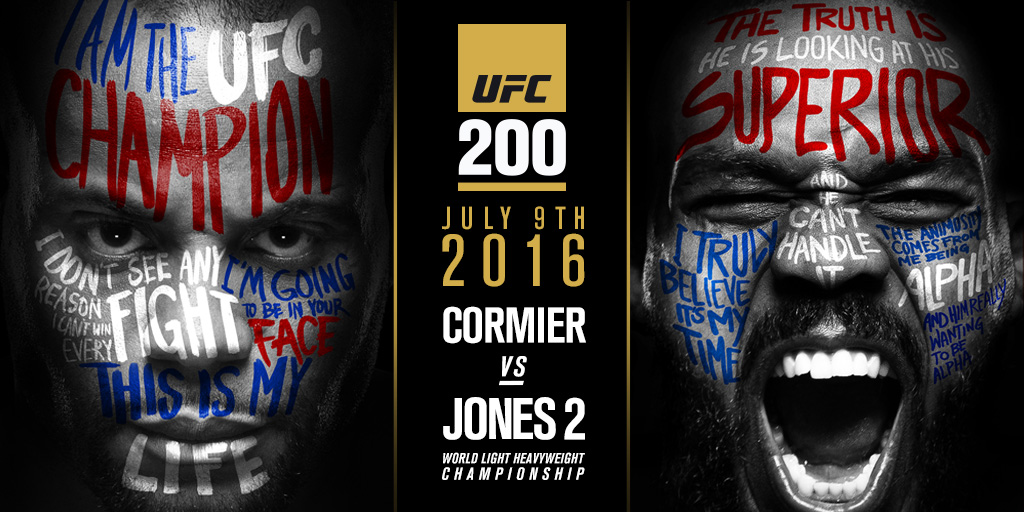 The UFC's first takeover of Good Morning America wasn't the promotion's only breaking news on Wednesday, as it was announced that the main event of UFC 200 on July 9 in Las Vegas will be the light heavyweight championship rematch between Daniel Cormier and Jon Jones.

Cormier-Jones is a rivalry that has been boiling since 2014, and one that shows no signs of cooling down. In January of 2015, the elite 205-pounders fought for the first time, with Jones winning a unanimous decision in their UFC 182 Fight of the Night.

Legal issues subsequently took Jones' title, and Cormier, a former member of the United States Olympic freestyle wrestling team, won the vacant belt with a win over Anthony Johnson last May and successfully defended it with a Fight of the Night victory over Alexander Gustafsson.

Scheduled to face Jones in a highly-anticipated UFC 197 rematch last weekend, Cormier was forced to withdraw from the bout due to injury. Stepping in to face Jones was Ovince Saint Preux, who "Bones" defeated to take the interim light heavyweight title.

On July 9, on the sport’s biggest stage, Cormier and Jones will meet to determine the undisputed light heavyweight champion.