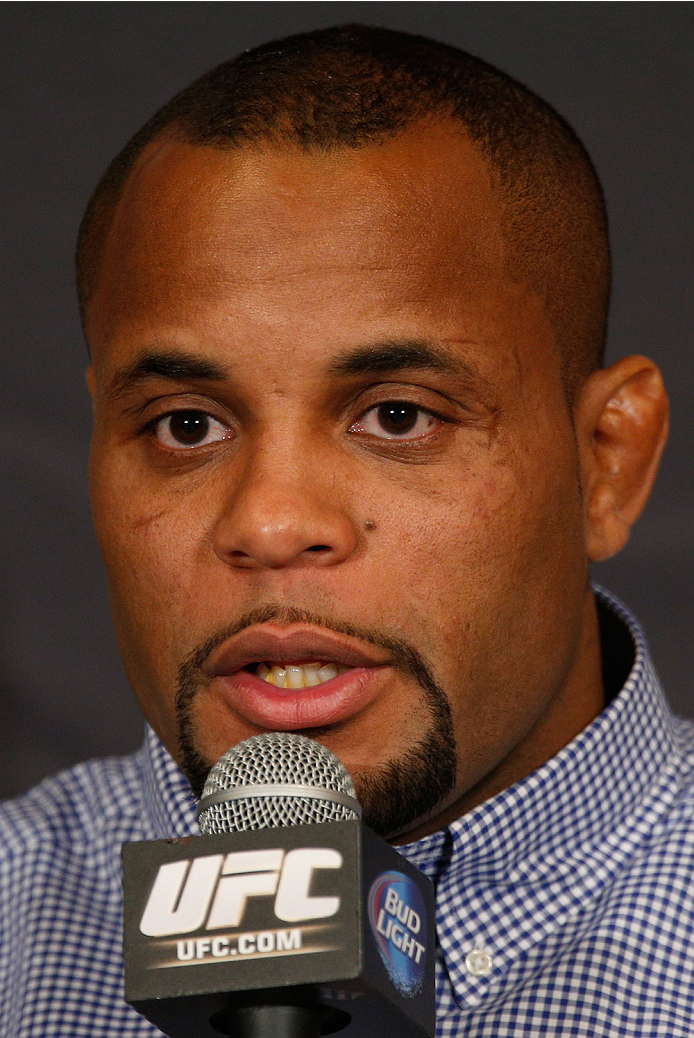 Daniel Cormier, a two-time Olympian in men’s freestyle wrestling and an undefeated star with the Ultimate Fighting Championship, will serve as the Honorary Captain of the 2014 U.S. Freestyle World Cup Team.

Under the guidance of Team Leader Andy Barth, Cormier will captain the U.S. team at the Freestyle Wrestling World Cup, at the Forum, presented by Chase, March 15-16 in Inglewood, Calif.  The World Cup is the annual international dual meet championships, and will feature the top 10 men’s freestyle wrestling teams in the world.

“It will be great to be part of the World Cup team. As an athlete, I wrestled on a few World Cup teams. To be welcomed by USA Wrestling, the coaches and the team means a lot to me,” said Cormier.

National Freestyle Coach Zeke Jones is pleased that Cormier will be in Los Angeles as part of the team.

“In team sports, a captain is a title that is given to an athlete on the team.  A captain on the United States Wrestling Team is a person that represents honor and respect and Daniel epitomizes that.  We know he’ll be there to help and support his USA Wrestling teammates, especially in the heat of the battle. We know Daniel will take the responsibility of helping the team when they step out on the mat and have them ready,” said Jones.

Cormier had a successful career in international freestyle wrestling. He was a member of the 2004 U.S. Olympic Team, which competed in Athens, Greece, as well as the 2008 U.S. Olympic Team, which competed in Beijing, China. Cormier placed fourth at the 2004 Olympic Games. He was a 2007 World bronze medalist and placed fifth in the 2003 World Championships. He wrestled on six straight U.S. World or Olympic Teams, and won six straight U.S. Open national titles.

A native of Lafayette, La., Cormier was a two-time NJCAA Junior College national champion for Colby CC in Kansas. He went on to Oklahoma State, where he placed second in the 2001 NCAA Div. I Championships, competing for two-time Olympic champion John Smith.

Cormier won a silver medal at the 2005 World Cup which was held in Tashkent, Uzbekistan.

“I remember the World Cup as being a high-level event, where you wrestled back-to-back against top opponents. The dual meet format was fun. It was great to be part of a team, and to be able to help your team win,” said Cormier.

The United States last won a World Cup team title when it was held in Boise, Idaho in 2003. Cormier believes that a U.S. team victory in Los Angeles would show that U.S. freestyle wrestling is moving up at the World level.

“A win would show a progression for USA Wrestling. We had two Olympic champions and a bronze medal at the last Olympic Games. It shows that as a country, U.S. wrestling is going in the right direction. A win in the World Cup would show that we are advancing. I believe we are getting on track as a program and are closing the gap on the best in the world,” said Cormier.

Cormier will have an opportunity to speak with the U.S. team members, many who may be wrestling in their first World Cup.

“I will tell them to enjoy it. Your career just goes so fast. I can think back to every one of my major events as a wrestler. I will say to live in the moment and compete how you know how to compete. Just go out there, represent this great country and do us proud,” said Cormier.

Cormier has excelled in his Mixed Martial Arts career, compiling an impressive 14-0 record while competing at heavyweight and light heavyweight. Most recently, Cormier cemented his place as a light heavyweight title contender with a first-round knockout victory over Patrick Cummins in the co-main event of UFC 170. The 34-year-old trains at American Kickboxing Academy in San Jose alongside fellow UFC standouts such as UFC heavyweight champion Cain Velasquez and former Strikeforce champion Luke Rockhold.

“I got everything from wrestling. I learned how to train hard, and I was hardened to the toughness of competition. I learned how to compete on the big stage by wrestling in two Olympic Games. In my fighting career, I have no worries. Wrestling has prepared me for everything,” said Cormier.

“The biggest thing for me is to be a part of USA Wrestling and our team again. It means a ton to me. It motivates me that I am welcomed back to the sport which molded me,” said Cormier.