Cormier-Johnson 2 set for UFC 206 in Toronto

Since his first fight with Daniel Cormier in May of 2015, Anthony “Rumble” Johnson has gone on a tear, scoring three consecutive knockouts over Jimi Manuwa, Ryan Bader and Glover Teixeira. On Saturday, December 10, Johnson will get a second shot at the current UFC light heavyweight champion, as they meet in a UFC 206 bout at Air Canada Centre in Toronto, Ontario.

Cormier made the announcement on Wednesday’s edition of UFC Tonight on FS1.

Tickets for UFC 206 go on sale on October 20 at 10 am ET. For more information on tickets and to register for the opportunity to buy tickets before the general public, visit www.UFC.com/Toronto

In their first bout at UFC 187 in Las Vegas, Cormier survived an early knockdown to submit Johnson via rear naked choke in the second round. After that bout, which earned Cormier the vacant UFC light heavyweight crown, he won an instant classic over Alexander Gustafsson and decisioned Brazilian icon Anderson Silva. Now the two-time U.S. Olympian will throw hands once more with Georgia’s “Rumble,” who is fresh from a 13-second victory over Teixeira in August, and eager to even the score with Cormier and take the 205-pound title. 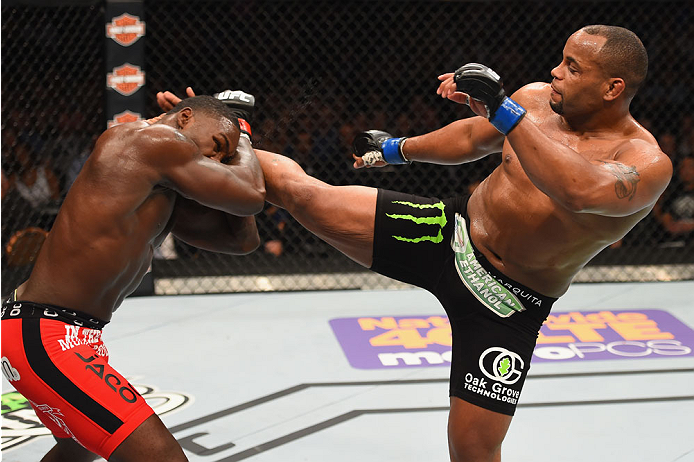 Five other UFC 206 bouts were made official on Wednesday.

Flyweight contenders will clash in Toronto, as the No. 7-ranked Zach Makovsky squares off with the No. 10-ranked John Moraga, both intent on stopping recent losing skids.

After a stirring UFC debut in July that saw him face Tony Ferguson on short notice and pick up Fight of the Night honors, lightweight prospect Lando Vannata will make the walk a second time, this time with a full training camp, when he meets seasoned Canadian striker John “The Bull” Makdessi.

Plus, “The Quebec Kid,” Olivier Aubin-Mercier returns in a lightweight matchup against Drew Dober, and also at 155 pounds, Rustam “Tiger” Khabilov puts his three-fight winning streak on the line against the two-fight victory streak of Toronto native Jason Saggo.