Cormier: 'He's only making it worse' 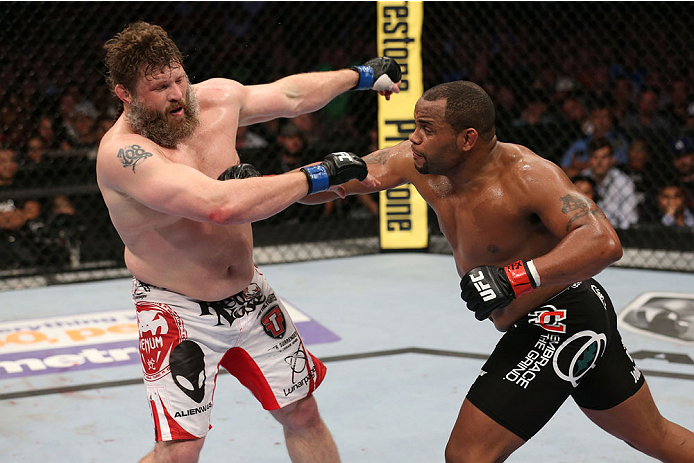 After emerging as one of the top heavyweight contenders in the sport, the unbeaten two-time Olympian was decamping from the biggest division in the sport to take on the challenge of fighting in the UFC’s light heavyweight ranks.

The requirement that Cormier reach 205 pounds carried intrigue, as his second Olympic run ended abruptly without the Oklahoma State product taking the mat when his weight cut went sideways and his kidneys became compromised. Upping the ante was the fact that his freshman appearance in his new weight class would come against Rashad Evans, a former divisional champion and good friend with a comparable skill set and numerous rounds of experience against the best the weight class had to offer inside the Octagon.

As far as co-main events go, it was shaping up to be a monster.

Less than two weeks out, Cormier’s debut in his new division appeared like it was going to be put on hold. Evans suffered a knee injury and could no longer compete at UFC 170, and given the magnitude of the bout and the lack of available time to find a replacement, it looked like the man everyone refers to as “DC” was going to have to wait a few more months before stepping on the scales and stepping into the Octagon as a light heavyweight.

The new narrative leading up to Daniel Cormier’s light heavyweight debut might be even better.

Following the news of Evans’ injury, Cormier took to Twitter, lobbying for someone –anyone - to step up and replace his fallen opponent. He blew up Dana White’s cell phone, petitioning the UFC President to keep him on the UFC 170 fight card. With family flying in to Las Vegas to see him compete and having already gotten so close to his goal, the 34-year-old didn’t want to have to wait until Evans was once again ready to go.

He’d signed a contract to compete on February 22 and that’s exactly what he wanted to do. Last Thursday morning, Cormier got his wish, as a name from his past stepped up to fill Evans’ place in the UFC 170 co-main event.

“Aside from everything - him talking about stuff that should be off limits and him poking and prodding at me - he’s a good athlete; he’s a very good athlete,” Cormier says of his new opponent, 4-0 prospect Patrick Cummins, who has burst on the scene telling stories from the wrestling room when he was tasked with helping Cormier prepare for the Olympics. 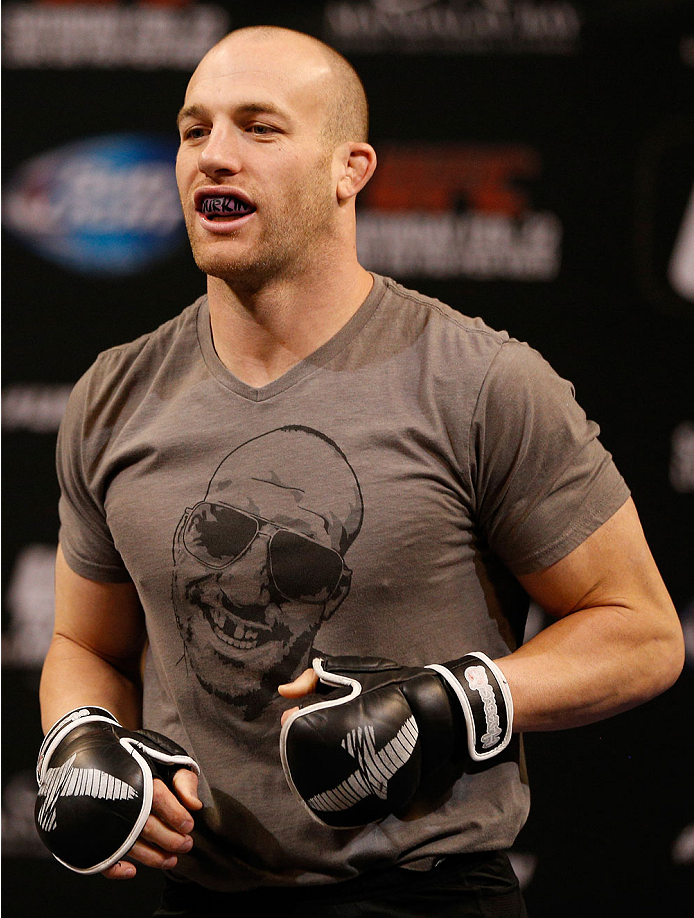 His most frequent remembrance - and the one that prompted White to give the as-yet-untested light heavyweight the opportunity that awaits him on Saturday night - is of making Cormier cry during one particular training session at the Olympic facility in Colorado Springs, Colorado.

“He’s done some very special things in his career. He went to the NCAA tournament and placed second. He was a two-time All-American at Penn State after being a walk-on - you don’t walk on at Penn State and become an All-American - and a few years after that, he got on the U.S. National Team.

“That being said, I’ve always been better than him at what we’ve done,” adds Cormier. “He was a good wrestler, but I was better. He’s a good mixed martial artist, but I’m better, and I’m going to show that again on Saturday night.”

For a short notice fight, even Cormier admits this one is juicy.

Two weeks ago, only the hardest of hardcore fans had any idea of who Cummins was and now he’s positioned as the next in a long line of would-be Rocky Balboas, with the opportunity to knock off one of the elite competitors in the UFC in his first appearance on the big stage, and in a pay-per-view co-main event no less.

“He has the story and he has the background, so if anyone is going to present a problem, it’s him,” says Cormier, who carries a 13-0 record into the Octagon on Saturday night at the Mandalay Bay Events Center. “I haven’t trained for him - I haven’t been preparing for Patrick Cummins - so the idea of a surprise, I don’t think it’s far-fetched at all. I think he’s the type of guy that comes in and wins.

“Chris Weidman was 4-0 when he came into the UFC. He took a fight with Alessio Sakara on short notice and beat Alessio Sakara. Nobody knew who Chris Weidman was at the time. That’s the type of dangerous guy Patrick Cummins is because of his ability to compete, his background, and his willingness to fight anytime, any place.

“I think it’s real - I think Patrick Cummins actually has a chance because of his background, and it’s up to me to make sure that that chance is very, very minimal.”

It was clear as the pending combatants shared time on FOX Sports Live last week following Cummins’ move into the co-main event that Cormier was annoyed with his new opponent’s readiness to share stories that he - and many others in the wrestling community - believed should have remained behind closed doors.

“Patrick Cummins made his bed and now he’s gotta lay in it. That’s the beautiful thing about mixed martial arts,” he says, clearly still annoyed with his upcoming opponent, but excited that the chance to make him pay for the things he’s said continues to draw nearer. “(Somebody needs to) tell Pat to just be quiet because he’s only making it worse on himself.

“Roy Nelson called me an Uncle Tom,” continues Cormier, citing a derogatory comment made by the former Ultimate Fighter winner in the preamble to their matchup at UFC 166. “On October 19, 2013, Roy Nelson got locked into the Octagon with me and he got beat. Patrick Cummins is talking trash now, but on February 22, they’re going to lock him in the Octagon, a referee is going to say, `Are you ready? And are you ready?’ and then he’s going to say, `Fight!’ so you better watch what you’re saying when you’re a mixed martial artist.

“If I’m playing basketball or video games with my coach and I’m talking trash, at some point, we have to calm down, let cooler heads prevail, and talk it out. Patrick and I don’t have to talk it out - we can actually go fight and that’s the beauty of my job.”

While the narrative leading into this fight has changed dramatically, Cormier says everything else has remained the same for him.

“I didn’t watch Patrick Cummins’ fights, I didn’t do anything. From what I understand from my coaches, he’s a wrestler-boxer - he wrestles and he boxes. Well, Rashad Evans has been the standard for wrestler-boxer in mixed martial arts for a long time, and that’s what I prepared for, so why should I change anything? I’ve prepared for a faster, more experienced, better version of Pat Cummins, so I haven’t changed anything. 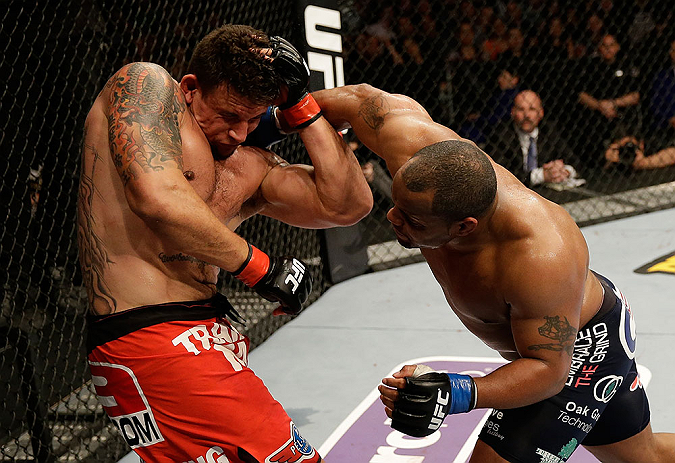