Cormier driven at UFC 200 to avenge his worst loss 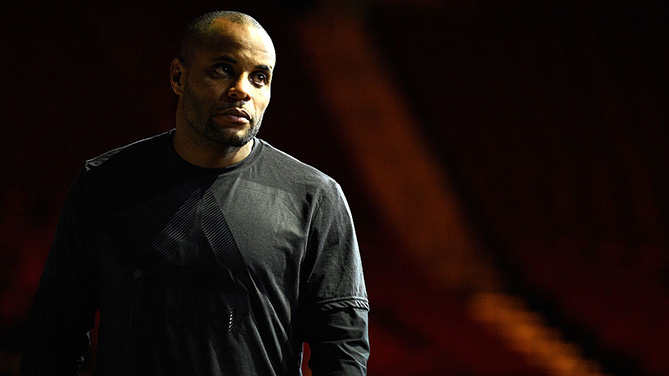 It’s not hard for Daniel Cormier to bring himself back to the worst day of his professional life.

Exhausted, heartbroken and with tears falling down his face – surrounded by teammates and loved ones in the losing dressing room after a devastating loss to his bitter rival Jon Jones – Cormier was thinking about only one thing: what he needed to do to get another fight against Jones.

The pain of that day drove Cormier to capture the UFC light heavyweight title in Jones’ absence. It’s made him train harder, eat better, dedicate himself more deeply to the game – the sport he feels he’s meant to rule.

RELATED: Counterpunch: Cormier vs Jones | Cormier tells all in feud with Jones for Chive | Watch the animated short for UFC 200 by Hank Hill and George Liquor | Pre-order UFC 200 now

Cormier can’t live with being just second best. At UFC 200 – in arguably the biggest fight on the biggest night in the history of the UFC – Cormier will desperately compete against Jones once again to erase the gut-wrenching memory of that January night at UFC 182 where he was left as the runner up.

“I can’t lose this fight,” he said. “Losing to one guy twice is like a death sentence and I care about my legacy.”

To be able to win this time, Cormier will have to be able to push the pace for all 25 minutes. In the first fight, he admitted that he tired and wasn’t able to keep the pace of Jones, who has proved his ability to withstand all challenges inside the Octagon.

Jones is the youngest champion in UFC history and defended his title a staggering eight times before being stripped because of outside-the-Octagon incidents.

In this must-win situation against Jones, Cormier has a few things going for him that he didn’t have in the first fight: Cain Velasquez and a detailed game plan.

Former heavyweight champion Velasquez opens up the historic UFC 200 main card before his teammate and sparring partner Cormier defends his title in the main event.

The two have been going at it all camp long – a welcome change from the first go-around with Jones when Velasquez was unable to prepare Cormier because of injury. This camp, Cormier has been putting in heavy rounds with Velasquez, whom he feels would beat Jones 10 out of 10 times.

The sparring has helped but it’s the familiarity with Jones that Cormier gained in the first fight that he feels will be the difference in this rematch.

“I feel like I understand his offense a little better than I did going in last time,” Cormier said. “I thought I did a pretty good job of actually closing distance and maintaining my space being close to Jon, but I did it in a straight line. It allowed him to really get his damage off on me as I was entering.

“So I feel like I’ll do a lot of the same things in order to close the distance but I will do it with more angles, more head movement – just smarter and sharper. But I need to a better job of getting to where I need to be without taking the damage on the way in.” 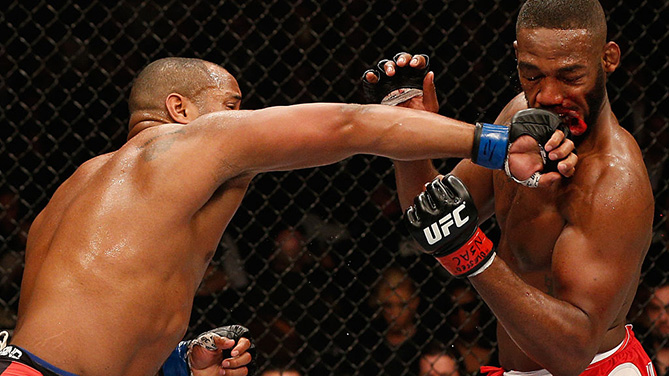 In a headline-making statement last March, former light heavyweight champion Rashad Evans, who is a close friend of Cormier’s, said he thought DC has a good chance to beat Jones in the rematch. At the same time, “Suga” added that if Cormier falls short, it may be the end of the line for the 37-year-old.

From champion to all washed up? It seems hard to believe, but Cormier understands what his friend may have meant with his comments.

“My legacy matters to me. This is my life and I’m willing to die to beat Jon Jones.”