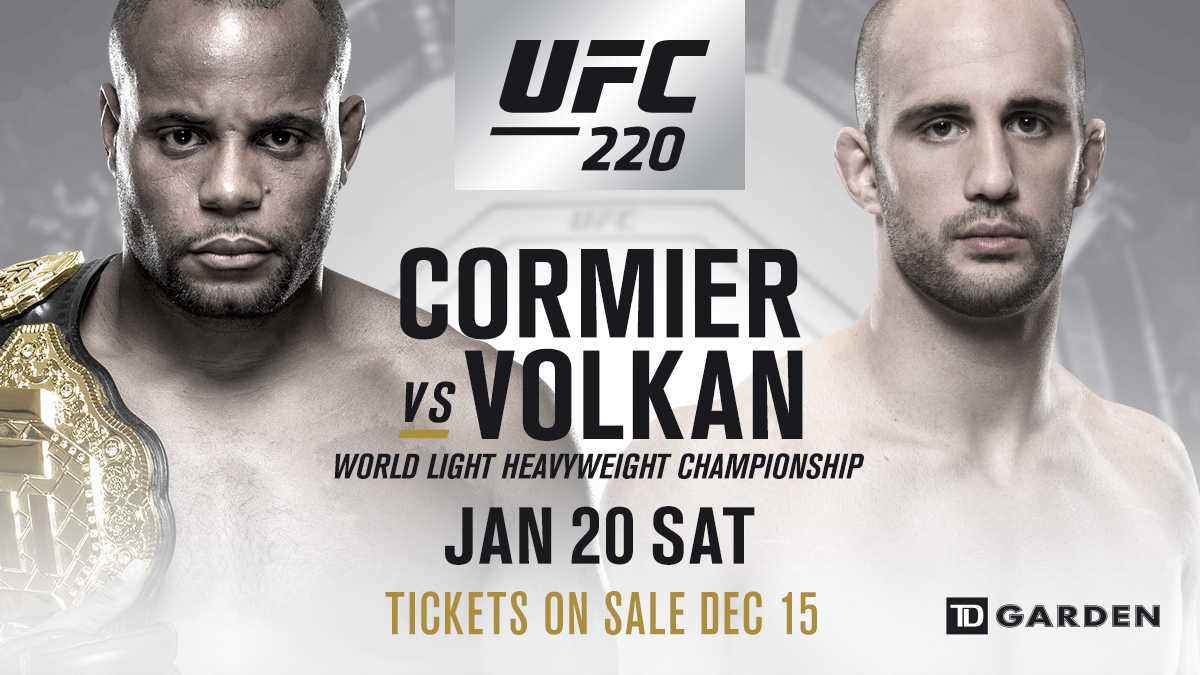 After a career-best 2017 campaign that saw him defeat three contenders in succession, Volkan Oezdemir will begin 2018 with a shot at championship gold when he faces Daniel Cormier for the UFC light heavyweight title at UFC 220 in Boston on Jan. 20.

Eager to defend his crown once more, two-time Olympian Daniel Cormier is adding to his legacy with each fight, and after defeating the likes of Alexander Gustafsson, Anthony Johnson, Anderson Silva and Dan Henderson over the last three-plus years, he wants to begin 2018 with another stellar victory when he meets the No. 2-ranked Oezdemir, a Switzerland native who made a name for himself in the Octagon with wins over Ovince Saint Preux, Misha Cirkunov and Jimi Manuwa, the latter two victories taking a combined 70 seconds.