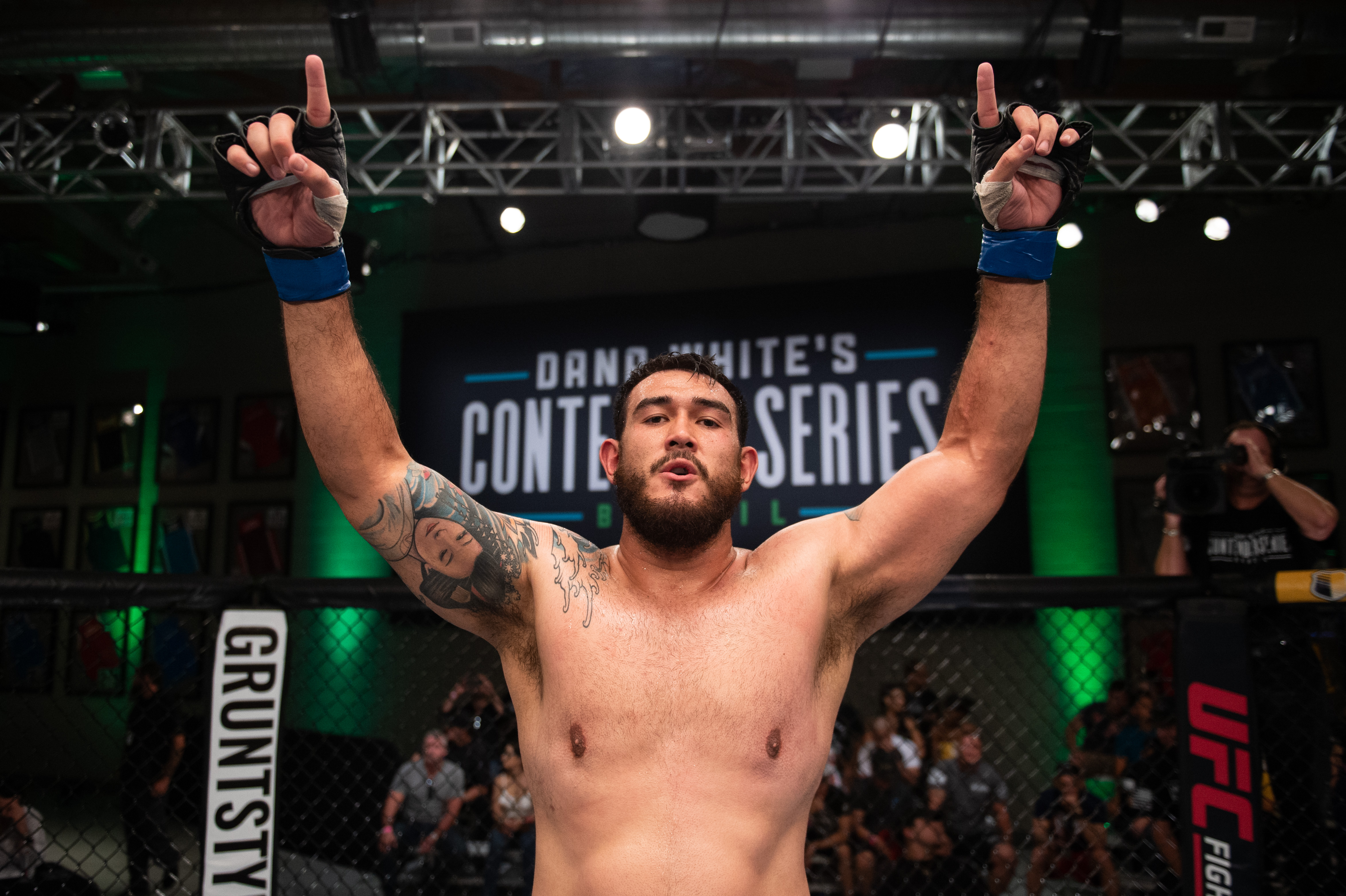 The first season of Dana White’s Contender Series Brazil was another  success, particularly in  terms of finding talent. 11 out of the season’s 15 winners impressed the UFC’s president enough to get a signed a contract with the world’s biggest MMA organization.
Less than a month after the season's final three episodes aired, a trio of prospects are already set to make their Octagon debuts this Saturday at UFC Sao Paulo.
One of those fighters is Marina Rodriguez. The undefeated strawweight needed less than three minutes to guarantee her entry in the organization while improving her record to 10-0. During her backstage interview, she was interrupted by Dana White himself, who wanted to personally congratulate her on her performance.
Despite the high praise from her new boss, she remains steady prior to her upcoming bout against the 13th-ranked strawweight in the world, Randa Markos.
“I’m dealing with everything very naturally, because I wanted and planned to be here. Now, coming in and being a part of this, I’m sure I’m in the right place,” she said. “So I’m really calm with everything.”
Flyweight Mayra Bueno Silva has a different approach. Despite having the same “ready and chill” speech ahead of her debut against Gillian Robertson at Ginasio do Ibirapuera, she admits she is not fully aware yet of the leap her career has taken after participating in the show. 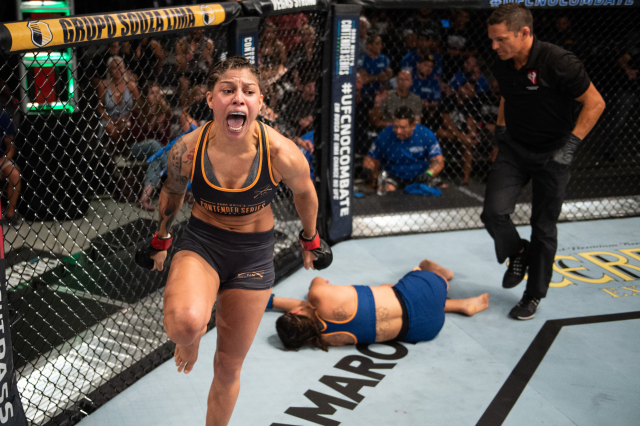 “I didn’t assimilate everything that’s happening yet and I guess I’ll need a bit more time,” she said. “Sometimes I go to the drug store or something and someone says, ‘Oh, I watched your fight.’ The public’s being great to me.”
The more well-known name among the trio of debutants is heavyweight Augusto Sakai, who is scheduled to face Chase Sherman this weekend.
To him, this moment is a dream coming true - and also a prophecy from announcer Bruce Buffer.
“At a past UFC event, I had the opportunity to meet Bruce and he told me, ‘Keep practicing and someday I’ll announce you here,’” he said. “The day has come.”