The Irishman has gone from trainee plumber to featherweight champion of the UFC and living the high life in Las Vegas. He spoke with Guardian Sport. 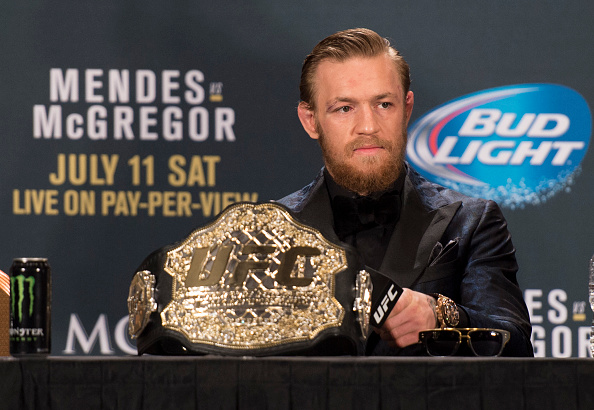 “It’s absolutely insane,” McGregor says as we reflect on his anonymity when, in early 2013, he was still claiming benefits in Dublin before his first UFC contract. “Who has climbed to the pinnacle of the fight game like this? Nobody from Ireland. And to do it in the time I’ve done it, so quick? It’s mind-blowing. But I never forget the struggles. I never forget where I came from. I never ever forget the hard times. I pinch myself because I am surrounded by luxury. But make no mistake – it’s luxury built on sacrifice.”
Read the full article on TheGuardian.com