"I see myself as the face of the UFC, the headliner, the champion, and I’m just gonna keep that belief, keep showing up in the gym, keep outhustling everyone else, and get to the top." - Conor McGregor 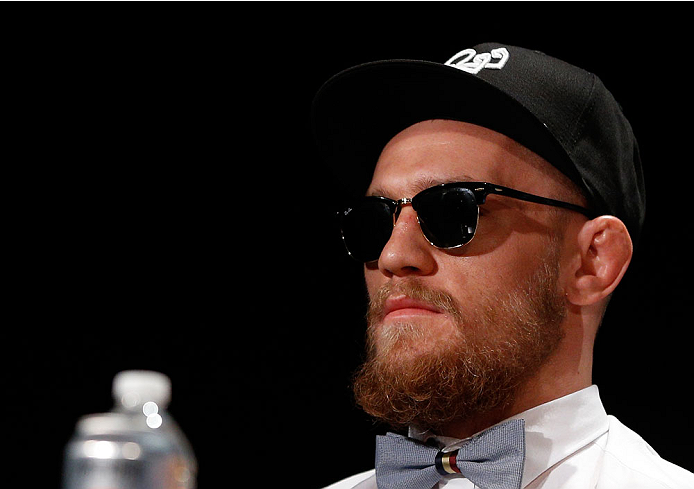 If UFC featherweight phenom Conor McGregor seems to be not only calm, but comfortable, in the midst of an ever increasing media storm leading up to his Saturday bout with Max Holloway in Boston, it’s understandable. See, he’s been here before.

“One year ago, I was walking around like I was the King of the World, like I was the UFC champion, a two weight champion,” he says with the swagger that only being 25 and on the verge of big things can give you. “I was where I am now. I always knew and I always believed that my time would come. Give me one shot, give me one chance, and I’ll steal the show and put the spotlight on martial arts in Ireland and on my gym, and that’s what happened. I visualized it so much that I believed it was happening, and one year later, it is happening. It shows me the strength of the mind. Now I see myself as the face of the UFC, the headliner, the champion, and I’m just gonna keep that belief, keep showing up in the gym, keep outhustling everyone else, and get to the top.”

Comments like those have made fans and the media jump on the McGregor bandwagon with breakneck speed following his 67 second knockout of Marcus Brimage in April. Even before that UFC debut bout, the buzz was almost deafening around the Dublin native, but these days, it’s reached critical levels, as everyone seemingly wants a piece of a young man who still is just a prospect in the 145-pound weight class. > Video: Watch McGregor vs. Brimage free

“It hasn’t surprised me,” he said. “I set my standards high, I aim high, and I was expecting this. As soon as I got the contract I knew this was gonna happen, I knew I have something that people want to see. I don’t quite know what it is and I can’t put it into words, but people tune in, they see me once, and they will tune in every time after that.”

It’s hard to argue with him, but beyond the bluster is a young man who does take his craft seriously. That wasn’t always the case though. Back when McGregor began training at John Kavanagh’s Straight Blast Gym, the hot fighter in the gym was Thomas Egan, a friend and training partner of “Notorious” who was called to the Octagon after just four fights to face John Hathaway at UFC 93 in January of 2009. 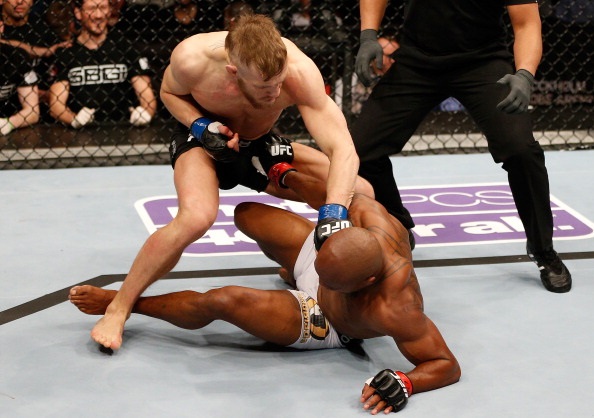 “I got into the game with Tom,” recalled McGregor. “We joined Straight Blast Gym, but he was a little bit more focused. I was in and out, and more of a drifter. Then my coach John came up to me one night and said ‘Tom has got signed to the UFC and I really want you to come back, dedicate to this, and we can make this happen.’ And I believed him. He instilled the confidence in me and I came back.”

McGregor would help get his friend Egan ready for the Hathaway bout, and he was with him throughout fight week, taking everything in. By fight night though, it was clear that it was too much too soon for Egan, who was stopped in the first round.

“We were only kids,” said McGregor. “Our pro team was three people deep at the time. Two featherweights, and Tom was a middleweight at the time. It probably happened a little bit too soon for Tom, but it gave us valuable experience and showed us that it was within reach if we dedicate ourselves to it, and that’s what we did.”

On Saturday, Egan, who won his sixth pro bout last Friday night in Rhode Island, will be in McGregor’s corner, seeing just how far his buddy has come. It’s a big night for the fighter, his friend, and his team, but maybe even more so for the fans of Ireland, who have had plenty of world-class boxers to cheer for over the years, but precious few UFC-level mixed martial artists. McGregor aims to change that as soon as possible.

“We are a fighting nation and we have some combat heroes and a long history of boxing, so I honestly don’t know why it has taken this long, but I feel the time is right now,” he said. “The Irish public has seen what a true martial artist really is and it’s captured the heart of a nation. Everyone is behind me and I carry a nation with me in there every time. This is only the beginning and I am only the first of many. There will be many to come after me. Even looking at the guys in the gym, they’ve all upped their game, and everyone seems more focused and dedicated. The UFC dream is real and it’s within reach. Even the 15 and 16 year olds that are training, there’s a path for them, a route that we’ve created for them to take. So the sky’s the limit for martial arts in Ireland. We are a fighting nation, we come to fight, the Irish and the Americans, we have a link, we go back a long way, and it seems like everything’s happening at the right moment.”

Characters on the printed page or on a website don’t really capture McGregor’s words quite the way hearing them does. He almost sounds like a preacher at Sunday services, charismatic and diehard in his beliefs. It’s no wonder why he’s attracted the attention he has and you almost wonder if all of this has taken away from the only thing that will keep him moving forward in the featherweight division: winning his fight against a late replacement opponent in the tough and hungry Holloway, who stepped in for the injured Andy Ogle.

“There is no opponent,” he said. “I’m emotionless to it. The name on the contract has changed, but my emotions have not, my training has not, my approach to the fight game has not. It’s just another body to me, a new set of movements, a different body type. I don’t really dwell too much on the other guy or the opponents; this is my show. August 17, FOX Sports 1, the Irish are coming home. They returned an Irish man to Boston, this is a special event, and you could put me in there shadowboxing and I’ll still sell it out. It doesn’t matter who the other guy is. This is my time.” 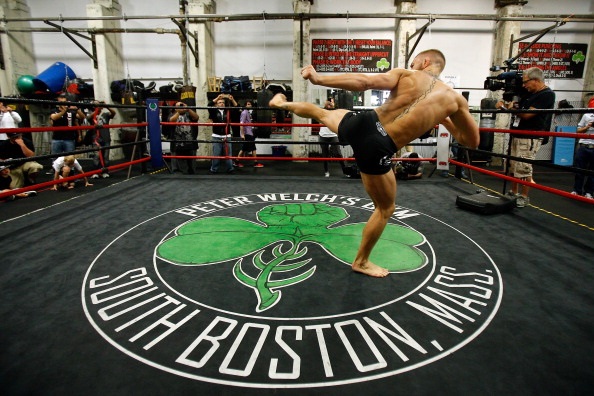 It’s hard not to believe him. Yet the funny thing is, he’s believed all the time.

He pauses before ending with a statement and a chuckle.

“And I’ll do a little talking myself also.”