Confident Rockhold is all about that championship life 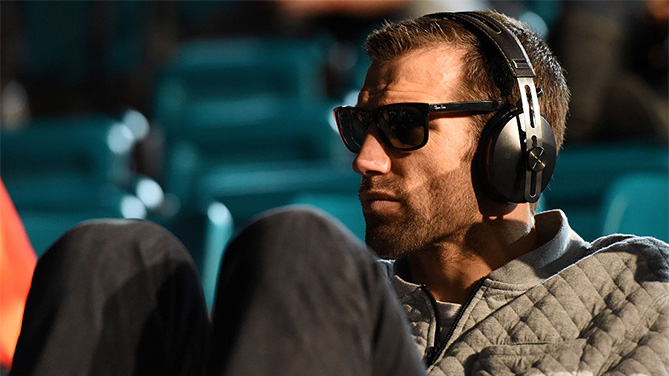 Amid the media buildup for his UFC 199 bout against Michael Bisping, a time when fighters are prodded about fight camps and gameplans, Rockhold was asked about the NBA’s Golden State Warriors – the defending NBA champions who were down 3-1 at the time against the Oklahoma City Thunder in the Western Conference finals.

“I think the Warriors are champions and I think they are going to do the job tonight,” Rockhold said, defying the basketball journalists and fans who were writing obituaries about Golden State’s seemingly insurmountable hole. “They have to compose themselves, relax and find their timing. That’s technique. That’s how champions do.”

Guess what? The Warriors came back, becoming only the 10th team in NBA history to mount a comeback from 3-1 down.

What made Rockhold so confident when professional watchers of the sport were writing off the team? Sure, part of it is fandom – the UFC fighter hails from nearby Santa Cruz, Calif. And has been spotted sitting courtside. But it’s more than that: Champions know champions.

And Rockhold, a former Strikeforce and now UFC middleweight champion, is all about that life.

Since winning the belt at UFC 194 last December, the 31-year-old has not been shy about enjoying the spoils. Inside the Octagon he’s shown he deserves it with a 15-2 professional record and a list of victories that includes some of the biggest names in the division: Lyoto Machida, Ronaldo Souza, Chris Weidman, to name a few.

This Saturday will go a long way toward proving he deserves the label even more. Initially, Rockhold was preparing to defend his crown against Weidman, but a late injury allowed long-time rival Michael Bisping to step in as a replacement.

That hasn’t changed things for Rockhold. It’s not how champions do it.

“I don’t change my game,” said Rockhold, winner of five straight entering this weekend. “You have to cater a bit to everyone’s style, but my game is so well-rounded, I’m so good in every area, that I can take the fight to any dimension. I can avoid one area and fight the next. (There are) guys that are good in one area and have holes in the others. I’m always able to take a 2-1 advantage to almost everywhere I go, if not 3-0: striking, wrestling and grappling, I’m usually on all three.”

It’s not just the physical preparation. In the buildup to this fight alone he’s had to withstand two different barrages of verbal assaults – once from the former champion Weidman and now from Bisping, a man blessed with the gift of gab. Combined, his opponents have questioned everything from his fighting style, preparation, mentality, past results. Combine that with Rockhold being a big favorite in the minds of Vegas oddsmakers, and you can begin to imagine the pressure the champion faces entering Saturday’s main event at the historic Forum in Inglewood, Calif. 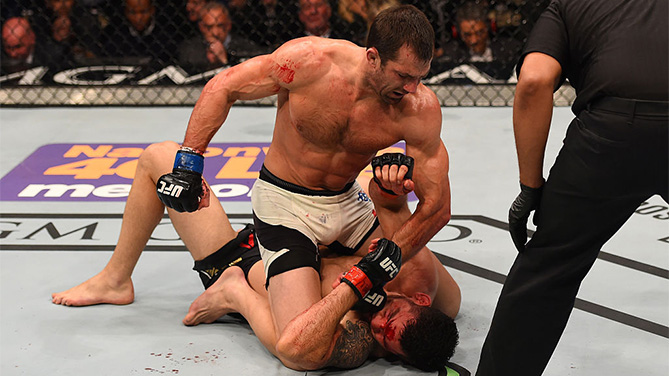 But he’s a champion. He embraces it. It’s what he does.

“Everybody has to build themselves up in some way, shape or form when they are fighting the man. But there’s a reason why I’m here. There’s a reason I’ve beaten all the guys that are next in line to fight me,” Rockhold said of the verbal attacks he’s faced.