Condit's love for fighting still there 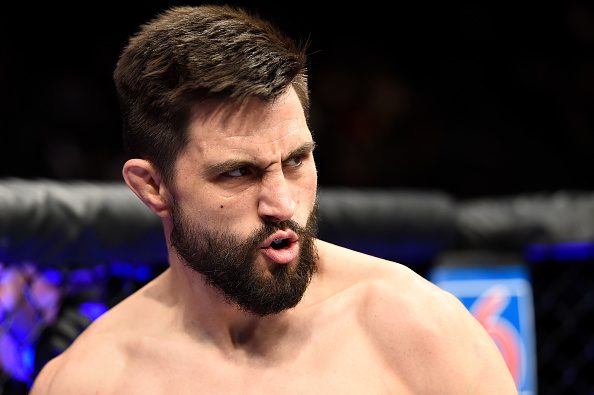 Carlos Condit prepares to fight Neil Magny in their welterweight bout during the UFC 219 event inside T-Mobile Arena on December 30, 2017 in Las Vegas, Nevada. (Photo by Jeff Bottari/Zuffa LLC/Zuffa LLC via Getty Images)" align="center" />
Carlos Condit didn’t say it publicly but, for a moment, he thought his fighting career was over after a December 2017 loss to Neil Magny.

The former interim UFC welterweight champion was coming off a 16-month layoff leading up to the UFC 219 bout in Las Vegas, but that didn’t explain his performance that night, at least not to him.

“I came out of that fight and I was disappointed,” Condit said. “I wasn't me. I had a lot of outside bulls**t going on and I think it got in the way of me being me in the Octagon. Initially after that fight, I was like, 'Ah, f**k it, I'm done, I don't have it.' But that's not true, that's not the case. There was just a lot of outside stuff that was getting in the way and, for this fight, I've really looked at a lot of that stuff and I feel good. I had a different camp and a different energy for this one.”

He also had a different opponent for this Saturday’s co-main event in Glendale, Arizona, as he was slated to face Matt Brown in a bout fans have been waiting to see for years. It’s a fight Condit wanted to, making it the perfect reason to put retirement on the back burner. But that’s not why he decided he still had something left in the basement and something more to give to the sport.
MORE FROM FIGHT NIGHT GLENDALE: Road to the Octagon | On the Rise | Waterson embraces pressure | Vettori has fighting words for Adesanya

“It was more like, I want to go out and put on the best performance of my career,” he said. “I was excited to fight Matt Brown because Matt would definitely bring that out of me. So I was excited in that.”

But the Fight Gods have a funny way of taking nice things away from us, so earlier this month, Brown tore his ACL and was forced out of the bout. That’s the bad news. The good news is that Condit got a new opponent in the form of Alex “Cowboy” Oliveira. Can the Brazilian still bring out the best in “The Natural Born Killer”?

“Oliveira is dangerous, man,” Condit said. “He's a brawler, and I think in some ways he's more dangerous than Matt Brown. 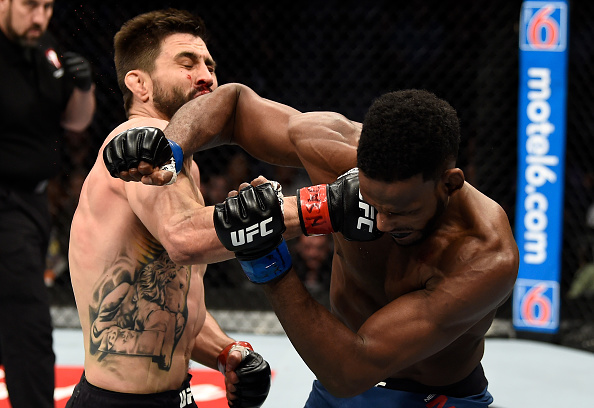 He's a little more athletic and explosive. I don't think he's got the depth or technique of Matt, but he's good. He's an animal.”

That may be the highest compliment Condit can give an opponent, and it’s clear that when it comes to the actual fighting part of this sport, he’s still the same kid who ran through the WEC in 2007-08 before making his way to the Octagon to put on classics with the likes of Martin Kampmann, Rory MacDonald, Nick Diaz, Georges St-Pierre, Johny Hendricks and Robbie Lawler.

“I love what I do,” said the Albuquerque native. “I think that there's been a lot of stuff as time goes by and different stuff that goes on and some things maybe get in the way and got in between me and my love for actually getting in there and mixing it up and training. But it’s still there. The way that I love to fight, I can't lose that. It just gets clouded by bulls**t sometimes, I think.”

He laughs, happy to make that walk again and get into a fistfight. For him, it’s not about titles and money fights and rankings. At 33, Carlos Condit just wants to fight.

“At this point, I think it's about going out there and being me,” he said. “When I step into an Octagon in a fight that has practically no rules, I get to be free. And putting in the training and jumping through the hoops and doing what I need to do is to get in there and be free in the way that I love to be free, which is me meeting some other savage in combat.”