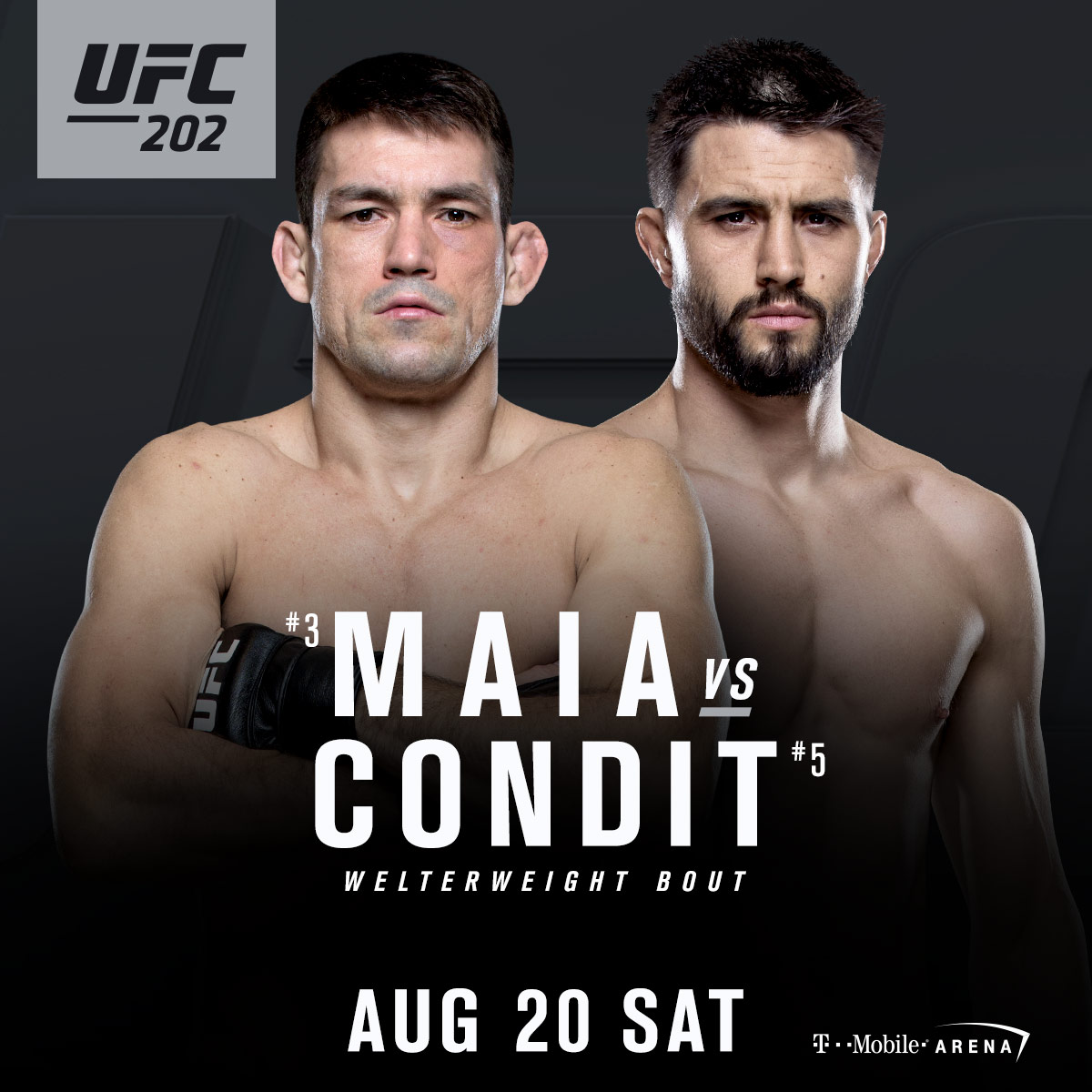 The stacked UFC 202 card on August 20 got another jolt of high-quality action with the announcement that former interim UFC welterweight champion Carlos Condit will return to the Octagon to face veteran Brazilian contender Demian Maia at T-Mobile Arena in Las Vegas.

On the sidelines since his razor-thin split decision loss to Robbie Lawler in their January title fight, the No. 5-ranked contender hopes to put his name in the hat for another crack at the crown when he faces Maia, whose impressive five-fight winning streak includes finishes of Neil Magny and Matt Brown.

In the UFC 202 main event, Nate Diaz looks to repeat his March win over Conor McGregor in a welterweight rematch, and in the co-featured bout, Anthony "Rumble" Johnson faces Glover Teixeira.