Condit Returns in Style with TKO of Alves 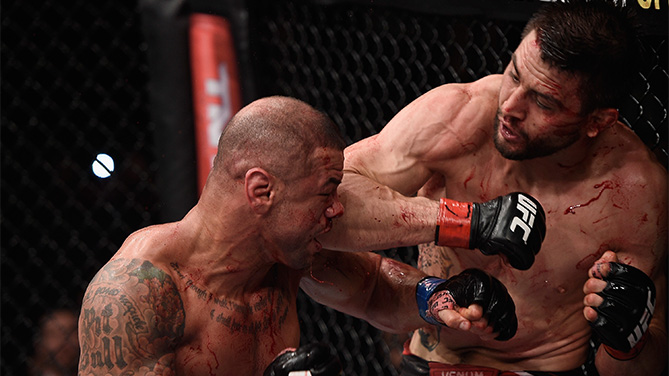 After a long layoff due to injury, former UFC interim welterweight champion Carlos Condit got back to business Saturday at the Goiania Arena in Goiania, Brazil, and it was like “The Natural Born Killer” never left, as he scored an exciting second-round TKO of fellow contender Thiago Alves. 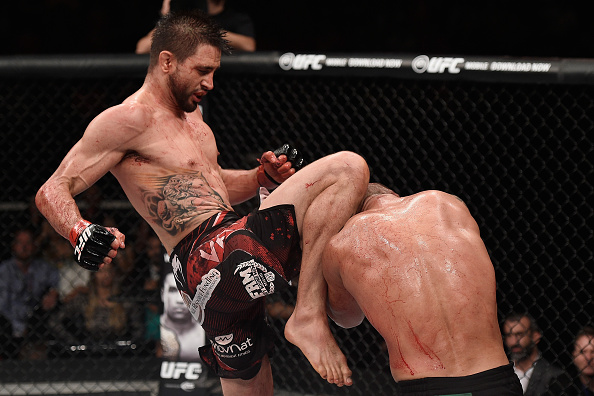 The bout was the 31-year-old Condit’s first since March of 2014, when he was stopped by Tyron Woodley due to a knee injury that sent him into surgery and more than a year away from the Octagon. But he was back in top form as soon as he was waved in to fight Alves, a Fortaleza native who was making his first start in Brazil since 2003.

Condit switched stances often in the first round, trying to keep Alves guessing as he fired off kicks from the lead and back legs. The stalking Alves kept moving forward, getting off his share of thudding leg kicks, but neither fighter was able to land that momentum-altering strike.

The pattern continued early in round two, but a flush left elbow to the face by Condit changed the complexion of the bout immediately, with the bloodied Brazilian falling to the mat and nearly getting stopped. 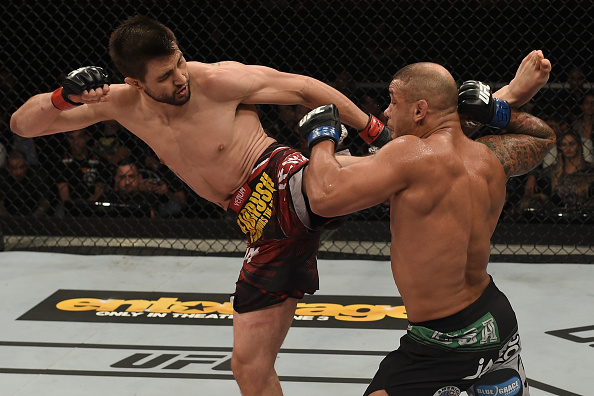 But the tenacious “Pitbull” weathered the storm and got up swinging. Condit would rock Alves again, and after a throw to the canvas, the Albuquerque native went on the attack once more. With 40 seconds left, Alves made it back to his feet and he fired off kicks and punches as the crowd roared.

The two welterweight warriors wouldn’t get an opportunity to continue their battle though, as the Octagonside physician decided that Alves’ broken nose was too serious an injury for him to leave his corner for round three, Condit earning the victory via TKO.