Condit-Brown heads to Glendale in April 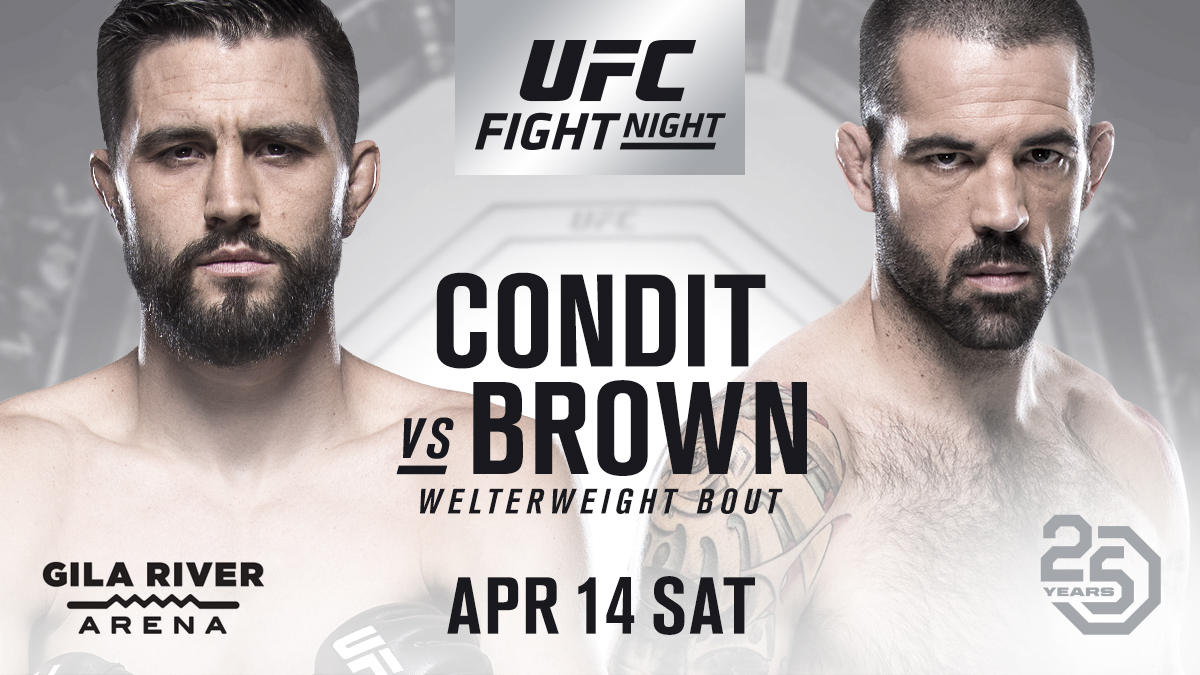 Already host to an early Fight of the Year candidate between main eventers Dustin Poirier and Justin Gaethje, the Gila River Arena in Glendale, Arizona gets another jolt of stellar MMA on April 14 when welterweight action heroes Carlos Condit and Matt Brown square off.

FOX will air the event.

A former interim UFC welterweight champion Condit's reputation as one of the best of his era is set in stone, but the Albuquerque native still has goals to achieve in the sport, and he can kick off 2018 with a bang if he can defeat Ohio's Brown, who put retirement plans on hold after a Performance of the Night knockout over Diego Sanchez in November.