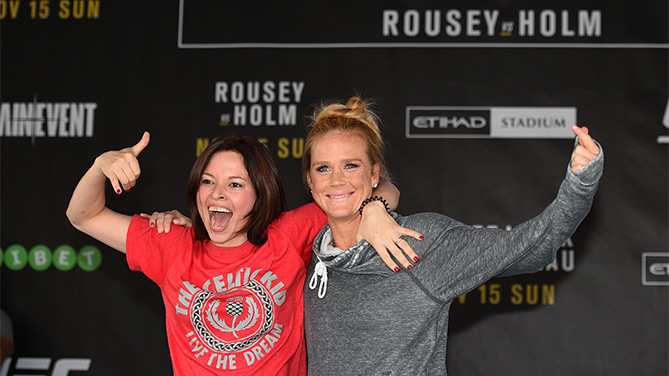 Holly Holm isn’t just enjoying her moment – she’s found comfort in the days before the highest stakes fight of her life.

Unable to contain her excitement at the UFC 193 Open Workouts, a bouncy and jubilant Holm, sporting a broad smile, playfully joked with teammates, showed off her dance moves, and even brought a fan up on stage to help her warm up ahead of the biggest fight of her career against UFC megastar Ronda Rousey.

The next day, Holm walked to her assigned seat at Ultimate Media Day to answer more questions about how she plans to do the impossible: beat the unbeatable Rousey.

On the other side of the Victory Room inside mammoth Etihad Stadium, about two dozen cameras sat atop tripods waiting for the champion, who had yet to arrive. The “Rousey Revolution” has taken Melbourne by storm, but Holm, unfazed by the buzz from reporters behind her, stopped for a moment before taking a seat to put on some lip gloss.

Holm has a job to do Saturday night after all, and she’s envisioning completing her mission. She isn’t worried about the potential record-setting number of people who are there to see it, she just sees a victory – however she can get it.

“I visualize the victory, but I visualize myself going through a tough situation to get there,” Holm said. “I’ve thought about the moment (I make the walk to the Octagon), and I’ve thought, ‘I don’t even think I’ll look around.’ I think I’m just going to focus on the cage because that’s where the work needs to be done.”

Once the Octagon door closes, Holm is tasked with the unenviable challenge of figuring out how to stop Rousey from imposing her will. That’s what the champion consistently does – she finds a way to get a finish.

Twelve fighters have come against Rousey and all 12 have been finished, most in the first round. Holm said that most women really don’t know if they can beat Rousey, and without confidence, the effort is futile.

“I feel like I’m better prepared (than Rousey’s past opponents) because she’s shown that nobody has been prepared enough,” Holm said. “She’s run through them. So I have to feel that I’m going to be performing better than them.

“I want someone to challenge me at what I do. And that’s also why I am here, I want to challenge her as well at what she thinks is her game. I’m not going to be ignorant or stubborn about it and try to prove any points, but I’m ready for any part of the fight.”

Holm has had a lifetime in the fight game to prepare for this battle, despite only competing in MMA for five years. 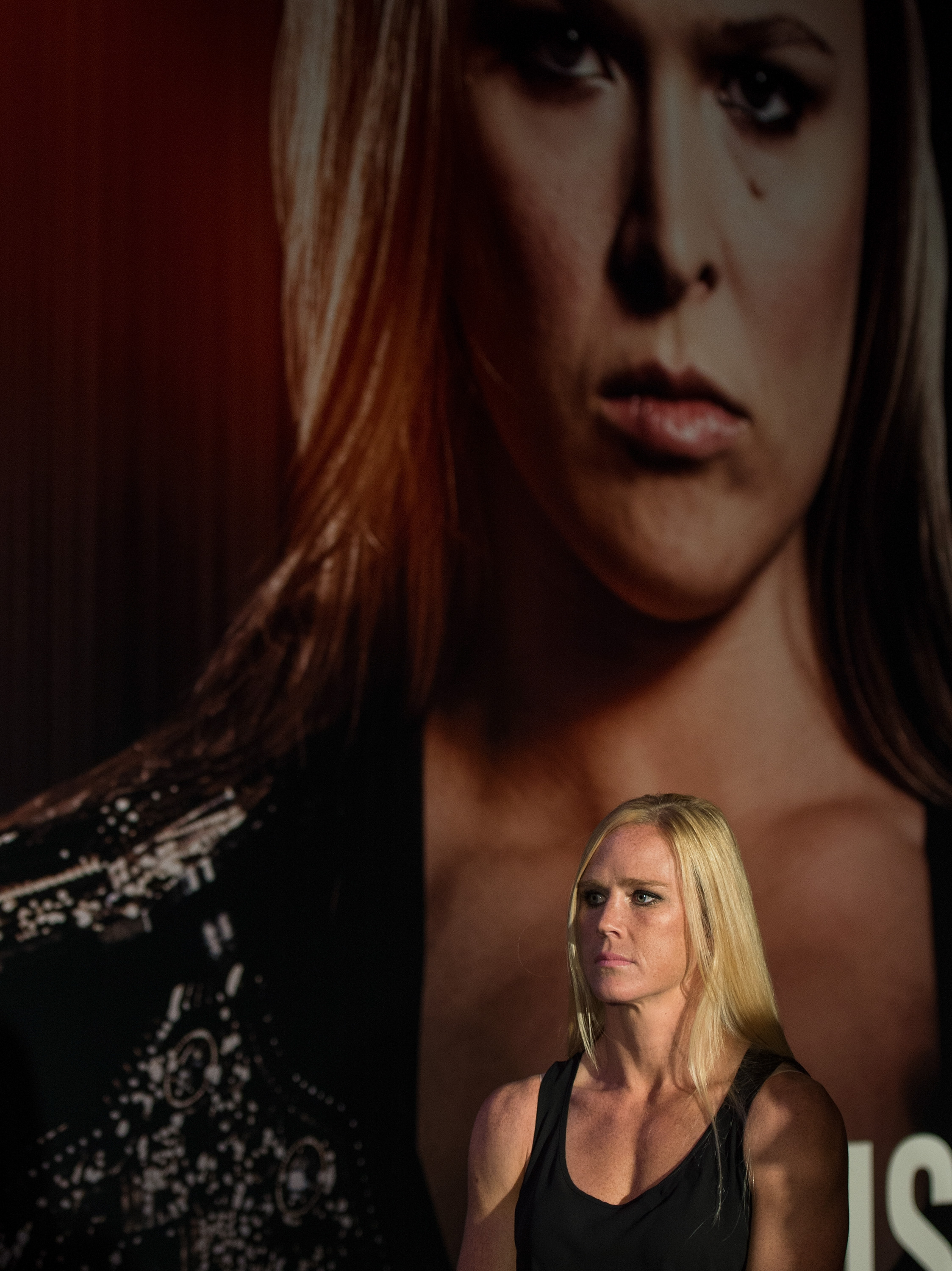 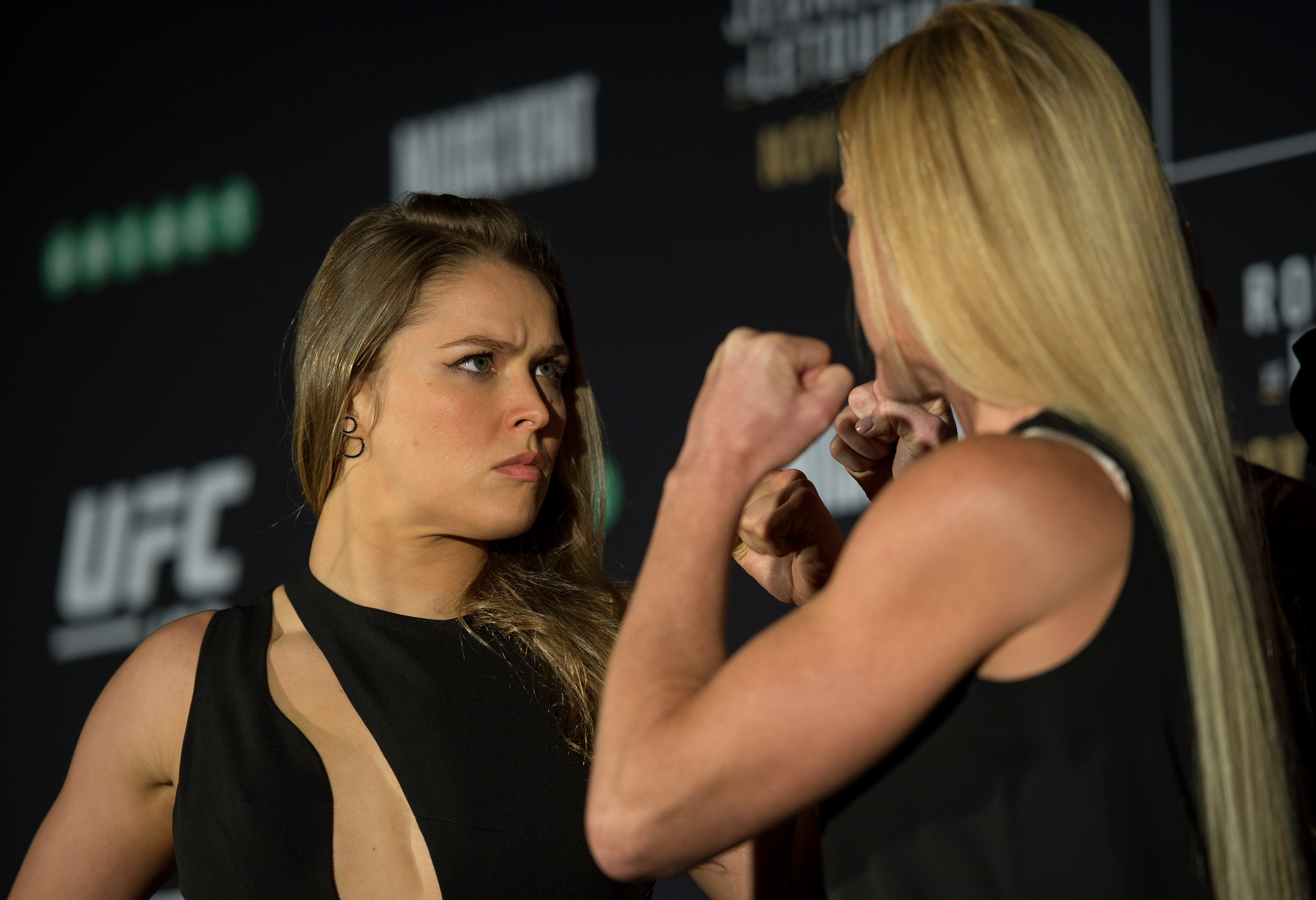 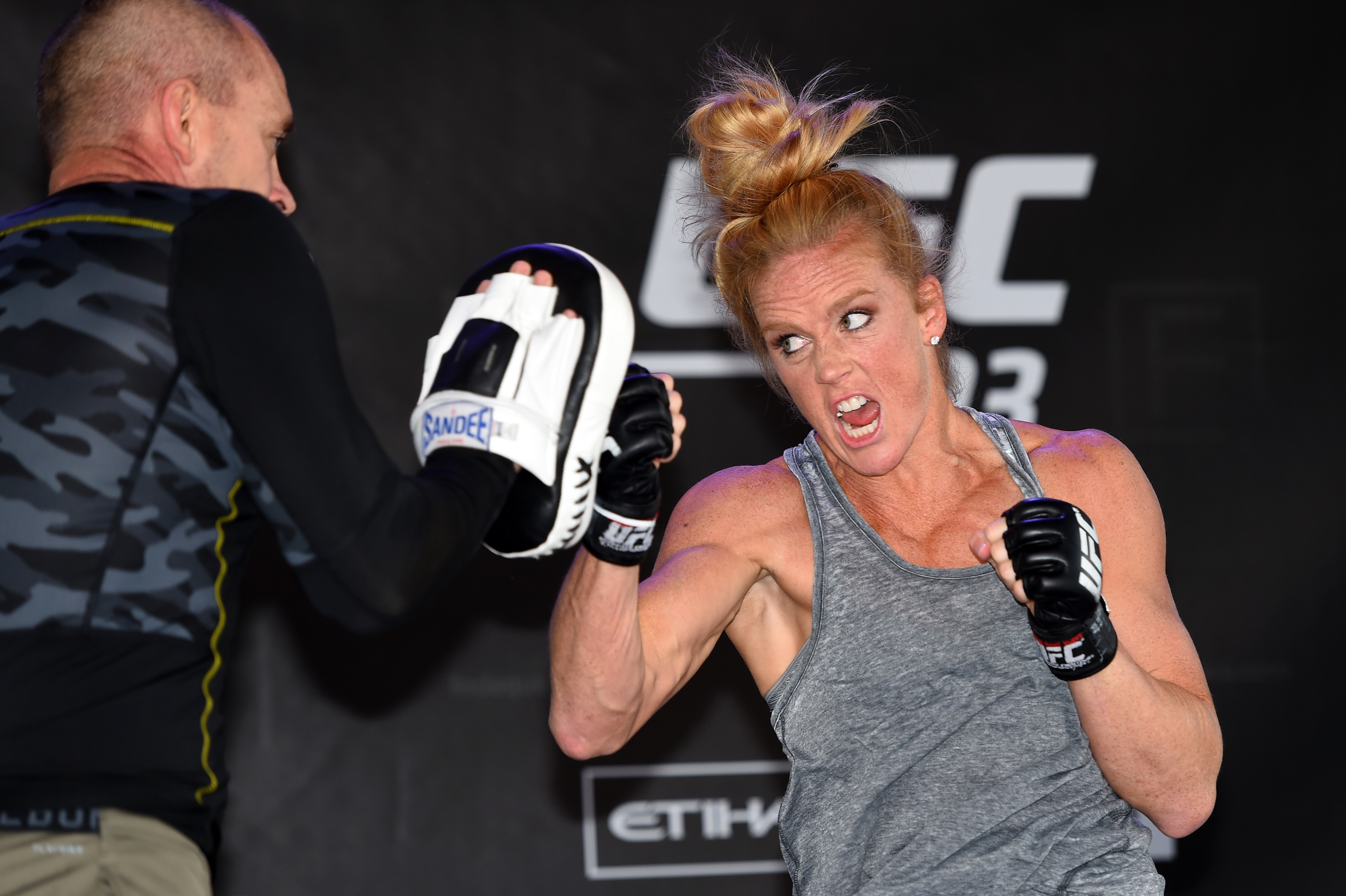 Rousey’s 12 wins are the gold standard because of the way she has dominated her opponents, but Holm’s 9-0 MMA resume and notable boxing credentials easily make her one of the most serious threats to Rousey’s throne.

“I’ve seen a lot of different styles of fighting – had to adapt to a lot of different things in a fight – and those are the things that are going to help me,” Holm said. “This is an MMA fight and not a boxing fight, so I’m not trying to rely only on my boxing background. But I am going to take the things it has prepared me for and use those for this fight. “

But no matter what the game plan is on either side of the Octagon, the theme of the fight comes back to confidence.

Holm said her work ethic convinces her she can beat Rousey.

“There are a lot of nerves that come with it, but I try to embrace them and take them all in. The nerves are there but I’m comfortable with them. This older man one time told me, ‘If you have butterflies, at least they’ll be in formation by the time the fight comes.”’

When the fight arrives, Holm has already visualized the victory. She doesn’t know how it will come, but she is confident that she’s done everything she can to prepare.

“I visualize myself being in a really bad situation and coming out of it,” Holm said. “There are 25 minutes in there to not mentally break.”