The Comeback of Shane Del Rosario

"You can focus on the bad things in life and really let it eat away and
make things worse, or you can put things in perspective and really see
what’s going on in the big picture." - Shane del Rosario 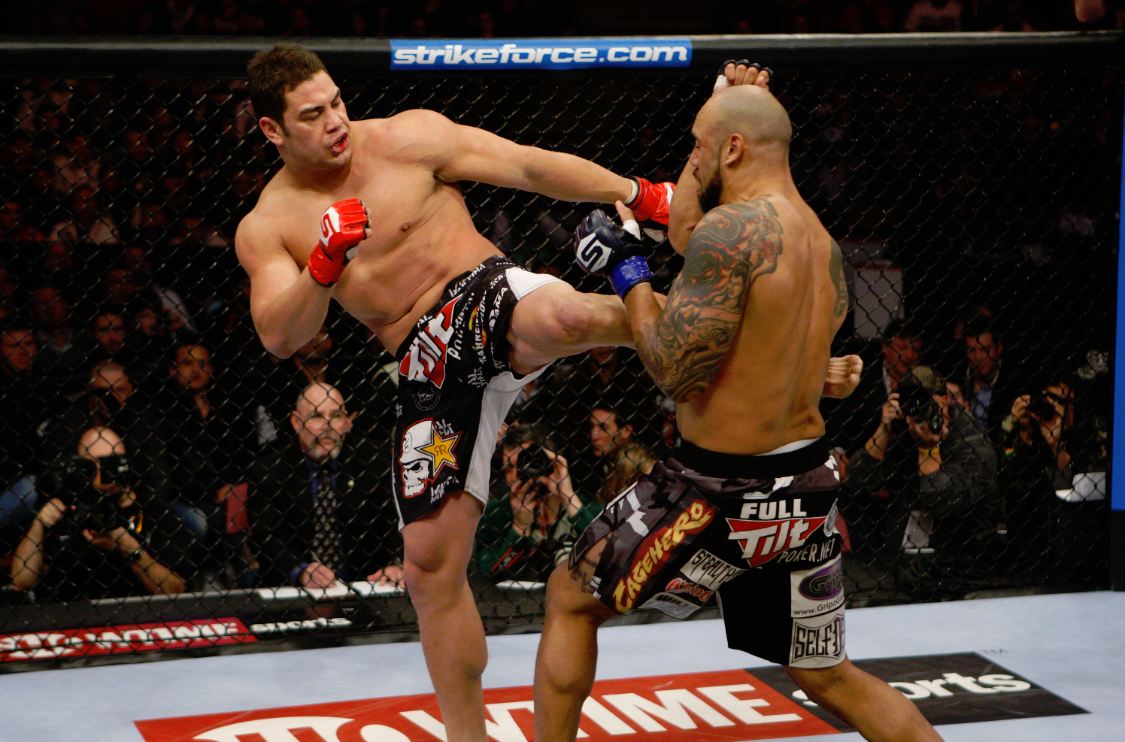 Shane del Rosario is probably tired of talking about the worst year of his life, but he does it anyway. And when you hear him relate the details of his recovery from an April 2011 car accident in which he was blindsided by a drunk driver, losing nearly 14 months of his career as he recovered from injuries that ranged from several herniated to bulging discs in his back, you don’t hear any sense of ‘why me?’ though he would be more than entitled to feeling that way.

“It could have been a lot worse,” said the 28-year old heavyweight, who makes his UFC debut this Saturday against fellow unbeaten Stipe Miocic. “I could have died. But the biggest way I put it in perspective is that I have a lot of friends battling cancer right now or that have lost to cancer, and I think yeah, I was in a bad car accident and was about to have a big year and make a name for myself by fighting big guys in the MMA game, and I had that all taken away, but I’m not going through chemotherapy, I’m not searching for a bone marrow transplant, and I’m not fighting for my life. I’m just trying to get back to fighting.”

One of those friends, Eddie Solomon, is listed on del Rosario’s UFC bio form as his hero. The renowned bodyboarder lost his fight with lymphoblastic lymphoma in September of last year, right around the time that del Rosario wondered what his own future was hold. Asked if he ever thought he might not fight again at that point, he says, “There were some times when I was thinking ‘am I ever gonna be who I was before.’”

11-0 with 11 finishes, eight by knockout, the Hacienda Heights, California native was a rising star in mixed martial arts’ glamour division, and with three wins in Strikeforce, including a first round submission victory over current UFC heavyweight Lavar Johnson, that star was rising at a breakneck pace before the accident. And despite the severity of his injuries, he had been hurt before over the course of his MMA and Muay Thai career, breaking his hand a couple times and partially tearing a ligament in his knee. This was different.

“I had injuries before, and I bounced back quick from everything,” he said. “After the accident, I thought that maybe I’d be ready in a couple months, but when the three and four month mark hit, I was like, wow, I haven’t had any progression. I’m in the same amount of pain, I have the same amount of immobility, and I started freaking out a little bit. Then it got even worse when the six and eight month mark went by.”

Losing his friend during the process didn’t help, and while he admits to having “some down time,” he credits his family and a strong support system for keeping him positive.

“You can focus on the bad things in life and really let it eat away and make things worse, or you can put things in perspective and really see what’s going on in the big picture. And most of the time, you’ll find that you’re not doing too bad.”

By the eighth month after the accident, del Rosario was in the gym and ready to resume his career, and he was also going to use his celebrity as a fighter to get the word out about the foundation set up in his friend’s name, the Eddie Solomon Foundation. To motivate him even more, shortly after Christmas it was announced that he would be fighting in the UFC.

Saturday, after a switch of opponents from Gabriel Gonzaga to Miocic, he makes his debut. And while he’s got the normal butterflies, his emotions are nothing but positive.

“There’s always pre-fight nerves, and a lot of people ask me ‘are you gonna be nervous because you’ve been off for so long?’ It’s gonna be 14 months by the time I get back in the cage, and not only that, it’s my first time with the UFC, and everyone says you’re gonna get the UFC jitters. So I’m sure there will be some, but I had a year of my life taken away, not from training or doing something I wanted to do. I got hit by somebody else in a car accident, and it really threw me for a loop. So to see it all come full circle and not only be healthy but to be debuting in the UFC on one of the biggest cards in a while, I have nerves, but when it comes to emotions, I guess I’m just happy and really, really content.”

Yet despite his previous body of work in the fight game, when the Colin Oyama-trained del Rosario steps into the Octagon, he will be seen by many fans as the “new” guy, an idea that would be insulting to some, but that fits the Californian just fine.

“I like that, to be honest,” he said. “I don’t really check odds much, but all my friends were telling me that when I was fighting Gonzaga somehow I was the favorite. Now I’m fighting Stipe and I’m the underdog, and I love that. I know that we’re fighters, but this really is the entertainment business. You gotta go out there and put a show on. And I really think that I can do that. Not only do I win fights, but I’m undefeated, and they’ve all been stopped by submission or knockout, and I really think I can go out there, put on a show, and give the fans what they want.”

Miocic shares del Rosario’s views on the fight game. Now it’s up to one of them to break the deadlock and impose his will on the other. Del Rosario believes that he has prepared for this moment long enough that there’s no turning back now, especially after all he’s been through to get here.

“Obviously now, there is a huge step up in competition, so I do need to take that caution in mind, but that’s why I’ve trained so much,” he said. “I’ve been training full-time for six years now, with no other job except training and teaching on the side, and I really feel that I’ve paid my dues in the sport and it’s time for me to step up and fight these guys, and I’m excited. I still have a lot to learn and a lot more road to walk, but I’m coming to fight, I’m coming to fight hard, and I really want to turn some heads and make a name for myself.”