Colin Fletcher - The Man Behind The Clown Makeup

"I do what I do instinctively, and that’s me. If you like me, that’s fine; if you don’t like me then don’t watch me." - Colin Fletcher 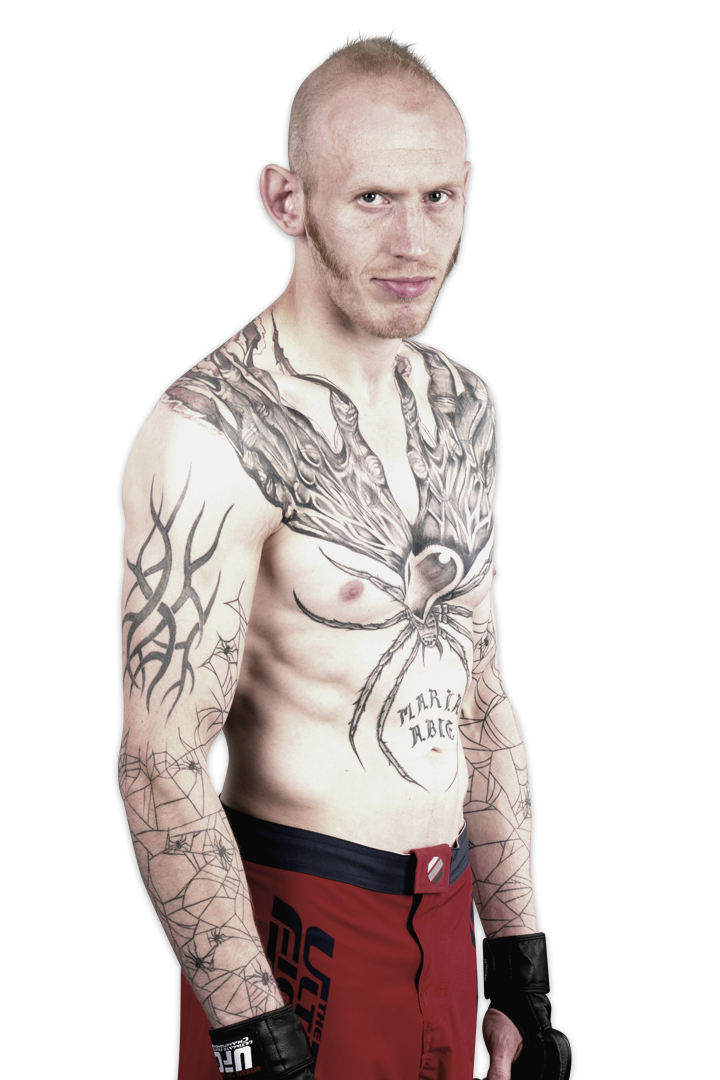 If you’ve followed the career of Sunderland, England’s Colin Fletcher or watched him on the TUF Smashes series, you’ll understand when he declares, “I am a clown.”

The question is, will the man known for elaborate entrances befitting a man nicknamed “The Freakshow” be bringing any extras with him for his Smashes final bout against Norman Parke this week?

“It will just be me,” said Fletcher. “It’s too expensive to fetch an entourage and then you’ve got to feed them.”

Very true. Luckily, having Fletcher around by himself is entertaining enough, and it’s why he’s one of the most intriguing debutants to hit the UFC in a while. And that’s not even counting what he does in competition as well, where he’s compiled a 9-1 record with eight submission wins, as well as the two victories over Ben Wall and Richie Vaculik that have put him one win away from a UFC contract. But of course, the first thing you will notice is the occasional clown makeup and the always fun-loving attitude.

“I’m not trying to fill a space,” he said. “I don’t want to be the person who everybody goes ‘oh, he’s entertaining, blah, blah, blah.’ I just do me and if people like me, that’s fantastic. I’m over the moon with the response I’m getting. I’m getting loads of followers on Twitter and I’m getting comments every day, and everybody seems to be very, very warm and nice. But I’m not doing what I do for that aspect of things. I do what I do instinctively, and that’s me. If you like me, that’s fine; if you don’t like me then don’t watch me. I tried for a long time to fit in with people and stuff, and I’m just a bit silly and wild. I do what I want and I have a lot of fun with it, and that’s all I can do.”

And if he says it’s just his natural personality, you can’t argue with him because it doesn’t come off as artificial. Yet for all the pre-fight antics, he wouldn’t be here if he couldn’t fight, and he showed his stuff both on the UK scene and on Smashes, putting to rest any thought that he was an entertainer and not a fighter.

“I wouldn’t be comfortable going in to fight dressed up like an idiot if I was an actual idiot,” he laughs. “That’s one of my favorite quotes. You might look at me walking into the cage and think ‘this man looks like an absolute idiot.’ Therefore, if I step in that cage and there was any doubt and if I wasn’t ready, then I would be an idiot. Every time I step into that cage I’m more than confident that whoever I fight, I’m prepared to give them a tough fight. I want to fight to the best of my abilities, and hopefully the crowd will react to that and enjoy themselves.”

That approach helped him survive six weeks on Smashes and emerge as one of the two lightweight finalists, even if he does say “I’ve survived worse, to be honest.” Keeping it light while showing up when called to fight is a gift though, and his approach seemed to work like a charm.

“I’m always very light anyway,” said the 29-year-old. “I’m not a big stress person. I’m very, very light-hearted with everything really. I like to spend a lot of time playing with my kids and I think that keeps it nice and light-hearted, so I don’t get stressed by a lot. And to be honest, I get paid to do my dream job and I consider myself a very lucky man.”

If there was any stress involved for Fletcher, it was the initial idea of fighting Parke, who he became good friends with on the show. He even wrote on his official UFC bio form, “I love Norman Parke, he's like a little brother to me, but I love my wife and kids more so I'm going to have to hurt his feelings to provide for them. I'm sure he’ll forgive me.”

When reminded of this, Fletcher hasn’t strayed from those feelings in the slightest.

“I do love Norman and he does seem like a little brother to me,” he said. “He kinda acts like I did when I was a bit younger and he’s a fantastic lad, and I hope he has a mint career down the line. But he’s not gonna stop me providing for my family; nobody is.”

And as time has gone by since taping in Australia ended, Fletcher has been able to distance himself in a way that he wouldn’t have been able to do if the two fought while on the show.

“It would have been really difficult to fight him in the house I think because we were spending a lot of time together,” he said. “But now that we’ve spent a long time away from each other, I think it’s gonna be pretty much the same as all the others.”

A Team UK chat with their coach, Ross Pearson, who faced the same situation when fighting teammate Andre Winner in the TUF 9 finale, also eased the fighters’ minds as well.

“We did have a little bit of a chat about it, all of us sitting around together as a team, and it’s just something you have to do,” said Fletcher. “You just gotta grit your teeth and get on with it. It’s not nice, but it’s one of those things. Everybody wants it, it’s just who wants it the most.”

Fletcher, a married father of two, wants it pretty bad, and it’s been that way since he discovered mixed martial arts around six years ago. It wasn’t easy getting up to speed on all aspects of the game, but once things started to click, he was hooked.

“What I struggled with was coming from a striking background and a bit of a rough upbringing background where I was fighting with my fists all the time,” said Fletcher, who turned pro in 2008. “It was kind of strange to just roll about on the ground and it was the transition between using all your strength and technique. You don’t have to be really, really strong and athletic, and sometimes setting up traps and things work better. So it was like a puzzle very early on. But as soon as I caught on, it really intrigued me and I said I’ve got to get better at this because I’ve got the right kind of fighting mentality to set people up for things.”

Nine wins and a lone loss have followed, but despite the eight wins he’s picked up by tap out, he doesn’t fancy himself a submission artist.

“My first couple fights I ran out and steamrolled people very quickly,” he said. “Obviously the opposition got a little bit tougher and you can’t do that anymore, and I took a bit of a deep breath and figured out that if I put a lot of pressure on people early on, I could try and get it to the ground and things like that. And that’s how I got a lot of victories off chokes. I wasn’t hunting for submissions; I was trying to knock people out, and that was making them shoot to take me down in a sloppy fashion, so I was finishing them with submissions. I was blending the fact that I love to stand and strike with the fact that I can manipulate you to shoot in sloppily, and catch you while you’re doing that.”

So as the biggest fight of Colin Fletcher’s career approaches, what should we call him? A striker, a submission artist, a comic, or “The Freakshow”? None of the above, according to Mr. Fletcher.

“I’m an MMA fighter and that’s what I love about the whole thing,” he said. “It’s open to interpretation, isn’t it? There’s no one thing over another.”