Cole Miller out of Fight Night Dublin; Brandao in 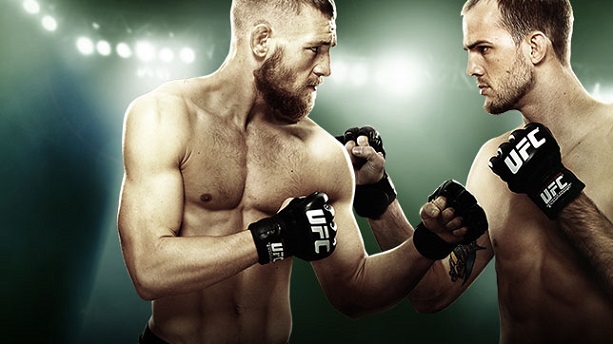 After a heated war of words on an episode of the MMA Hour back on May 5, fight fans have surely been looking forward to the clash between young Irish prospect Conor McGregor and Cole Miller in the main event of Fight Night Dublin on July 19.

But UFC.com learned Tuesday afternoon that Miller tore ligaments in his thumb during training and is now in a full cast. The 30-year-old Georgia native has been forced out of the highly-anticipated match up against McGregor, giving way to No. 15-ranked lightweight Diego Brandao, who will step in to challenge McGregor.

"Diego Brandao is explosive and a well-rounded fighter. This should be a war," said UFC president Dana White.

McGregor spoke to the media Tuesday before the news broke that he would fight a new opponent.

“It’s going to be a phenomenal experience,” said McGregor, who will fight in front of his home country.
“I’m not sure how many people the O2 Arena holds but I’m sure it’s going to sound like 10 times that amount are in there. I believe the roof is going to blow off the place. From the start of the show ‘til the finish, it’s going to be something special.

“This means everything to me. This media game is a game of repetition, and I’ve said it time and time again: I’m not here to make up the numbers…I’m here to take over. This is going to be the fastest sell-out in UFC history. This is perfect for me. This is what I wanted. These are the ingredients that are going to shoot me to where I’m looking to go, and that is right to the top."

Tickets go on sale this Friday for Fight Night Dublin.