Colby Covington Is Confident That His Second Title Fight With Kamaru Usman At UFC 268 Will Produce A Much Different Result.
By Thomas Gerbasi, on Twitter: @TGerbasi • Nov. 2, 2021

Madison Square Garden in New York City. Colby Covington has been here before.

“About two years ago I went to Fleet Week to visit the Marines and the Navy and show my respects to the people that keep us free and fight for our liberty and freedoms here in America,” he recalled. “I got to stay on the USS New York for a night and I remember I walked by Madison Square Garden and I just soaked it in. I sat outside and I was just like, 'I'm gonna headline this someday, and it's gonna be for a world title.'”

At the time, Covington was on a six-fight winning streak, he held the interim belt at 170 pounds and was about to fight (and beat) Robbie Lawler across the Hudson River in New Jersey. But even then, he was thinking about a fight in the iconic arena.

This Saturday, it becomes a reality when he faces welterweight champion Kamaru Usman in a rematch that headlines UFC 268.

“It's just so weird that it comes full circle now,” said Covington. “I was manifesting it then, I took all the pictures, I put it in my head and just visualized then and there what it was gonna be like when I came back to Madison Square Garden and got to headline. And here we are, two years later. So all the pictures are in my timestamp in my brain, and I'm ready to go out there and fulfill my destiny and get that world title.”

Covington got close the first time against Usman in their UFC 245 bout in December 2019, so close that the fifth and final round was going to decide the fight on the judges’ scorecards. But it never got that far, as Usman stopped Covington with 50 seconds left in an instant classic that made a rematch a natural. 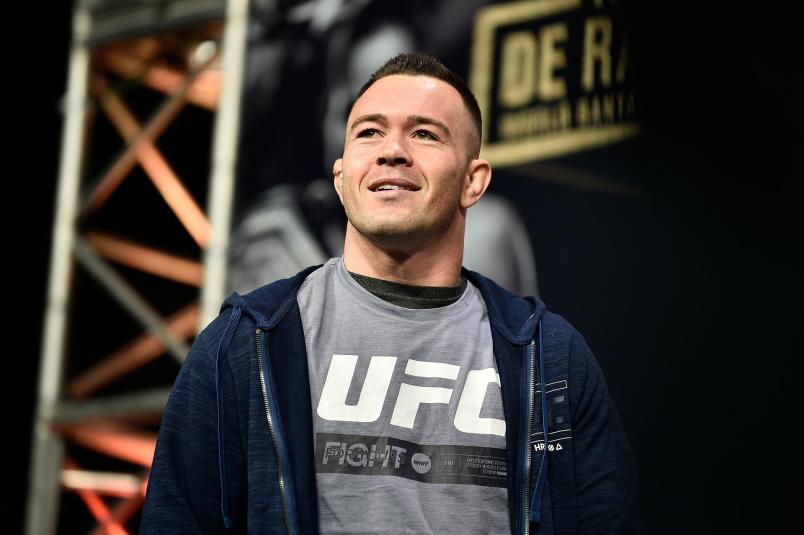 The loss was a devastating blow for Covington, but he hasn’t discarded the fight and its result into the proverbial trash bin, never to watch or speak about it.

“I watched that fight maybe 50 times now,” said Covington. “I dissected every millisecond in it, I've seen all his patterns that he does, I picked up on all the bad tendencies and the bad habits I had in the first fight, and I really feel like there's just nobody that's gonna stop me this time.”

The 33-year-old’s confidence is nothing new. But his belief that the second meeting with Usman will produce a more positive result also comes from having a different team than he did in the first fight and his assertion that referee Marc Goddard did him no favors when the welterweights met in Las Vegas.

“I think last time there were some questionable calls that the ref made that slowed my momentum and changed the outcome of the fight,” said Covington. “This fight's gonna be different. I've got great coaches around me - Daniel Valverde, Cesar Carneiro and Jonathan Lopez - I found the mistakes I made the last fight and I'm not gonna make those same mistakes this fight.”

If there was a silver lining in the first fight, it was that for all his pre-fight trash talk and his polarizing persona outside the Octagon, inside of it, he was all fighter. Sure, everyone knew he had talent, but in a dogfight, he stood in there every step of the way, fighting until Goddard said it was over. His effort in defeat even made those who wanted him to lose grudgingly give him respect.

“It's definitely a nice, little extra boost to the confidence and to the morale, because I know everybody hates me in this sport, and they just look at what I give them in this sport and they don't really know the person I am, so they want to judge me off what they think I am,” said Covington. “So for them to even have to come out and swallow their pride and say, 'Yeah, man, I hate Colby as a character or as a person, but he's a great fighter and his will and intensity is unmatched,' it's good to hear those things. It's a little boost, but none of that matters to me. The only thing that matters to me is getting that world title. I don't want to go down in this sport as being one of the toughest or having the strongest iron will that the sport's ever seen. I want to go down as the greatest of all-time. That's my focus and motivation.”

Covington even got the respect of Usman, who recently told reporter Helen Yee that he would place “Chaos” in the all-time Top 15 when it comes to the welterweight division.

The challenger isn’t exactly thrilled about such a comment.

“I think people are looking into that like it's a compliment,” he said. “Honestly, I feel disrespected by that comment. Who's the 14 people that are ahead of me? (Laughs) Let's be honest. I don't think there's a man alive that should be ahead of me on that list. The last time we fought, we were neck and neck until the last 30 seconds. It was an early stoppage - everybody could see that – and I stood right up and protested it right away. This is a fistfight - we're not playing volleyball, so let me go out on my shield. It's kill or be killed in there.”

Not surprisingly, the emotions attached to the first fight and the upcoming one are still there. But after the grueling UFC 245 bout, the question was, could Covington get amped up all over again for his return to the Octagon, which took place in September 2020 against former champion Tyron Woodley. That answer was a resounding yes, as Covington dominated the bout before halting Woodley in the fifth round.

“It was business as usual,” he said. “I had a big chip on my shoulder from the fight before, so I feel like I had a point to prove. I wanted to get this rematch with Usman the second that I walked out of that cage.”

Beating Woodley paved the way for that rematch, and now it’s here. It’s been a wild journey for Covington thus far, one filled with headlines for everything but his fighting, dominant wins, a visit to the White House, and even calls from the 45th President of the United States, Donald Trump. When he was fighting Wagner Silva in Uberlandia, Brazil in 2014, trying to make a name for himself in a crowded division, did he ever picture all this? 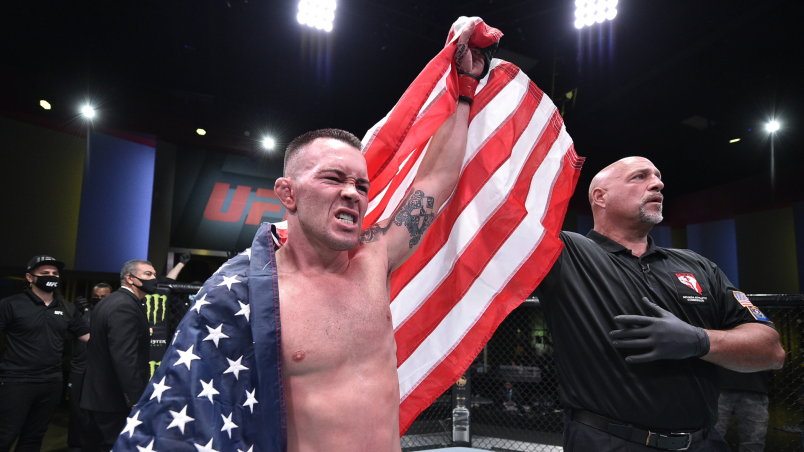 “I definitely saw the success coming and being one of the top fighters in the world and the top fighter in the world,” he said. “But I could have never imagined in my wildest dreams that I'd have the President calling me on my phone, going to the White House, being the only fighter in the history of this sport to set foot in The Oval Office and hang out with the sitting President. So I'd be lying if I told you that I did expect that, but I did expect to have the success and being one of the top fighters that the world has ever seen.”

He's got 25 minutes to move closer to that goal. Or less.

“I have a new sense of motivation around me,” said Covington. “I brought in new coaches, new training partners, and we have a new approach to my game. And honestly, they brought something out of me that I didn't think I had in me. I know how much heart and how much will I have, but now I'm technical and now I'm smarter in my approach and I feel like this is my time, and I'm gonna get it done and be the UFC world champion.”