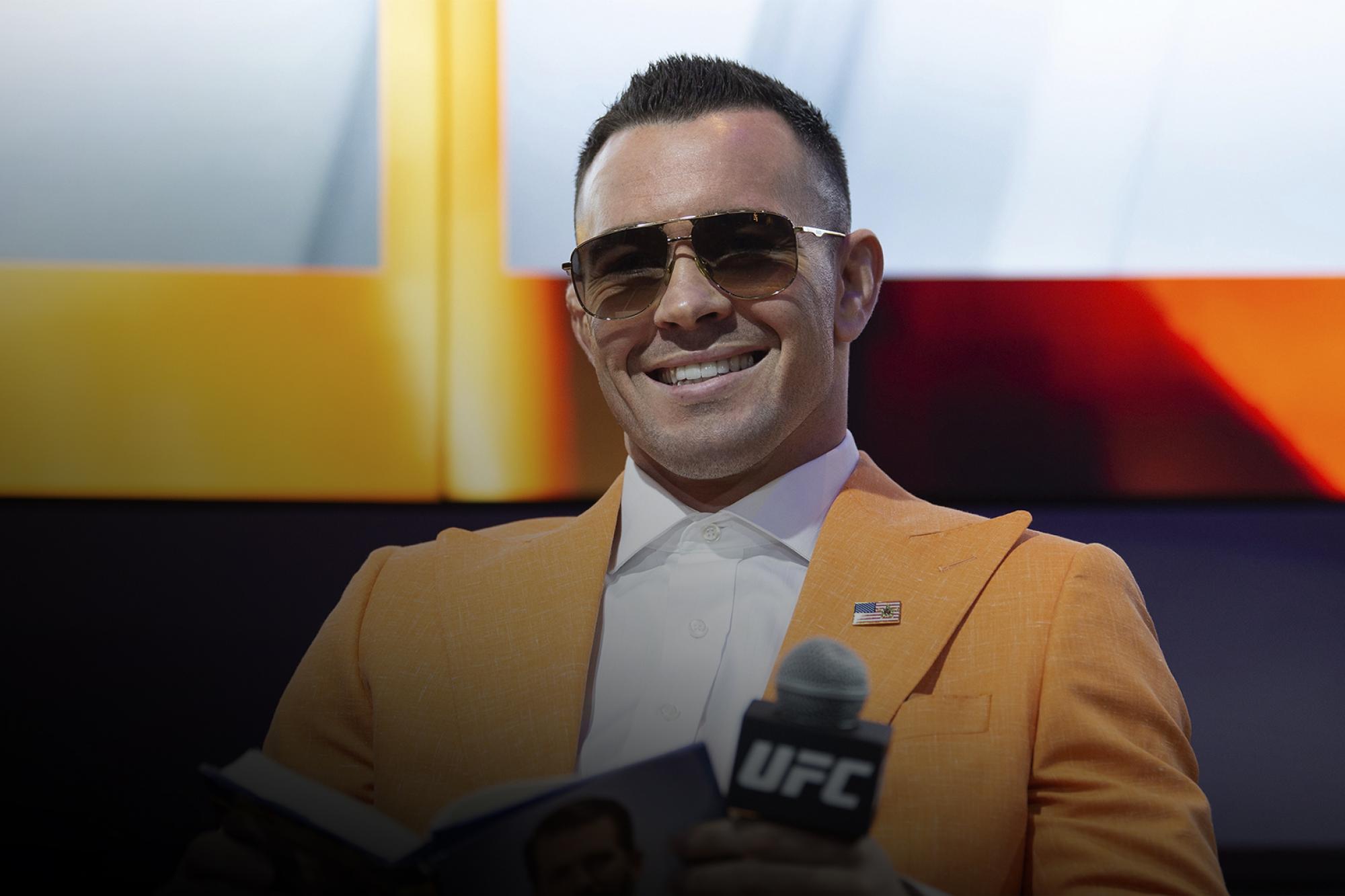 Colby Covington Never Loses Sight Of His Past

"I train like I’m still a kid that was getting beat up every single day and bullied. I never lose sight of those feelings that I had when I wasn’t successful and I was dreaming about being successful.”
By Thomas Gerbasi, on Twitter: @TGerbasi • Dec. 12, 2019

Colby Covington sleeps well at night. Despite having the biggest fight of his career on the doorstep this Saturday and peers and fans screaming for his head, when “Chaos” puts his head down to rest, he’s at peace.

“Every day I’m thankful and blessed for how far I’ve come and where I came from,” he said. “It doesn’t matter how much drama surrounds my life, it’s so peaceful when I go home at night and know how hard I’ve worked and created a better life for myself. So it doesn’t matter how crazy it is, I find the peace in being able to be financially secure.”

Those finances will be even more secure should the No. 2-ranked Covington wrest the UFC welterweight title away from Kamaru Usman when they meet in the UFC 245 main event at T-Mobile Arena in Las Vegas. But knowing there’s food on the table, a roof over his head and money in the bank has done nothing to dull his edge, something he believes has afflicted both Usman and the man “The Nigerian Nightmare” took the title from, Tyron Woodley.

“I think Usman’s starting to believe his own hype, and I’ll never do that,” said Covington.
I know I’ve got to go out there and work hard every day and I gotta go out there and earn it. And what I’m gonna do on December 14th is earn it, because I never forget. I train like I’m still broke, I train like I’m still a kid that was getting beat up every single day and bullied. I never lose sight of those feelings that I had when I wasn’t successful and I was dreaming about being successful.”

Those dreams are still as real as ever for the 31-year-old, who is days away from making one – but not all – of them a reality.

“It’s very important,” he said of keeping his current mindset. “You can kind of see it in Tyron Woodley’s last fight that he had lost the hunger. He’s not the same fighter he was in years past. But I keep that hunger because I have big dreams that I haven’t accomplished yet. I set out to be the undisputed best fighter in the world and I want to leave a legacy of everybody knowing that I was the greatest of all-time. So until I finish that and I’ve done that, I won’t be content, and anything less would be a disappointment.”

Seeing Covington eat his words on fight night would be a sweet victory for those who don’t subscribe to his method of trash talk and selling a fight, but even the harshest critic has to be impressed by his work in the Octagon, particularly his shutout of former champ Robbie Lawler in August. It was a brilliant effort from start to finish, but Covington isn’t convinced it was his best performance.

“I can be way better,” he said. “That fight with Robbie Lawler, I didn’t even get to showcase my true potential because I only got four weeks to train and then I got a cut on my eye in the first week of training camp, so I had no training camp for that fight. I was just envisioning what I could do and envisioning that I am the best welterweight in the world. But this fight brings something different. This is a fight where my agent, Dan Lambert, owner of American Top Team, really wants this guy’s head on a silver platter, so that gets me up early in the morning and keeps me up late at night. I really want to go out there and set an example for him and for my team.”

It’s as close as Covington will get to the persona he usually has ready to go when the cameras are rolling. In more low-key moments, the talk is about the fight, the future and the work it took to get here. The Clovis, California native remembers walking into the American Top Team facility eight years ago with nothing but his gym clothes and a wallet full of ambition.

“I told Dan Lambert I was gonna be world champion and I didn’t have any money to my name,” he said. “I was broke, I had to walk to the gym to train, and it was hard. But I never gave up, I kept fighting, and that’s what fighters are all about. I never doubted in my journey and here I am today.”

And as odd as it may seem, many of those aforementioned folks screaming for his head have softened their stance. They may not like Covington, but they respect what he does when the Octagon door shuts. That’s something that’s caught the former interim champion off-guard, to say the least.

“It’s tough, man,” he laughs. “All my haters are starting to like me and they’re starting to say that I’m a genius for the way I went about my business and that it was something that no one else was doing. So it’s tough. I’ve always enjoyed the hate and the boos more than I’ve enjoyed the cheers because the cheers give you a false sense of security and make you feel like you’re unstoppable. I like the people that are booing me because that drives me and lights a fire inside my soul that wants to go out there and prove them wrong and prove all the doubters wrong.”

He will hear boos this Saturday night in Las Vegas. That’s the safest bet you’ll ever get in that town. But that’s all right for Covington, because he knows what it’s like to get his hand raised and be called “Champion,” whether it was in college wrestling or MMA. And when that word is attached to his name, everything else just becomes noise.

“It’s the culmination of a lifetime of hard work paying off and showing that all those hours of  blood, sweat and tears and everything you’ve poured into your training has made it happen and made your dreams come true,” he said. “So you can’t replace those feelings with anything else and that’s what I live for – those moments to get my hand raised and win championships.”