Bantamweight contender Cody Stamann's desire to compete fuels him. See what he had to say before UFC Fight Night: Overeem vs Volkov
By Thomas Gerbasi, on Twitter: @TGerbasi • Jan. 29, 2021

UFC President Dana White may be the one with the show, but in the lead-up to this weekend’s card in Las Vegas, it was bantamweight contender Cody Stamann who was looking for a fight.

And when we spoke on January 21, he had one against Andre Ewell.

“Thank God,” said Stamann, who unfortunately had some more dicey moments before an opponent was finally secured for Saturday night.

If you’ve been keeping an eye on “The Spartan,” you’ll know that after dropping a decision to Jimmie Rivera last summer, snapping a three-fight unbeaten streak, he was linked to Merab Dvalishvili for fights both in October and this weekend. First, Stamann was forced out of the bout, then it was Dvalishvili’s turn, leaving the Michigan native without a dance partner for his first bout of 2021. 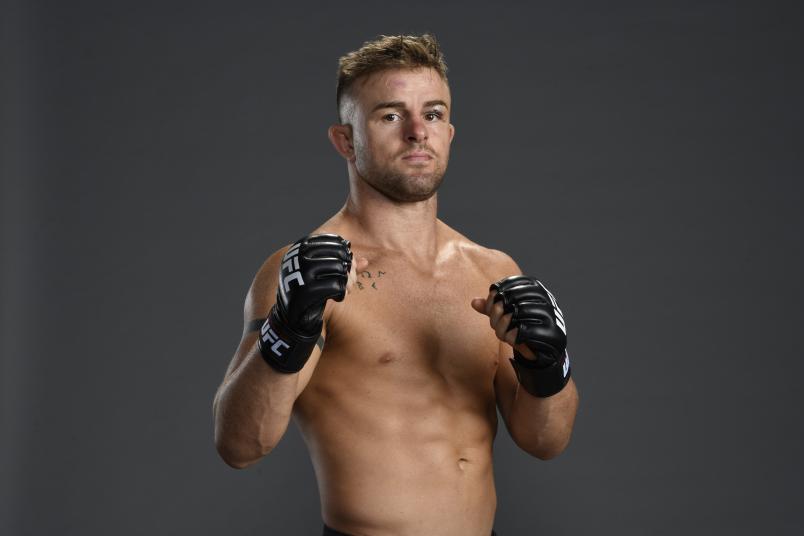 Cody Stamann poses for a portrait backstage during the UFC 250 event at UFC APEX on June 06, 2020 in Las Vegas, Nevada. (Photo by Mike Roach/Zuffa LLC)

I felt like the Merab fight is cursed,” Stamann laughs. “I really thought that was a sure thing. I'm like there's no way he's not showing up. So that happens and I'm thinking who is gonna take the fight?”

Ewell took it and Stamann was happy. Then Ewell withdrew on fight week, and Stamann was unhappy again. Enter Octagon newcomer Askar Askar, and the 31-year-old can smile once more.

“I told my manager (Jason House), the first person that says yes, I'm fighting him,” said Stamann. “They don't even have to send me the contract. Just send me the name so I can look him up. We're gonna do it.”

It might seem odd for the No. 13-ranked contender to be facing a fighter making his UFC debut in a bout being held at 145 pounds due to the late notice, but not to Stamann, who is hell bent on getting in as much work as he can as he pursues a world championship. 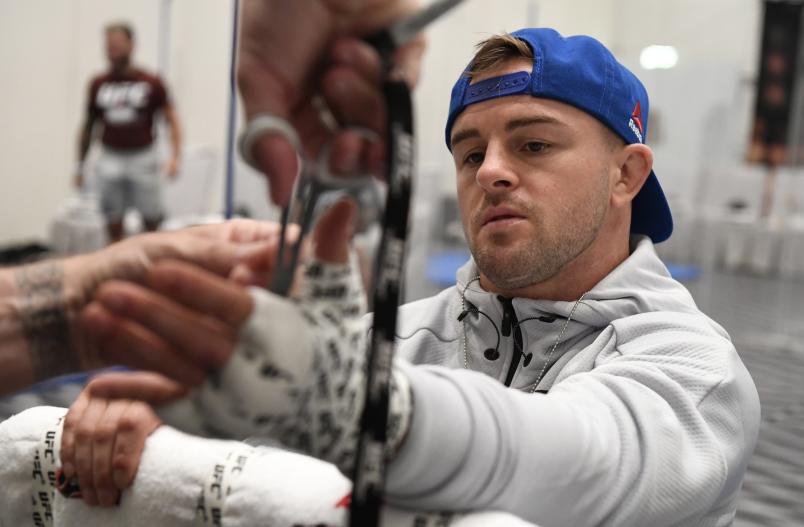 “Here's the thing - I'm chasing the number one spot,” he said. “I want to be the best, and obviously I'm not looking past anybody, but I need every second I can and every day to maximize my potential. If that's not motivation enough, I gotta think that at some point down the line, it's my job to get locked in the cage with some guy that's trying to physically hurt me. That's all the motivation I need. And not only that, but my family's watching. So I always put a ton of pressure on myself and I live with that weight all the time just because that's the reality of what we're doing. Your athletic window is closing every single day. There's gonna come a point when I'm not capable of doing this anymore. And then I can take a break and rest. But while I still have the opportunities in front of me, I'm taking them.”

And while Palestine native Askar is making his first walk to the Octagon, he’s not a newbie to the sport, having won 11 of his 12 pro bouts, finishing six of those victories before the judges got involved. He can fight, and whether it’s Askar, Ewell or Dvalishvili, Stamann knew that he was going to be in a fight because everyone at this level can hang with the best in the world. In other words, there are no gimmes in the UFC, and Stamann knows it. And likes it, because that makes a win much more satisfying.

“If you're doing the right things day in and day out and you're disciplined and you like it, you welcome the challenge,” he said. “You almost have this relationship with the pressure. And the reason I fought all these tough guys is because I welcome the best. I want to test myself against the best, I want to fight the best guys. Obviously, it would be way easier if I was going in a 3 to 1 favorite in every single fight. But what do I get from that? I get so much more from beating someone that maybe I'm not supposed to. Or maybe, on paper, that guy looks better than me and maybe the MMA fans and media think that this is gonna be a tough night for me and I go out and win. It's so much more gratifying to win that fight than to win a fight that you're supposed to win.”

Most of us civilians would love to fight the easiest opponent possible and not one who can put us through hell for 15 minutes and possibly beat us. That’s not what the real fighters think, though. And that’s why they’re on the business side of the Octagon.

“You can't teach that,” Stamann said. “Who knows where it comes from? I might need years of therapy to figure it out (Laughs), but there is definitely that fight or flight thing that happens to me, and real fighters, they fight every time.”

That’s why you’ll see Cody Stamann with gloves on and a mouthpiece in on Saturday at the UFC APEX. It’s not an easy life, but it’s the one he knows.

“There's always someone coming to take away everything that you're working for,” he said. “And they're not going away. It just keeps happening. So you have to love doing this. You have to really enjoy the lifestyle, the training, the evolution of it, and you gotta enjoy the lumps you're gonna take because everyone, no matter how good you are, is gonna get their ass kicked at some point - in the gym, the cage - and you gotta be okay with that. You have to really love the sport. And I think all the best guys in the world do.”